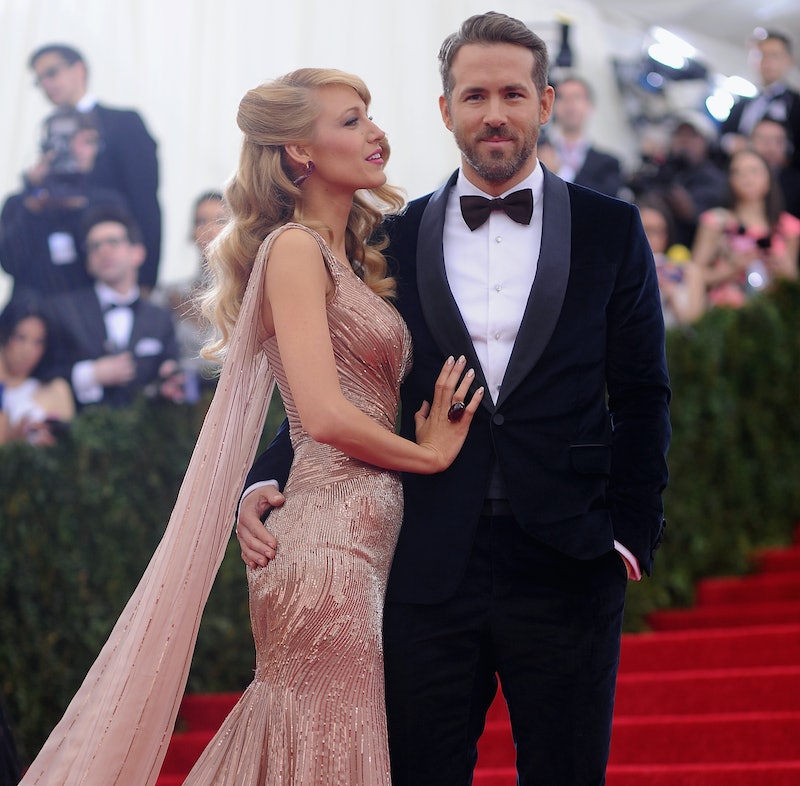 Are you sick of stories about how Blake Lively and Ryan Reynolds are the world's most perfect couple? No, not yet? OK, good. Because I don't think they plan on slowing down their adorable-slash-hilarious antics anytime soon. Case in point? Blake Lively just shared the greatest Father's Day message to Ryan Reynolds.

Sure, all those throwback photos filling up everyone's social media feeds have been cute. Even celebrities have gotten in on the dad photo action — like Justin Timberlake's ridiculously heartwarming picture with his son Silas. But instead of going the mushy route like the majority, Lively had a different strategy. She decided to celebrate her husband and daughter's father with some humor. Lively's Instagram caption?

Happy Fathers Day!!! ...@vancityreynolds Since the day our baby was born, I've felt so strongly in my heart that you were most likely the father. #ILoveYouSoMuchItsSilly

Oh, and she included a slew of emojis — ranging from surprised to winking to heart eyes. Basically a whole spectrum of smiley faces, letting everyone know she was indeed kidding. It's a good joke, though! Obviously Reynolds is the dad of little baby James. He proudly talks about how much he loves being a father all the time. But it's great that Lively has the heart to tease him.

Besides being everybody's #relationshipgoals, these two have proven that they have the parenting thing down to a science. Basically, it takes a mixture of pride and humor. Just a look at Reynolds' Twitter feed proves it!

Here's a round-up of his best parenting tweets:

Fingers crossed that he actually writes a book about parenting. It'd be gold!

Some parents think their kids are the next Van Gogh, but Reynolds is realistic about baby James's talent level. Very refreshing.

LOL at this. Could you imagine if they actually dressed her that way?

Oh, that's why the sun sets? It makes so much sense now.

Happy Father's Day to Ryan Reynolds and all the other great dads out there!