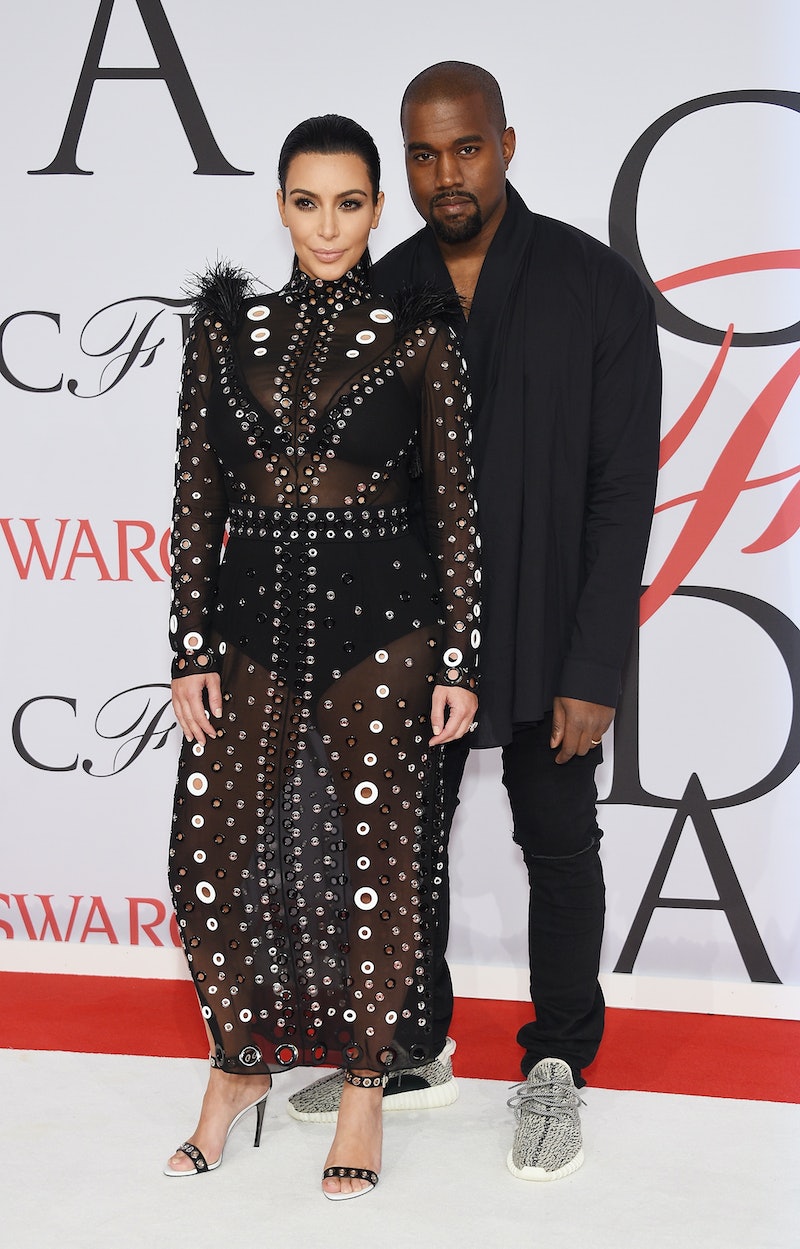 If you haven't heard, let me be the one to fill you in on the good news: Kim Kardashian and Kanye West are having a boy! On Sunday, Kim made the big announcement in a surprisingly subtle (yet adorable) way when she dedicated an Instagram post to Kanye in honor of Father's Day and slipped in the fact that she knows he'll be a good dad to their son. And it's true — even though Kim and Kanye are awesome parents to North, I think they'll be great with her little brother too. They've waited so long to conceive their second child, and I couldn't be happier for them, especially since I've been rooting for a boy all along. But before I start making a Pinterest board for the baby's room, first things first: What will Kim and Kanye's baby look like?

Being that I am not the star of That's So Raven, I cannot accurately predict the future. Fortunately, that's where baby generators come in. OK, yeah, the results are a little creepy, but it's the best I can do. And by testing out several different generators, I think we have a pretty good look at what Kimye baby number two is going to look like — but the real thing is probably going to be way less alien-y.

This baby isn't so bad, right? In fact, I think this is the most accurate one out of all the baby generators I tried. He even looks a little like North!

How beautiful is this baby?! OK, so it looks a little more like a girl than a boy, but Morph Thing didn't give me very many options. Also, why does this baby have one of Kim's eyes and one of Kanye's? I feel like this isn't how genetics works.

This baby is actually terrifying. Please, future Kimye baby, do not look like this. I have a feeling that Kanye Jr. is going to come through the screen and kill me, and there's no way I can keep watching Keeping Up With The Kardashians if a baby that looks like this is on the show.

In conclusion: The baby that Kim eventually gives birth to is going to look way cuter than any of these fake babies. Except for maybe the Morph Thing baby, because it is more beautiful than any of us will ever be.