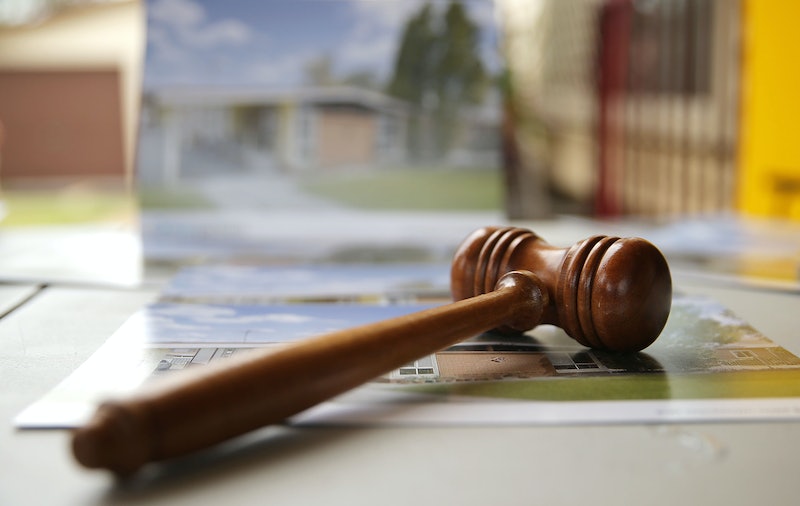 Living in New York City, I've noticed the wide range of surprising jobs related to fashion on the market, but a fashion lawyer? I had never heard of that. Well, that is until Fordham University announced recently that students will now be able to enroll in the first program for fashion law in the world starting in the 2015/2016 school year. For many women, this marks a huge milestone in the fight for fashion to be taken seriously as an industry.

Susan Scafidi, the director of the university's Fashion Law Institue, along with Diane von Furstenberg (no big deal, right?) and Fordham Provost Stephen Freedman, announced today that the university will be offering two programs in fashion law. The first is a Master of Laws (LL.M.) for those who already completed a law degree, and according to Fashionista, it will focus on topics such as fashion financing, fashion modeling law, fashion licensing, and sustainability. The second program is a Master of Studies in Law (M.S.L), which is essentially a master's degree for those interested in the law side of the retail industry. Although a pricey ticket (tuition is up to $53k for the LL.M.), students will be able to gain a highly specialized knowledge on intellectual property protection — a topic many designers (like DVF) feel vehemently about.

"It’s time in a new era of transparency to open that up and to allow people to have the legal knowledge they need to make important business decisions," Scafidi said at a press conference. She continued to stress the notion that many legal firms in New York have branches dedicated to fashion, luxury and retail, and this program will make students more qualified for the position than a simple law degree would. "Why would they hire someone other than people who know the field, as opposed to having to learn it on the job?" she asked.

That being said, it also wasn't easy to make people to accept fashion as its own chapter of the law. "Trying to convince the American Bar Association and the State of New York to give the green light to degrees in a field they’d never heard of was a challenge," Scafidi said. My question: Haven't these people ever seen Legally Blonde ? Clearly fashion is an important part of the law – just look at Elle Wood's iconic pink pant suit!

I kid, but it is surprising that it's taken this long for such a big industry (and form of art) to make waves on the legal side of their own businesses. All of the departments work hand in hand, so it's no doubt that having lawyers who specialize in this knowledge will lift a heavy burden off the backs of designers.

If you've ever wanted to be Elle Woods IRL, now's your chance.