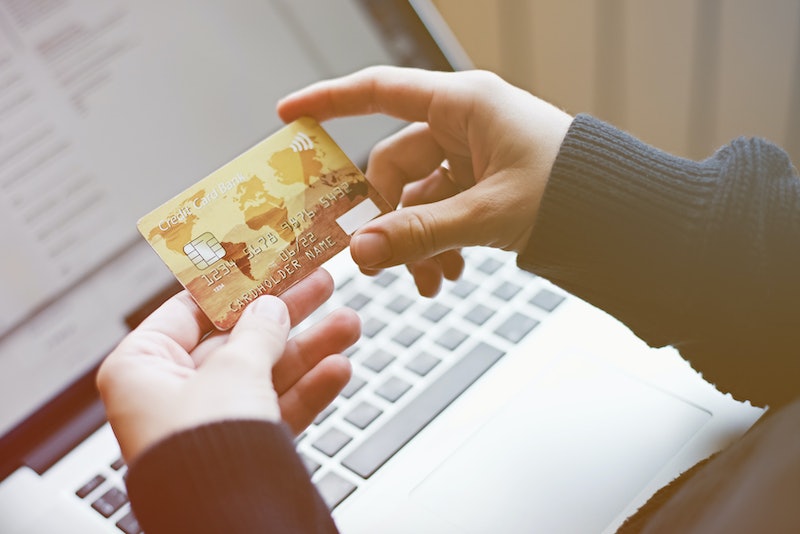 Women love to shop and spend way more than men do, say sexist stereotypes. But can that really explain the results of a recent survey by National Debt Relief that found women have more credit card debt than men?

Yep, the fact that women are still making less money than men across the board is more likely the reason women are forced to turn to credit to make ends meet. Although there are a variety of factors, including lack of financial education for women in schools, Adam Tijerina, Consumer Advocate for National Debt Relief, told U.S. News & World Report that the pay gap is probably the driving force behind these debt discrepancies.

However, these stats don't mean there aren't female shop-a-holics running amok out there while running up huge credit card bills, it's just that there are plenty of male shoppers doing that, too. In fact, based upon the other financial questions the survey asked, the results showed that "males were slightly more likely to be unable to resist sales and buy things that they wanted but didn’t need."

So there you have it. Everyone likes to borrow a little to get something that they can't afford, but women are particularly affected by this problem. So if you're hurting in the credit department, check out National Debt Relief's tips for cutting down, and in the meantime, keep on voting for representatives who believe that the pay gap matters and should be eradicated, ASAP.