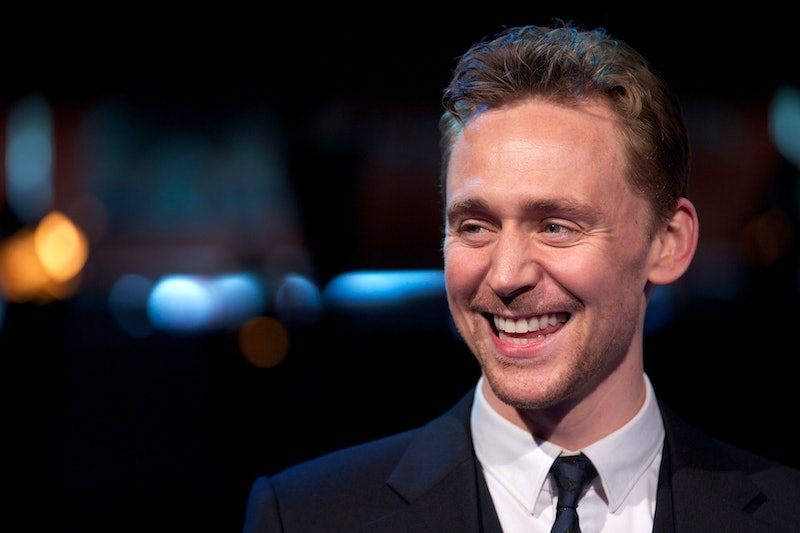 It's no secret to fans that Tom Hiddleston is a versatile actor — but something many may not notice is that this actually extends past his time on set. Hiddleston is so expressive that he actually has a face for every reaction and emotion. He often kills us all with cuteness, seduces fans with his stare, or simply just makes people cry because he's just. That. Good. I mean, did you know that apparently Loki was trying to destroy the world in The Avengers and wasn't the guy we were supposed to be rooting for? Because honestly, I didn't — and throughout the movie, all I could think was, "Man, Loki is way better than Thor." What can I say? Hiddles is just too damn charismatic!

In addition to making us all root for the destruction of mankind with his impeccable acting skills, Hiddleston just has a great public persona — whether he's interacting with his fans on Twitter or just being hilarious in talk show interviews (seriously, someone give him a talk show of his own). Sadly, his next movie, High Rise , doesn't come out until later this year, so all we Hiddleston fans can do is bide our time by revisiting his best GIFable interviews — and the GIFs themselves.

Though he's a true, bonafide Prince Charming, he is also a man of the people, and reflects our emotions in his very expressive, very beautiful face. Here are 1 1of the times that he really, truly got us all.

When You're Feeling Sexy

Hips don't lie, as he tells us.

When You Remember An Inside Joke

Sometimes you remember during the most random moments.

When The Crown Is Just Too Heavy

Getting chills just from this GIF — he really is that good.

When You Stub Your Toe

When Somebody Asks If They Can Have One of Your Fries

Seriously, why don't people just order their own?

When You've Just Got To Dance

When Something Takes You By Surprise

Is "horse magazine" a metaphor, or just a literal magazine for horses?

When You're Drunk And Hungry

Hiddleston knows the glory of Chili's.

When You're Feeling Flirty

Oh, Hiddles — when you talk like that, you make a woman go mad.

When You're Feeling Cool

When You're Contemplating Something Important

It's like I can see the wheels turning in his head. A+ acting. Hiddles, can your next movie come out earlier, pretty please? I'm asking nicely.