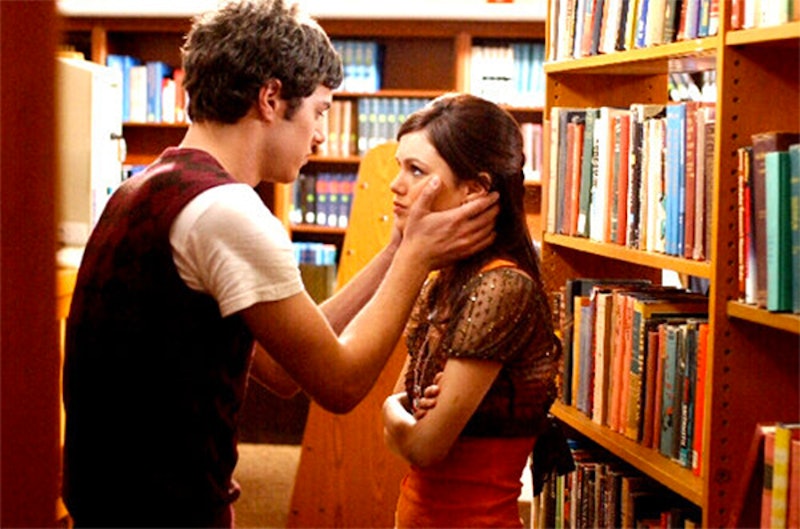 I'll admit it — I was a little late to the party of discovering The O.C. In fact, I missed the entire first season thanks to an ill-timed shift at my summer restaurant job and the struggles of living in a world without On Demand. I felt a little left out every time my friends who were fans of The O.C. started gushing about the series. "Who are these perfect guys you speak of?" I asked. "What exactly happened to this Marissa character in Tijuana that has you all so worried? And what the heck is Chrismukkah?" Luckily, as Season 2 kicked off, my friends sat me down to watch the premiere and assured me I would be hooked by the time the hour was over. Sure, I was confused and I still needed to get caught up, but I could already tell the show was pure genius and perfection. And thanks to my unparalleled marathon abilities, I managed to get through all of the Season 1 DVDs in about a week (#judgeme).

It's been over 10 years since The O.C. premiered, but fans' obsession hasn't waned. In fact — dare I say — it has increased, because as we re-watch, we're consistently impressed by the show's ability to still make us laugh or weep hysterically even though we know exactly what's coming next. So next time you're thinking of trash-talking one of our beloved friends (err... characters), scenes, or songs from The O.C., think again. Here are eight things you should absolutely never say to an O.C. fan, lest you trigger a Summer-style rage blackout.

I'm not even going to dignify this with a response.

2. "The Music Wasn't That Amazing"

Surely you jest! There were countless O.C. moments where the emotion combined with the accompanying music made the scene perfect. From instrumental songs by The Album Leaf to emotional ballads from the likes of Jeff Buckley and Coldplay, it's pretty much fact that The O.C. wouldn't have been the same without its excellent selection of music. And let's not forget the musicians who made guest appearances to perform at The Bait Shop: The Killers, Modest Mouse, The Thrills, Death Cab For Cutie... I could go on, but I believe I've made my point and you now stand corrected.

3. "What's So Great About Chrismukkah?"

Uh, seriously? I'm fairly confident you're only saying that out of bitterness because your family doesn't celebrate Chrismukkah, the holiday where you can decorate with menorahs and candy canes. Still, you better change your tune and acknowledge the holiday's power, otherwise you will never get a Chrismukkah miracle and you'll have no one to blame but yourself.

Eat your words! Whether we were hating on her or loving her, Julie owned every scene she was in and if you don't understand how hilarious she was, then you just don't know wit when you hear it.

Did you really just ask me that? EW! They were symbolic of that fact that Seth and Summer were one another's destiny... duh.

Hold on for a moment, I'm in a rage blackout... OK, back! There was way more to Summer than initially met the eye and that was clear long before we found out about her SAT score and acceptance to Brown. She was more affected by the absence of her mom than she ever cared to admit, she offered up words of wisdom to her troubled BFF, and her love for animals (especially Pancakes) and the environment was real. Plus, the girl had read Madame Bovary five times by junior year. I rest my case.

Au contraire! After the trauma of losing Marissa, her younger sister was a welcome breath of fresh air for Season 4. Kaitlin's sense of humor was way better than her sister's, she helped Julie heal, and her unlikely bond with Bullit was basically the cutest thing ever. Not to mention, the girl had a serious passion for ice cream and she knew it was the solution to any problem.

8. "What's With All The Love For Sandy's Eyebrows?"

Um, how about Sandy's eyebrows were perfect, just like him? And the entire Cohen family? And the show in general?

And now it's time for you to watch all four seasons of The O.C. and learn the error of your ways. If you apologize very nicely, we'll forgive you for your initial ignorance.