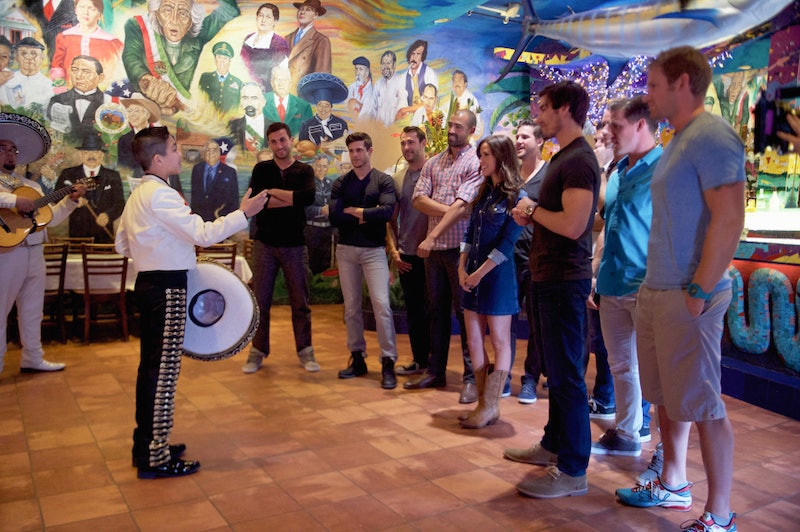 A staple of the American television landscape, The Bachelor and The Bachelorette are now on something like their 85th season. While that is definitely hyperbole, in all seriousness, we’ve seen a lot of Bachelors and Bachelorettes doing their thang on national television in the quest to find their one true soul mate. So much so that I think the show is beginning to feel a little repetitive. Sorry, Bachelor Nation, but aren’t you tired of watching the same stories over and over? The same villains who are not “there for the right reasons”? The repetitive hemming and hawing about how this is the hardest decision the contestants have ever made? Even former Bachelorette Ali Fedotowsky has pointed out that they're starting to recycle group date ideas. So, using our imaginations, let’s change it up, and let’s make The Bachelor/ette more like CBS’ long-running Big Brother .

When Big Brother made its debut in 2000, Americans were blown away by the show’s structure. Sure, we had seen seven strangers picked to live in a house to find out what happens when people stop being polite and start getting real (thanks to MTV’s The Real World), but there had never been a reality show where the contestants were filmed 24/7 on a live feed. Barely any editing. Just watching contestants, like, pick their noses. It worked, too — 22 million people watched the show’s premiere.

Filming The Bachelorette in the manner of Big Brother would absolutely blow the lid off the show, and in a new and exciting way. A huge part of The Bachelorette is the editing: After filming for several weeks, the producers are able to shape and form storylines to their liking. This girl is the tramp of the group. This guy is the damaged, desperate one. This one is obsessed with his dog, and this one has a four-year-old son at home. If The Bachelorette were filmed like Big Brother, producers wouldn’t be able to manipulate so much of the show for ratings. People could form their own opinions about the players in the game, and we’d be able to see (since it is filmed 24/7 live) more of people’s real personalities.

Something else viewers would be in for without clear, edited storylines? All of the crazy stuff that happens when no one is watching. It would be Ashley S. and her pomegranate from The Bachelor all the time, leading to some epic comic relief from the innate drama of the show.

Also, is it just me, or are all of these singing/dancing/rapping Bachelorette dates getting kind of old? It’s boring to watch 25 guys attempt to belt Broadway show tunes week after week. What if The Bachelorette took a cue from Big Brother and forced the men in the house to compete in crazy challenges to get a rose? I’m thinking chocolate pudding wrestling, American Gladiator-style jousting, and maybe a pie-eating contest. That would really add a lot of the show, don’t you think? Also, Chris Harrison would get to use his favorite line all season long.

So it's really a win-win for everyone.