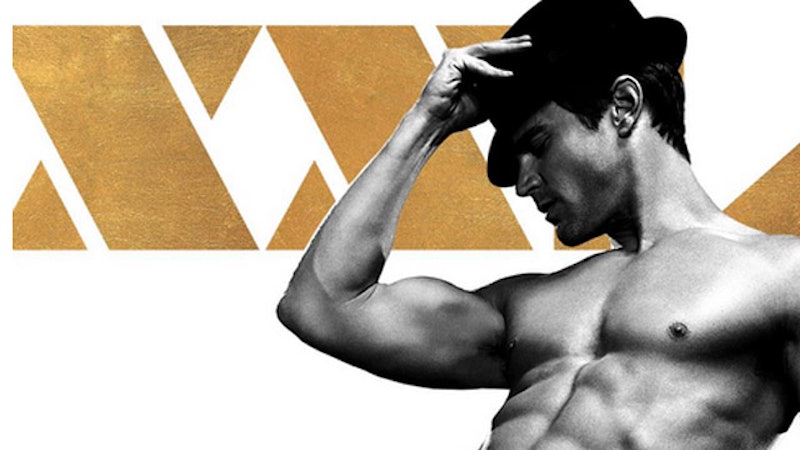 Magic Mike introduced us to the Xquisite dancers, a cohort of characters with a lot of personality and even more abs. Most of these same gentlemen bump and grind their way back into our lives in Magic Mike XXL, and this time we get to know them on an, ahem, more personal level. One character who particularly intrigued us the first time was Matt Bomer's Ken, who the actor described to TheBacklot.com as a "modern day Southern hippie" yearning for his big break as an actor. In XXL, we learn that Ken is even more multi-faceted in his talents, which include- wait for it- reiki healing. But what is a Level Three reiki healer, anyhow?

If those words mean absolutely nothing to you, don't worry; you're not alone. But lest we miss the opportunity to appreciate the full depth of the Magic Mike character, let's take a look at exactly what level three reiki entails.

According to its website, reiki is a holistic healing practice which utilizes the "laying on of hands" to restore and balance one's Ki, or "life force energy." This energy is believed to be transferred through the palms of the practitioner into the mind and body of the student in a process called attunement. Receiving an attunement (typically during a weekend-long course) is the first level of reiki, explains MindBodyGreen.com. Practitioners believe that after being given an initial attunement, one can channel reiki for the rest of his or her life.

Those who wish to progress to Level Two of reiki will take another course a few months after their initiation. This level focuses on a deeper opening of the energy channels. Students practice healing on others, receive additional attunement, and are given the three "reiki symbols." The intention is to increase the student's ability to channel life force energy and share it with others.

Level Three is considered the teaching level, and signifies a true devotion to the practice. There are many variations of courses for this level, but the main distinction is that at this point a practitioner is deeply skilled in channeling energy and can attune new Reiki practitioners. This is the level that in Magic Mike XXL, Ken claims he has achieved, although no one asks to see a certificate. He does, however, (minor spoiler) use the techniques he's learned on his fellow strippers in an attempt to heal them after a minor accident, although he might have been better off asking permission first — they aren't quite pleased with his version of healing.

Undeniably, there is some coy humor in the notion that an exotic dancer would be a master of "laying on of hands," as Ken's Level Three title implies. But if the guy's commitment to his spirituality is as steadfast as his commitment to his dance moves, I, for one, am in full support of his practice.