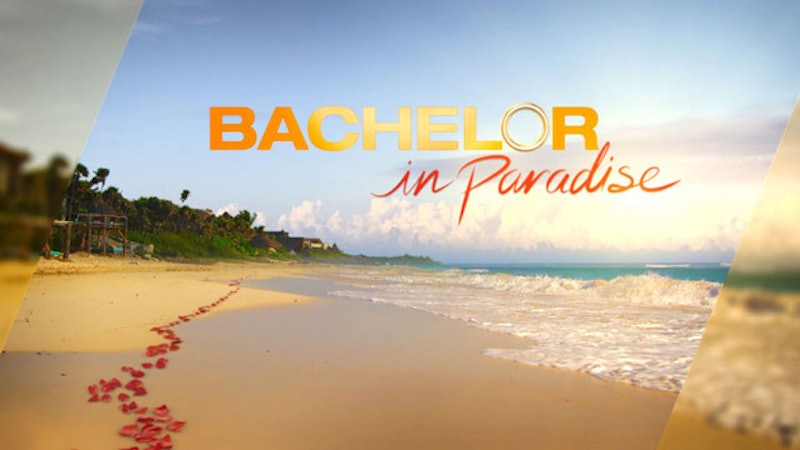 Now that I've finally gotten to a point where I can admit how much I love The Bachelor and The Bachelorette, I can also come clean about the worst part of those shows — when they're over. At the beginning, with 25 contestants all stumbling around, getting too drunk, and jumping in the pool, it seems like the show will go on forever, but then all too soon, we're talking hometown dates and Fantasy Suites, and it's all but over. Which is why I couldn't be more thankful for the fact that Bachelor In Paradise is already casting a whole new group of contestants for its return this year on Aug. 2. They've already stocked up with a bunch of ladies from Chris Soules' season and gents from Andi Dorfman and Desiree Hartsock's, and now my wildest dreams are coming true as we get word that they're adding dudes straight from Kaitlyn Bristowe's season, as well, which is airing right now.

The most recent additions are two of the gentlemen who were eliminated on Monday's episode: JJ Lane and Tanner Tolbert. And because I'm a devoted fan of the franchise, I already know exactly how they'll fit in and what parts they'll play on Bachelor In Paradise.

In case you aren't aware what the deal is with the show, you basically have to pair off into couples or else get eliminated. Every single week, either the men are in control or the women, and the uncoupled person in whatever gender that isn't in power has to leave.

So knowing that, I immediately feel like JJ is going to be the villain, because that's a role he was one hundo percent setting himself up for on Kaitlyn's season. I have a feeling he'll last a few rounds, then get out because he doesn't give off a trustworthy vibe, and you need to be able to rely on people in this game.

As for Tanner, that dude right there is in it for the long haul. He seems like a low-key guy, and was never that far in it with Kaitlyn, so people won't be worried that he still has feelings for her. I think he'll be likable to both the guys and the girls, flying under the radar until there he is at the end, without anyone even noticing he'd lasted that long.

But regardless, there will still be two more rejects (sorry) from Kaitlyn's season joining the cast, so we'll have to see how the chemistry fills out. Just please send someone who's a good fit for Clare Crawley, because that woman has been through enough at this point trying to find a match.