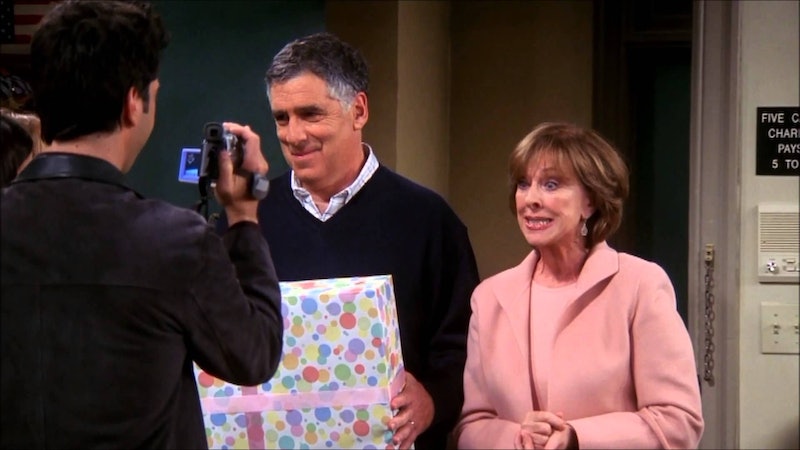 The difficult thing about sexism (other than the whole “gender discrimination” part) is that it’s not always overt. Sexism would be a lot easier to handle if it always presented itself as unambiguous bias, but, in reality, sexism can worm its way into seemingly innocuous encounters and even into supposed compliments. Many women are familiar with praise like “I usually think women aren’t funny, but you’re hilarious!”—comments that are meant to be nice, but are actually rude. Dealing with this kind of sexism is always difficult, but it’s especially tricky when the sexist compliments are coming from your relatives.

If someone at work or in your social life is being sexist, even in a subtle way, it’s fairly easy to either call that person out on their behavior or cut them out of your life. But when it’s a family member—someone you love and want to keep in your life— it’s harder to know what to do. Clearly, if your relatives are being overtly prejudiced, or abusive, or horrible, you have the right to speak your mind and tell them why their words are unacceptable. But the thing is, a lot of the time, your relatives might think they’re being nice. They simply do not realize that what they’re saying could be construed as sexist. With elderly relatives, especially, there may be a generational gap at fault; you’re grandma or your great uncle may be trying to compliment you in the best way he or she knows how, and simply isn’t aware of how conversations about gender have evolved over time.

So, what to do? First, I think it’s important to try to give people the benefit of the doubt. Try to read your relative’s intention, and not just his or her words. Maybe the form of the compliment came out all wrong, but the meaning could still be good. I’m not suggesting that you simply let things go—by all means, if you feel slighted, speak up about it. Just choose your words with care. Instead of saying, “Great Aunt Ethel, you are a sexist jerk!”, try something like, “You know, Great Aunt Ethel, I appreciate what you just said because I know you said it out of love, but when you say things like that, it makes me feel like ….”

These are just a few of the “compliments” that you might find rubbing you the wrong way:

1. “You are just as smart as a boy!” or “It’s great that you don’t let being a girl stop you from being great at hockey!”

Um, thanks? Telling a girl or woman that she’s awesome despite the fact that she’s a woman is a way of telling her, “I think you’re great, but, just so you know, your whole gender is inferior. You’re welcome!” It’s not a nice message.

A real compliment does not require you to throw everyone else under the bus in order to praise one person. Furthermore, “compliments” like this implicitly tell a woman, “You look classy now, but if you dress like that chick over there, you will look sexually impure and therefore worthless.”

3. “Someday your prince will come!”

Little girls automatically get this message from movies when they’re growing up; they don’t need it from family members, too. Sure, most people do eventually want to find someone whom they are compatible, but by constantly assuring a woman that she’ll find her man, people suggest that a man is the only road to happiness—that “happily ever after” means “finding a dude” and nothing else. Why not “Someday your deeply fulfilling career will come”? Or “Someday your exciting and adventurous social life will come”?

(Also, way to be heteronormative. Who says it has to be a prince?)

4. “You look great. Have you lost/gained weight?” or “You look gorgeous! Did you start wearing makeup?”

The second part of this “compliment” negates the first. If one of your female relatives looks great, just say that she looks great. No need to then insult what she looked like before.

Statements like this tell girls and women that their sole purpose on Earth is to fulfill men’s needs, that the best thing they could grow up to be a some dude’s wife. Have you ever heard someone tell a boy that “He’ll make some woman a good husband someday?” I never have. Not once. And that’s a good barometer for people wondering if their own statements might be secretly (or not so secretly) sexist: Would you ever say any of these things to a guy? If not, it’s time to think about your assumptions. (Also, yet again striking a chord with the heteronormativity of this; you could just as easily be "making some woman a good wife someday," while we're examining this backwards compliment.)

I get that this phrase may seem innocuous and nice, and sometimes it is, but hear me out: Women are taught from birth—by their parents, their relatives, the media, and the culture in general—that their appearances are the most important things about them. And they learn this not just from Barbies and ads that promote negative body image, but also from the people around them who are constantly commenting on their appearances. In a ­Washington Post article on parenting, Sharon Holbrook discusses the dangers of constantly telling little girls that they’re pretty, writing,

The more I talk about beauty and looks, even in a positive way, the more I’m conveying the importance of those things. The more I compliment [my daughters] for being pretty, the more they will crave hearing it. And I don’t want to send a girl who needs to hear she’s beautiful out into our culture – a culture that has such a narrow definition of that word “beautiful,” and such a wide array of things to sell her so she can attempt to meet that definition.

Another instance of valuing appearance over all else, this compliment is really saying, “But you’re too female to do that thing you want to do!”

These types of compliments tell a woman that she’s good, but only in terms of her romantic relationships, as if her ability to snag them is her only valuable feature.

9. “You’re so sweet and funny; I can’t believe you don’t have a boyfriend!”

See above. Why not just tell someone, “You’re so sweet and funny”? Why does the compliment have to hinge on romantic relationships?

10. “You look beautiful. Men like a woman with some meat on her bones.” (Or some variation thereof.)

Again, a woman’s value shouldn’t depend on her ability to attract men (or anyone, for that matter).

11. You’re going to be such a good mother some day!

As with many of these comments, this one is all about context. If your relative knows that you really want to have children, then him or her remarking that you’ll be a great mom is a really nice thing to say. But when relatives make comments like this out of the blue, it can feel like that’s the only path they envision for you—because, after all, you’re a woman, and therefore you must want babies, right?