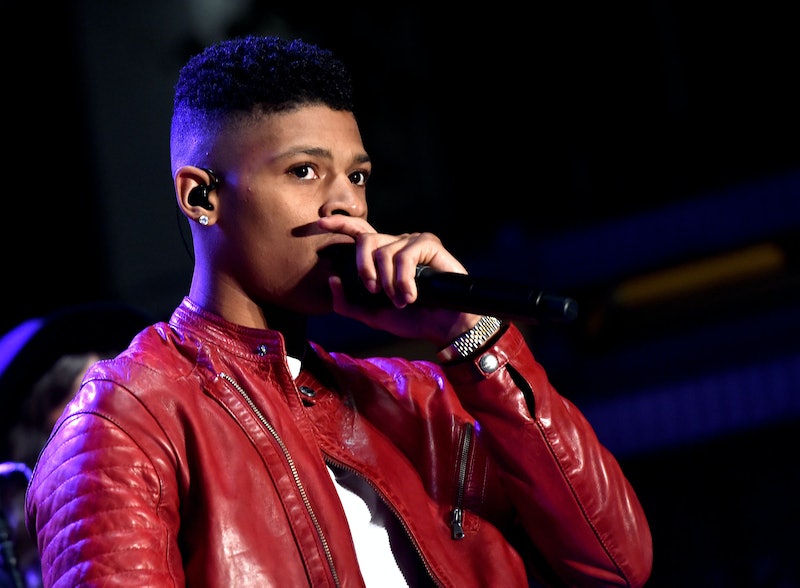 Every time I watch Empire I get so jealous of the cast. Not only are they all great actors, but they also have such great musical talent. Why can't that be me? No matter what I do, I will never be a pop star or rapper, but that doesn't mean that I'm not about that life. I have absolutely no shot at rock stardom, and no one ever wants to hear me sing unless its at karaoke. I'm not the best singer in the world, to say the least, but I have fun with it. And I know that I will never have the musical abilities to guest star on Empire, so the only way I could ever come close is if I sing songs from the Empire soundtrack at karaoke.

With that said, not every song is made for singing in public. Even some of your favorites are not crowd pleasers or the ideal jam for singing in front of drunken strangers. Picking the perfect karaoke song is half the battle when it comes to delivering an enjoyable performance, so if you love Empire and want to pretend to be one of the Lyon brothers or Tiana, then you need to check out my karaoke song recommendations.

"Drip Drop" is an easy song for karaoke for a few reasons. First off, it's a duet so you won't have to go on stage by yourself, which will make the whole experience a lot more relaxing. In all honesty, it's an easy song to learn. It's pretty repetitive which means that both you and the crowd can have any easy grasp on the lyrics and sing along. Plus, it's such an energetic song, making it a perfect song for a fun night out.

2. "What Makes You Beautiful"

This song has a few different versions that we've seen on the show. It's a great song to collaborate on, so once again you will not have to hit the karaoke stage alone, and it's fun and happy, so it will uplift the crowd. Plus, it has that feel of an old time classic, making it perfect for anyone at the karaoke bar to enjoy. And as we saw from that famous scene where Jamal came out during his white party performance, you could even change the lyrics around to make a statement for the crowd.

This song has a rare combination of emotional lyrics and a fun beat. It's another rap-sung collaboration so this means that if you're not comfortable belting out some riffs that you can always take the rap part. It's the perfect song to perform with a friend or even a sibling if you want to channel Jamal and Hakeem. Throw in a lot of exaggerated hand motions to go along with the emotion of the song.

This song did not get a lot of attention on Empire, but the cast really slayed when it was performed at the 2015 BET awards. It's a song with a lot of sexy sass and it's a male/female collaboration, which is pretty rare since show is primarily centered around the Lyon brothers' music. It is also extremely catchy and repetitive so it will be easy for you to master and make your own while you own the karaoke stage.

This would be a great song to perform if you wanted to really live out the Lyon family drama and arrive on stage with a dramatic entrance and have your squad dancing as your back up. This one is gonna take some skills though. Hakeem's first verse is just fire, but if you can master it, you'll definitely be the king or queen of karaoke.

This would be a more chill song to perform if you were trying to throw some shade. I picture someone bringing a bar stool on stage and snapping their fingers while singing along to this one. It is a more relaxed performance but with some really powerful lyrics.

You may not be an Empire star, but karaoke is the perfect venue to pretend and you can't go wrong if you pick one of these songs to sing along to.