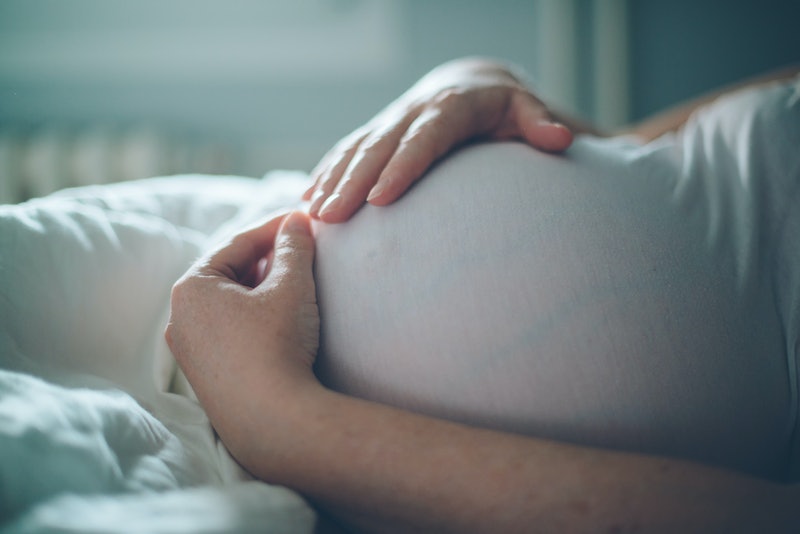 I haven’t even finished discussing whether Bryce Dallas Howard running in heels in Jurassic World was feminist or not, but I already sense another massive debate coming — because Spider-Woman is pregnant. As if female superheroes don’t already have a tough enough time having to fight misogyny in inconvenient, overly sexualized costumes and long flowing hair that’s crying out for a barrette, Spider-Woman now has to add being eight months pregnant to that list. Marvel’s tagline celebrates her as a “parent by day; hero by night,” which sounds to me like she’s being a hero all the way 'round that clock.

The heavily pregnant Spider-Woman can be seen on the cover of the latest issue of Marvel’s Preview , flexing her muscles in a pose reminiscent of the “We Can Do It” posters. Her storyline will launch in October, as part of Marvel’s “All-New Universe” that promises to combine all its parallel and conflicting worlds into one. This is the same move that will be heralding biracial Miles Morales as the official Spider-Man over Peter Parker — which, by the way, is awesome.

Not everybody is happy about Spider-Woman’s pregnancy, however. It’s been less than a year since Spider-Woman’s costume update, which allowed her to hang up her controversial body-hugging Spandex in favor of something a little more... heroic. That was a really positive step away from relegating female superheroes to the sexy sidekicks, and some people are worried that this pregnancy is a massive leap backwards, reducing Spider-Woman to little more than her reproductive abilities.

I actually think a pregnant Spider-Woman is kind of fantastic. The fact Marvel thinks the market will be interested in the adventures of a pregnant woman is a great sign that the demographic of comic books is really opening up. And as far as portrayals of women in the media go, I can’t think of anything better than a pregnant (and single) superhero to show that women can be wonderful solo parents and badass career women — even if their career is literally being Spider-Woman.

More like this
'Bridgerton' S3 Teases Exciting Social Season For Penelope Featherington
By Bustle
The 'Lady Chatterley's Lover' Book Leaves Us With A Troubling Question
By Catharina Cheung
You Definitely Know The Voice Of Shuri's AI In 'Black Panther: Wakanda Forever'
By Brad Witter
This James Bond Event At Abbey Road Studios Was A 007 Fan's Dream
By Samantha Rollins
Get Even More From Bustle — Sign Up For The Newsletter