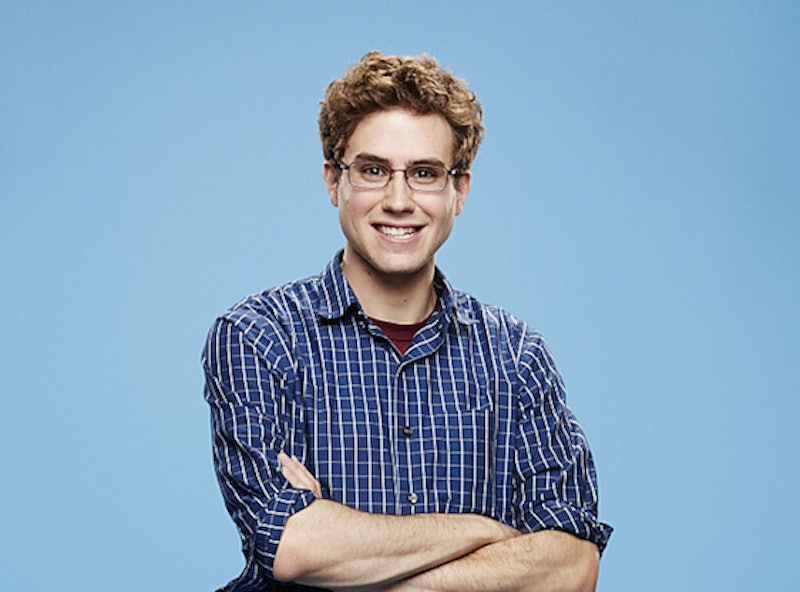 If you've watch Big Brother with any regularity over it's 17 seasons, you know that some cast members tend to fit stereotypes that would be more fitting for a high school movie, like the class hottie, or the jock, or the geek. And this season, "the geek" spot definitely goes to Big Brother houseguest Steve Moses. (Hey! I wouldn't say this if he didn't identify himself as a geek during his introduction video!) While Steve does things like study audio engineering, play with K-NEX, and, on the show, spell "trombonist" during a word competition, he has another side to him, too — a side that doesn't wear glasses anddoes look like a completely different person. Steve revealed his glasses-less self on the live feeds and it made for basically a Steve Urkel/Stefan Urquelle situation.

This isn't to say that Steve looks bad with his glasses. Many fans find Steve totally adorable. Plus, who cares what he looks like, really? He's clearly a superfan who is in it to win it and not to make the world stare at his modeling pics. (What?! Modeling pics? Who said anything about modeling pics???)

That said, Steve's "with glasses look" versus his "without glasses look" is just so startlingly different that it's hard not to talk about it. And not only was he seen without his glasses, he also removed them with a flourish and it was recorded forever in a pretty epic gif. Apparently, Clay gave Steve a makeover and did up his hair with product, put him in a nice shirt, and all that jazz, but the best moment appears to be after the makeover judging by Steve's wet hair. Just look!

I mean, this is like art nerd to popular girl:

The opening scene of a CSI: Miami episode in reverse:

Seriously, though. Fans are freaking out about Steve going from "geek" to "chic."