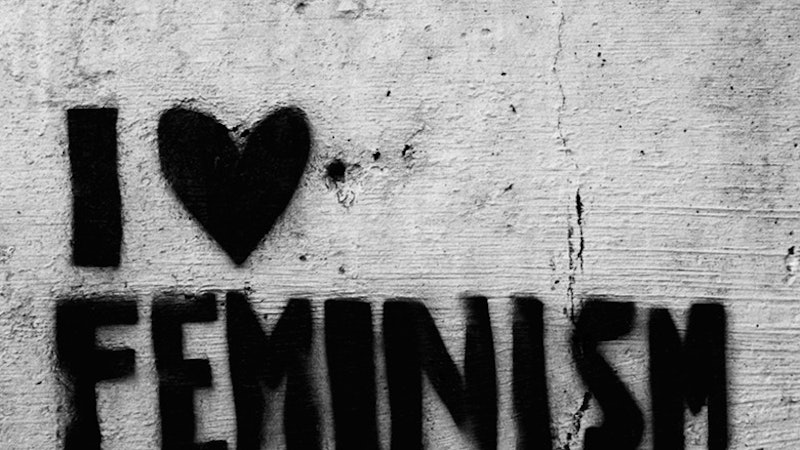 Only 23 percent of women and 16 percent of men consider themselves feminists even though 82 percent of both genders believe “men and women should be social, political, and economic equals,” according to a 2013 Huffington Post/YouGov poll. Why this huge disparity? Maybe because many people think feminism means something more than gender equality. Everyday Feminism Managing Editor Melissa Fabello set out to debunk these myths in her "5 Reasons You Don't Want To Call Yourself A Feminist" video, where she asks, "Why is it so scary to call yourself a feminist?"

The video (at the bottom of this article) adds to an ongoing list of projects and people doing their duty to make sure bad publicity doesn't cost feminism its supporters. Earlier this year, Pulptastic debunked myths about feminism with a tongue-in-cheek quiz classifying readers as either feminists or "sexist pigs" based on their answers to a single question: “Do you believe women and men should have the same political, economic, cultural, personal, and social rights?” Celebrities from Beyonce to Aziz Ansari have also stepped up to declare themselves feminists and urge other gender equality advocates to do the same.

But other influential people continue to spread myths about feminism. Shailene Woodly is anti-feminist because she doesn't support "women over men" (feminism is really about pulling women up from beneath men), Kelly Clarkson rejects the label because she likes her husband to take care of her (a male caretaker sounds pretty feminist to me), and Lady Gaga says she's not a feminist because she likes "beer and bars and muscle cars" (just... side eye).

In case any of these stereotypes have stopped you from embracing the "F" word, Fabello can set you straight about these five myths, which she admits she herself once believed before she realized what feminism really meant.

1. Feminists are all lesbians.

You may be afraid "people might think that you're gay — which is cool, unless you're not," Fabello sympathizes. The truth is, feminists can be gay, straight, bisexual, pansexual, asexual, or any other sexual orientation. If you want proof that not all feminists are lesbians, just ask Anne Hathaway, Lena Dunham, Beyonce, or one of the many other celebrity feminists in relationships with men.

2. Feminists have no sense of humor.

Fabello also understands "you might also be afraid that people will start thinking that you're too serious and that you can't take a joke." Um, excuse me? Have you seen Amy Schumer's standup routines? Or Tina Fey's movies? On the other hand, there are a lot of sexist, racist, and otherwise tasteless jokes that feminists don't find funny, and it's not our duty to laugh about problems that have deeply impacted our lives.

Some people think of feminists as "man-hating," Fabello points out, but feminism is for men, too! Feminism strives to create acceptance for men who don't always conform to their gender roles and to help men who have experienced sexual assault, poor body image, racism, homophobia, and other feminist issues.

"You might also be afraid that you're gonna alienate yourselves from the people that you love who don't share your values," Fabello says, tapping into one of the deepest fears of everyone, feminist or not. This is a real concern; it happens. But you don't necessarily want to maintain relationships with people whose core values go against yours, and openly identifying as a feminist will bring you closer to those who do share your beliefs. In the words of the Twitter user Bitter Chocolate Man:

A less frequently discussed fear Fabello brings up is that you may have to give your life a makeover to stay true to your feminist identity. "It is scary to say 'I am whatever' because it feels kind of permanent," she says. In a way, identifying as a feminist can make you more accountable for your actions: Acting sexist and calling yourself a feminist makes you not only sexist but also hypocritical. But even the most adamant feminists screw up sometimes, and that's okay as long as you learn from it. Also, being a feminist doesn't mean you have to give up your love of pink, The Bachelor, or if you're Lady Gaga, beers, bars, or muscle cars.