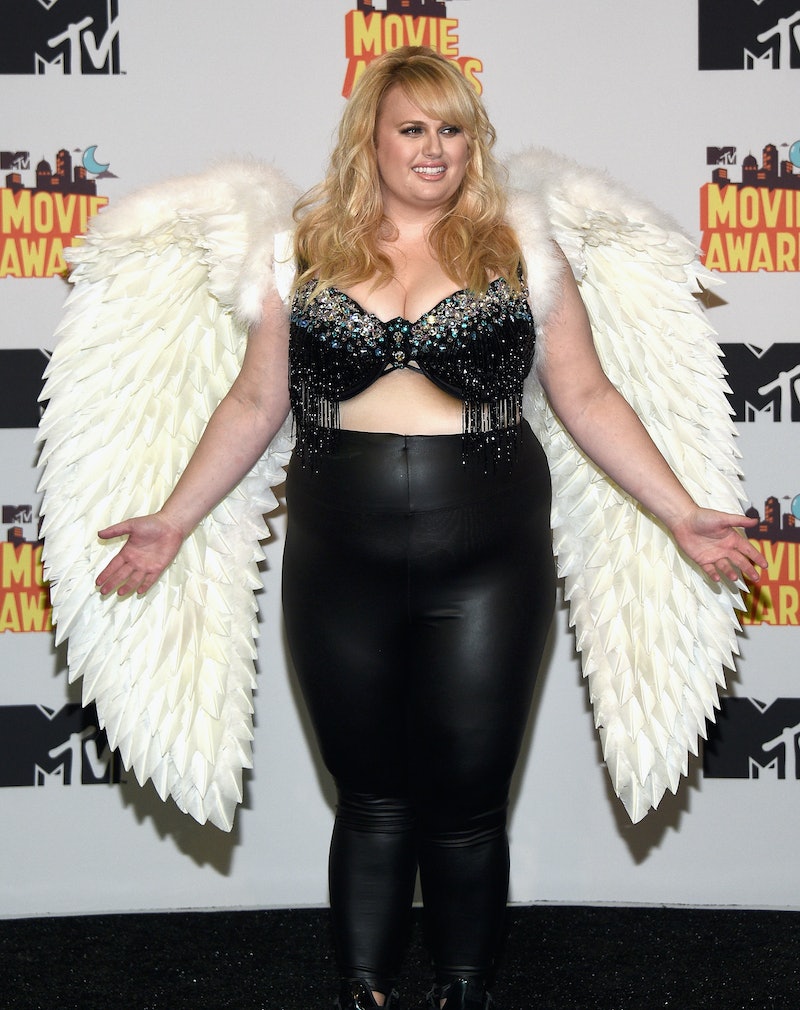 As a liberal, left-wing woman with an open mind and feminist viewpoint, I'd never have dreamed of regarding myself as anti body positivity. But I spent my teens and early twenties navigating low self esteem, mind numbing yet destructive disordered eating patterns, and tunnel vision bouts of body dysmorphia that dictated my thoughts, my intimate relationships, and my social life, and I've experienced firsthand just how destructive Western society's focus on achieving aesthetic flawlessness can be. It's not a surprise, though, considering ideals of the "perfect" female body shape are recorded as early as 1292 B.C., and women have been steadily bombarded with more and more ludicrous beauty product advertisements in print newspapers and women's magazines for over 100 years.

But with the astronomical rise in social media usage among 18-49-year-olds since the early 2000s, and the ubiquity of Internet-ready devices and public WiFi hotspots turning Western members of society into perpetually "tuned-in" Internet consumers, the self esteem and rationality of women is being constantly attacked by narrow-minded and often conflicting concepts of what constitutes physical attractiveness. Low self esteem is on the rise and visible in girls as young as seven, and with 33 percent of girls ages 10-11 wanting to lose weight (rising to 62 percent in ages 14-15), and a massive 47 percent of girls ages 11-14 too under-confident to participate in activities requiring them to show their bodies, it seems that practicing body positivity for all ages and sizes as candidly as we can has never been more important.

However, thanks to the overt objectification, criticism, and soulless deconstruction of women's bodies by many highly influential titles in the contemporary mainstream media, many of us have been brainwashed into unknowingly body shaming, holding shallow, looks-based prejudices, and being generally anti body positive without even realizing it. Below are some common ways in which a body pos-identifying person can fall foul of the body celebratory boundaries:

1. Correlating Success With A Specific Weight Or Size

Success means different things to many different people. For some, it might mean getting that PhD scholarship, or making a go of that business they'd always dreamed of starting; for others it might be being an amazing mother, a brilliant cook, or mastering a triple backflip. Whatever tickles your pickle, man. You do you.

But not only is judging someone's health based on their weight problematic (see my next point), society's obsession with pushing an outdated patriarchal norm on women before they feel comfortable enough in themselves to achieve their full potential is not just offensive, it's ludicrous. The volume of fat on a woman's bones doesn't define her intelligence, her personality, or her work ethic; in the words of Nicole La Barge, "A woman's importance is the change she makes in the world, the way she treats others, the goals she achieves and the hard work she endures to do all of this." So don't let our patriarchal society's size fixation pose your limitations; instead, just leave it coughing and spluttering in your dust until it has the balls to catch up.

2. Believing Only Those Of A Slim Build Can Be Healthy

Obviously the idea that you can determine a person's health by looking at their size is a common misconception, and not just one spurted by trolls or blatant fat shamers. Many intelligent, liberal, body pos-identifying people subscribe to this belief, which is actually — essentially — fat shaming. Your clothing size or weight just aren't indicators of your blood pressure or cholesterol. They don't tell people what kinds of calories you consume, or the amount of exercise you do.

But even if they did, shaming a person of any size for their level of health (however you define health) is never body positive. It's equally possible to be fat and fit, as it is to be thin and unhealthy. But whether a plus size person is fat and healthy or fat and unhealthy, how another human chooses to live their own lives is no one else's concern.

3. Dictating Someone's Diet Or Portion Size By Their Gender

When it comes to dishing out din-dins, many people assume that men are automatically entitled to bigger portions. As a self-confessed foodie, I refuse to pander to this generalization. Dictating someone's portion size by their gender is not only problematic, it's horribly, fundamentally sexist. Men and women come in all different shapes and sizes, each with their own individual nutritional requirements, physical activity levels, and metabolism. But portions should be dictated by the individual consuming the food — whether they're consuming the food because they're generally hungry or just want a damn burrito.

And while we're on the subject, diet shaming: Also not cool, whether you think you're "encouraging healthy eating patterns in your partner" by turning your nose up when they order a burger, or "complimenting" your colleague by calling her a "rabbit" when she orders her third salad of the week. It's their diet, and if they didn't ask for comment, it's none of your business. So just don't.

4. Attributing A Style Of Clothing To One Body Shape

Fallen in love with a beautiful peplum skirt, but wary of buying it because a style guide deemed your body pear-shaped? Found a gorgeous, body hugging dress that could have been designed purely for you, if only you weren't "an apple?" Find a full-length mirror, lose the layers, and give your body a long, hard stare. See the mottled, green and red skin? The stalk, surfacing from your scalp? The leaves sprouting from your ears? No? That's because you, my friend, are not an extra in a fruit bowl. You're a human being.

All body shape guides do is encourage women to be ashamed of specific parts of their bodies, and aspire to fit into a restrictive carbon-copy category; fat shaming or skinny shaming you into submission. And what the hell gives someone you've never even met before the right to determine what you like about your body; or what you can and can't wear? So flaunt the bodycon, the thigh-skimming hemlines, the deep V-necks, whatever your shape or size — because personal style is just that: personal.

Leading on from the above point, the proliferation of body shape guides has caused us to become au-fait with a range of anti body positive terminology. Noticed the terms "figure flattering"or "tummy controlling" rattling around in your vocabulary lately, or been persuaded to purchase an item of clothing for its ability to "hide" or "minimize" your wobbly bits?

You may feel like these terms are touted by publications attempting to help you deal with your insecurities, but in fact they rally harmful, unnecessary self criticism that encourages you to objectify each part of your bod separately, instead of as one unique, powerful package. I'll tell you what's figure flattering: A positive mindset that isn't constantly lambasted by narrow-minded, agenda-driven magazines in their shallow attempts to sell merchandise. BOOM.

Yes, I'm looking at you, Meghan Trainor. Using of phrases such as "real women have curves," referring to thin women as "stick figure Barbie dolls," and, more recently, "thigh gap shaming," is lazy, insulting, and completely alienates an entire female demographic. Whilst thinness goes hand in hand with the vision of "aspirational" and "ideal" beauty we are constantly fed, many women are naturally thin. Many people genuinely prefer the way they look and feel when at a smaller size. Many people can't gain weight, no matter how hard they try. And skinny shaming is no less malicious or potentially destructive than fat shaming (although it isn't, however, nearly as prevalent or engrained).

If you're challenging someone's femininity and personal worth based on the width of their waist or the thickness of their thighs, you're displaying an archaic prejudice. Full stop. And with so many other components at play in a person's makeup, what gives you the right to write someone off, based on the digits on their scales? That goes for women at all sizes of the spectrum.

7. Viewing Aesthetic Symmetry As A Woman's Most Valuable Attribute

According to an immensely problematic, insecurity-perpetuating article by British newspaper The Daily Mail, "A woman's beauty really IS the most important thing to a man." Aside from the fact this article unfairly generalizes the preferences of the whole world's male population on the back of a comparatively small sample group — essentially enslaving them to their biology — it raises a valid point about female self validation, encouraging women to compete for "most aesthetically pleasing face" for the chance of winning the hand of "most desirable male."

But, you know what's immeasurably more satisfying than being donned "fairest of them all?" Taking yourself out of the beauty contest rat race, and refusing to use the looks of others as a benchmark for calculating your own self worth. Because whose business is it if you shave your legs every day, once in a blue moon, or never at all? Whose business is it if you can feel your ribs when you lie down or if your tummy wobbles when you walk? It's your body, and it should be determined by nothing but your own personal preferences. We wouldn't judge our sandwich by the packet it came in, so why judge ourselves in that way?