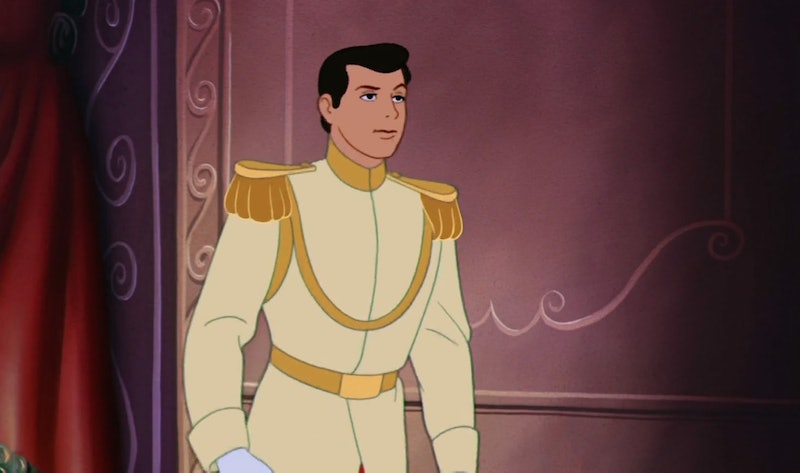 The time has come, my friends, for a total revamp of the whole Prince Charming shtick. Not only has Disney recently purchased the rights for a live-action Prince Charming project, but the script for the film is being described as " revisionist." Oh reeeeeally? A revised version of the Prince Charming tale? TELL ME MORE.

There is a whole slew of talented folks already signed on for the film — Matt Fogel, who wrote the script, and then David Hoberman and Todd Lieberman, who are producing — but other than who is on board for this exciting project, very little is being released about the thing. Apparently, Disney is keeping that locked away in a tower somewhere... along with that dead rose from Beauty and the Beast and Rapunzel’s mile-long hair, I’m sure.

So, what’s a Disney-obsessed girl to do until more telling details are released? Why, obsess over the few clues she does have, of course! Like, I want to go back to this whole "revisionist" description of the new Prince Charming tale, because I can think of A LOT of ways that I would like to revise the story. Here is a list of ways that I hope this live-action Prince Charming movie totally changes things up:

1. Let The Women Save Themselves, Please

Really. Females are more than able.

I swear, all of these perfectly romantic men in movies are doing more harm than good. Those of us who grew up watching perfect men have grown up to find that there’s no such thing, so maybe give Prince Charming a flaw or two, please?

4. Also, No One Help That Girl Do One Thing She Is Perfectly Capable Of Doing Herself

No dwarfs. No birds. No cutely accessorized mice. The girl can get out of bed herself each morning, really.

5. No One Transforms From “Ugly” To “Beautiful”

We should all be accepting others that they are and realizing everyone is perfect and beautiful in their own way.

6. No Undertones Having To Do With "Purity"

Like, maybe Prince Charming has dated around a bit. Maybe his leading lady has, too. If this season of The Bachelorette has taught us anything, it is that there is NOTHING WRONG WITH THAT, people.