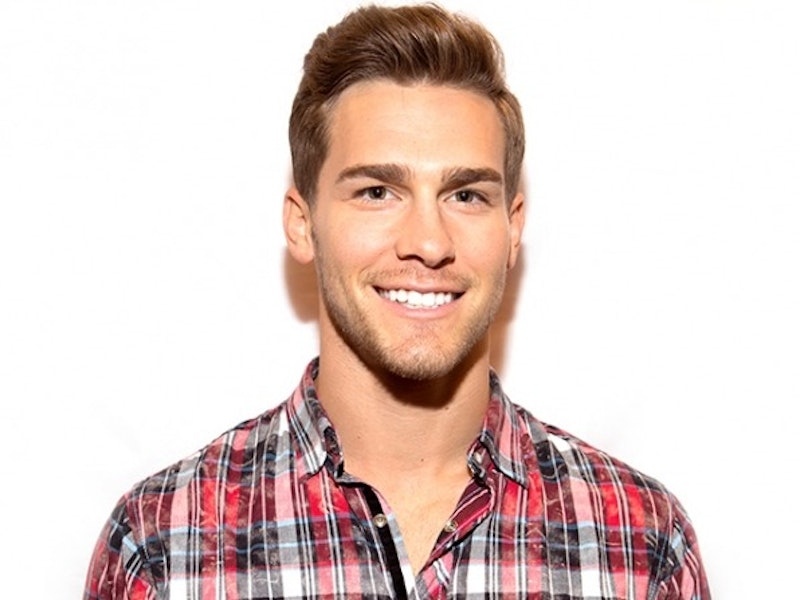 I want to start this by saying that I'm not just claiming that everyone should join an alliance with Clay Honeycutt because I've been blinded by his abs. I think Clay is a genuinely great player. Sure, to be in an alliance with him means to constantly be in danger that he might turn against you to protect or help Shelli, but their showmance is adorable so that makes it OK. The fact of the matter is that there's more than meets the eye when it comes to Clay the former model, the former Texas A&M football player, the current love of every Big Brother fan's life. He's playing this game a lot better than anybody even realizes, and he's done that without even getting a huge target placed on his back... yet. The house guests have all figured out the BB17 Twin Twist, but no one has guessed that Clay is a football player. Need I say more?

The thing about alliances on Big Brother is that they never last. No matter who you ally yourself with, it's likely that they'll throw you under the bus or help get you out of the house as soon as they get a better offer. And, when it comes down to being between you and saving themselves, everyone is going to betray their alliance to go further in this game. But, at this early stage in the competition, Clay is the one you want in your corner to help you go further in this game, and here are nine reasons why.

1. He Can Get You Out Of The House In Seconds

Clay and Da'Vonne had an argument, and all Da'Vonne wanted was a genuine apology from him. Instead, Clay more or less yelled at her for being ridiculous, and then, as soon as he had Shelli's ear at HoH, he put the moves in play for Day to be evicted. Over something that he did by betraying her trust despite the fact that they were in an alliance! That's cold, but it's the kind of cold that will get him further in this game.

The boy used to play football. If ever he wants to win a competition of strength, he can totally crush it, and he has already proven himself petty enough to go up against anyone who does him any kind of wrong. You definitely want him on your side, even if you have to lie through your teeth about liking him as a person.

3. People Listen To His Opinion

Clay doesn't go around giving a lot of opinions, mind you. I mean, he's not Audrey. But he knows when to volunteer information, when to go along with what's happening around him, and when to play the pretty fool to keep people from expecting too much of him. He's more calculated than people realize, which is definitely someone you want to keep close.

4. He Can Lie Better Than The Poker Players

Seriously, how has no one figured out he plays some kind of sport yet? LOOK at him.

5. No One Is Going To Vote Out The Model

Because then the hottest guy in the house would be Steve without his glasses on, and we'd get a lot less shots like this one. Who is going to vote out the model? No one. He won't be a target... unless maybe Audrey gains control.

6. He Gets Along With Most Of The House

Clay's social game is stronger than Jace thought his was. Aside from Da'Vonne, is there anyone who has been saying anything negative about him? Other than that he talks to Shelli too much? But, then if he talked to any of the house guests, the other ones would whisper that he takes to them too much. Everyone seems to like him as a person. Right now, that's a valuable thing.

7. He Knows How To Keep The Blood Off His Hands

See the part where he's trying to get Da'Vonne evicted from the house, and no one knows that it was his idea in the first place. Shelli is the one with all the blood on her hands, moving against Da'Vonne and betraying Becky — and the needs of the house — to do so.

8. You Won't Know You're His Target Until It's Too Late

9. Shelli Is Protecting Him

Their showmance is working in both of their favors right now, but the passionate way in which Shelli refused to allow Clay to put himself on the block for fear that he might inadvertently get sent home was both sweet and silly. Shelli needs to think more about her own game than about Clay's — but, while he's still under her protection, joining an alliance with him gains you two strong players to work with at once. What could be better?