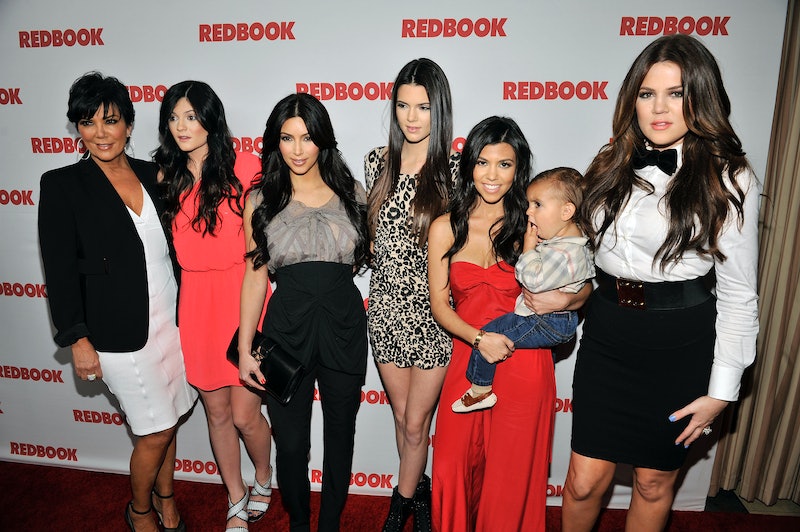 After nearly a decade and, like, 10 million episodes, I think we can all agree that Keeping Up With The Kardashians has brought a lot of joy into its fans' lives. Between giving us an inside look at the actual, day to day lives of the Kardashians and letting us watch how often they make fun of each other, this show is basically perfection. And, in all of those episodes, it's only natural that a number of relationships have come and gone. There have been so many breakups, divorces, friendships that have ended, and a number of pets who have appeared on screen only to disappear into thin air days later that it's hard to keep track of (or keep up with) them all. What can I say? The Kardashians are busy people, and that means KUWTK has been a revolving door of all kinds of relationships.

In fact, if you think about it, KUWTK isn't so much a reality show as it is a love story (just go with me on this one) between different people and the seasons have let us watch the relationships progress through the years. And, of all the various relationships on KUWTK, it was hard to narrow it down to 14, but I'm pretty sure these are the best ones (platonic or not), ranked.

Even though they fight sometimes, they're still always there for each other. It must be awesome to have a built-in best friend!

After seeing how heartbroken Kim was when she divorced Kris Humphries, it was awesome to see her get her happy ending. And, whether you like Kanye or not, there's no denying that these two are both adorable together and perfect for each other.

Speaking of adorable together... Kim's an awesome mom, and it's obvious that she loves spending time with her daughter.

If you follow her on Twitter or Instagram, you already know this is true, and she spends plenty of time on the show documenting her every move.

Even though his various career paths have seemed somewhat mysterious, there's a reason for it: Scott loves being rich. Fewer things make him happier than what money can buy (except for his kids, maybe).

She published an entire book of them. I think this one speaks for itself.

No matter how many times Kris insists she doesn't have a favorite daughter, it's so obvious that Kim is her golden child. Makes sense — she's the major breadwinner in her Momager's life.

Wait, I think this is where Kim gets it...

Or actually, THE ENTIRE WORLD and Kim's crying face, because it's amazing.

Even after Kourtney and Scott's split, Khloe has been there for Scott when he needed it.

I'd freak if I lost my earrings in the ocean, too, but it's not like she couldn't afford to buy new ones.

This one is going to make me cry to write about, since Kourtney and Scott are now broken up, but their love will live on in KUWTK perpetuity. R.I.P., cutest couple ever.

2. Scott & Making Fun Of Everyone

If anyone kept these people in line, it was Scott, and hilariously so.

He was so heartbroken that it floated away from him, but it did turn into the cutest scene ever. Scott's right, Mase — if it's meant to be, he'll come back to you.

KUWTK, never change. And, if the show lasts another 10 years like I hope it does, this list is sure to get a lot longer with even more wonderful couples and friendships for the reality TV ages.