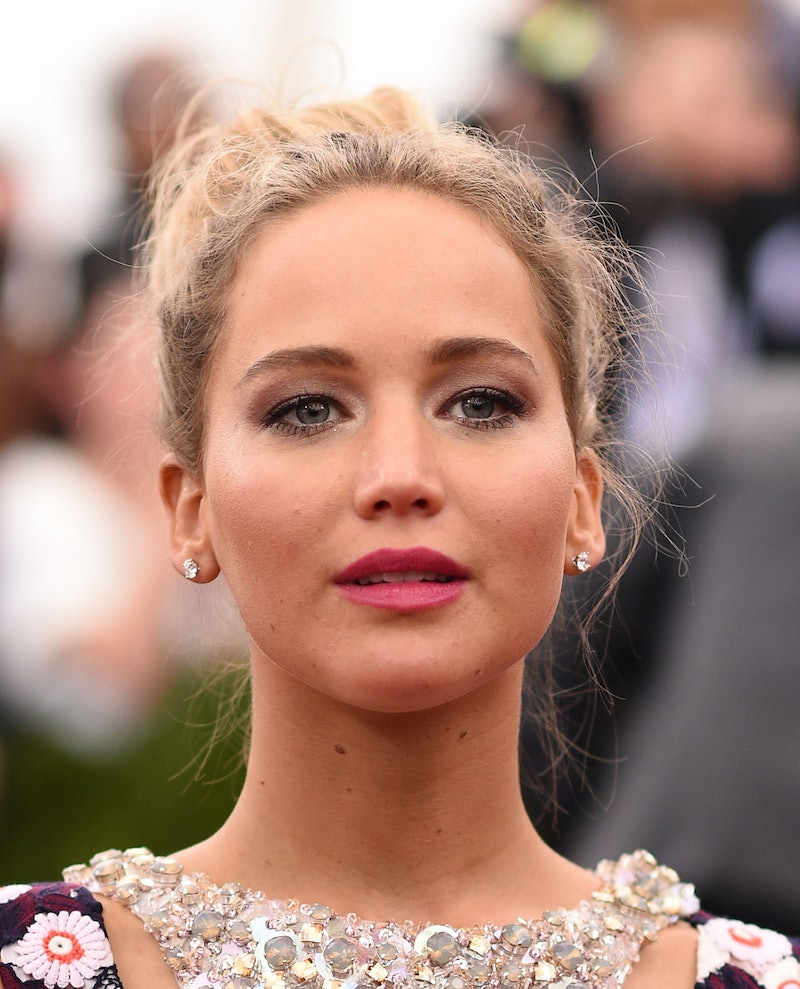 I'm not exaggerating when I say everyone in the world wants to be best friends with Jennifer Lawrence. She's the people's champion of Hollywood, the grand master of snacks, the Queen of "IDGAF." Jennifer Lawrence is essentially the coolest celebrity on the planet and her life is the stuff that gal pal dreams are made of. Some of Lawrence's closest friends are her male co-stars including Bradley Cooper and Josh Hutcherson. Her Hunger Games partner in crime has reportedly been dating Spanish actress Claudia Traisac since 2013 when they met on set of Escobar: Paradise Lost, but the couple has been very hush-hush about their relationship until recently. Since J. Law and Hutcherson are so close, you have to wonder, are Jennifer Lawrence and Claudia Traisac friends?

There's no evidence that points to the two actresses having a relationship just yet, but I wouldn't be surprised if they were pals. Both Lawrence and Hutcherson are very private people, so even if Lawrence and Traisac were friends, they wouldn't let the media know about it if they could help it. Both women are gifted young actresses, have classic Hollywood style, and enjoy keeping a small crew of close friends. According to a 2014 interview with Marie Claire, Lawrence has pretty clear cut rules for making friends: "I don't trust a girl who doesn't have any girlfriends." Traisac's Twitter account is full of snaps of her and her best friends — it totally looks like a scene Jennifer Lawrence would fit right in.

I guess we will just have to wait for the Mockingjay: Part 2 premiere to see if these gals have bonded. Until then, you can take a look at Hutcherson and Traisac together...

And Hutcherson and Lawrence together...

And just try to imagine the friendship to come!