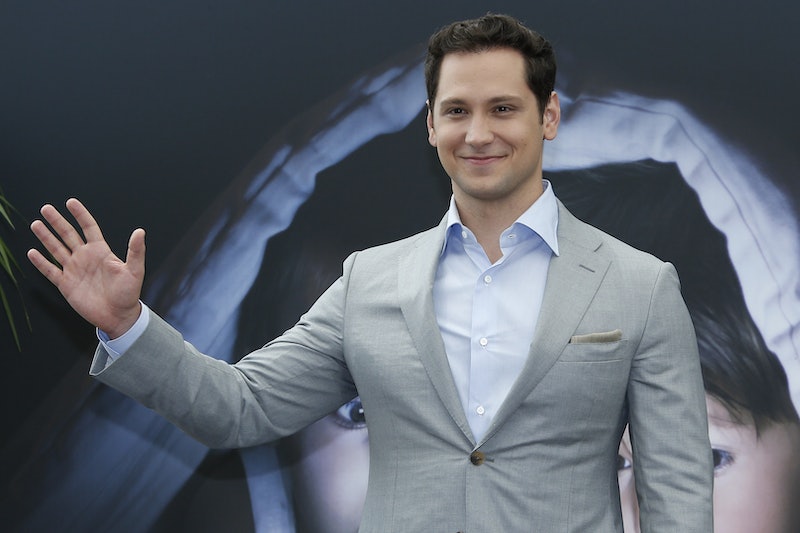 Orange Is the New Black and How to Get Away with Murder actor Matt McGorry is definitely for women's rights. Whether he's declaring himself a feminist or fighting for equal pay, the 29-year-old is all about gender equality. Well, his support for women is marching on. On Wednesday, Matt McGorry joined the #FreeTheNipple campaign by sharing what some might constitute as a NSFW photo, along with some help from Miley Cyrus and Chrissy Teigen's nipples. As he wisely explained to Bustle during a phone interview,

I post about the things that I relate to at the level of knowledge that I have, which is not an expert level of knowledge. But, I do think I have a lot of common sense and general decency, which I think is a good start, and I try to go from there. I just posted a FreeTheNipple post and it's something I learned about relatively recently, and then it came out, and it's on my mind a lot — all the different aspects feminism and gender equality are on my mind a lot, and I'm just sort of happy to be able to try and support that.

As you can see below, the post is from his bodybuilding days in 2010. However, rather than showing his own nipples, he photoshopped one of Cyrus' and one of Teigen's nipples onto his own chest, which he took from their Instagram posts that were removed from the social media platform for being inappropriate content. It seems as though McGorry is finding inspiration from the women who have been photoshopping male nipples over their nipples to make an important point about men's and women's "bumpy buttons," as the actor hilariously calls them in his Instagram post.

Like he did with Bustle, McGorry got honest real fast in his IG post. Not only did he admit that he is new to the #FreeTheNipple campaign, but he explained what he understands about it and why everyone should support it. He wrote,

The banning of women's nipples may sound normal or even inconsequential as you think, "well, women's nipples are more sexual than men's nipples”. But that’s not some scientific fact. It’s because of how our society so heavily sexualizes women. And it should be up to the individual woman to decide if she wants to show them, just like men have the choice.

It's important to note that the actor isn't trying to pressure women into sharing their nipples on social media or in public, because, as he says, every women has the right to "keep 'em swaddled!" However, if that's what women feel, they still should "support the freedom of CHOICE of the INDIVIDUAL woman to do this even if YOU don’t want to."

Like McGorry, many famous faces are fighting on behalf of #FreeTheNipple, including Teigen, Cyrus, and Scout Willis. They seem to agree with McGorry that the right to expose nipples isn't about "getting an even tan," but rather a huge step forward in changing how women are objectified, double standards, and achieving gender equality and equal rights, overall.

Thank you, Matt, for being you and for all of your support.

More like this
Everything To Know About ‘The Handmaid’s Tale’ Season 5
By Amanda Whiting
Jennifer Aniston Joked About Ending 'Friends' With Therapy & Divorce
By Grace Wehniainen
‘Euphoria’ Star Dominic Fike’s Amber Heard Comments Got Him Booed During A Show
By Brad Witter
Meghan Markle Brought Flowers & Donations To The Uvalde, Texas Shooting Memorial
By Grace Wehniainen
Get Even More From Bustle — Sign Up For The Newsletter