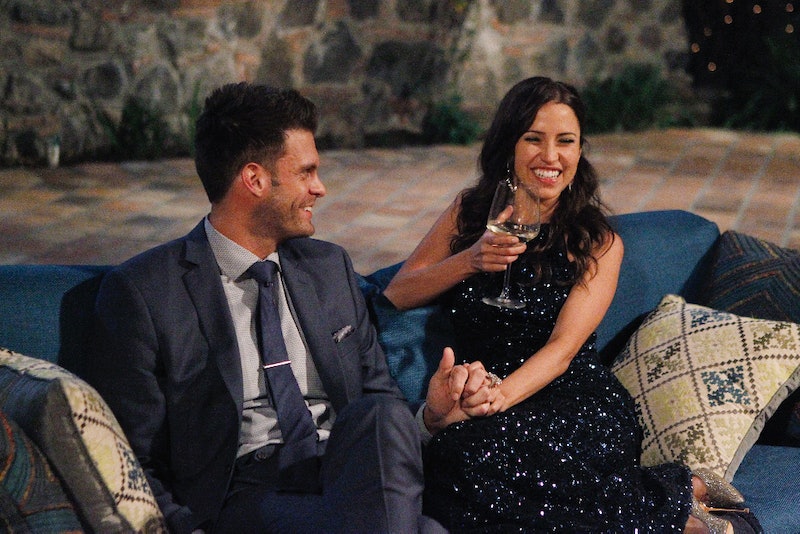 It all started as a simple dating show where men got to choose between 25 lovely ladies to be their bride. 13 years ago the first season of The Bachelor aired on ABC and since then The Bachelorette, Bachelor Pad, and, best of all, Bachelor in Paradise have all graced our TV screens. Yet, somehow, we still can't get enough of The Bachelor and all the familiar faces that have popped up from season to season. For awhile I have been writing about how former Bachelorette stars Britt and Brady need their own show, but then I started to realize that they aren't the only former contestants that need a spin-off show. What about Chris Soules, Clare Crawley and the famous Michelle Money? I can hope for one of them to be cast in Bachelor Pad or Bachelor in Paradise, or I can come up with some ideas of my own for the producers of The Bachelor. You're welcome for these eight awesome Bachelor spinoff shows.

Before we get into the faux TV shows that I wish were real, there are a few things Bachelor fans have left to look forward to while we wait for the current season of The Bachelorette to wrap up. First, we have the Men Tell All, which is everyone's favorite episode, and it's rapidly approaching. Maybe the men can shed some light on why an influx of them this season headed out the door of their own accord versus being booted during a rose ceremony. Also, I would like to hear Ian try to explain why he's he's the absolute worst. Then, on August 2, we get a two-day premiere of Bachelor in Paradise, where we will see many men from Kaitlyn Bristowe's season try to find love with other former contestants, mainly from Chris Soules' season.

Maybe one of these show ideas can can fill that void between BiP and The Bachelor during the year.

1. Singled Out: The Bachelor Edition

Remember the MTV show where there was one person and about 50 eligible contestants and they would be eliminated based off multiple choice questions? At this point there are enough former Bachelor/Bachelorette contestants where there could definitely be some match-ups found via Singled Out, AKA the best dating show of the 90s.

2. The Millionaire Farmers Of Iowa

Let’s round up all the millionaire farmers of Iowa and have a show about them being rich farmers. Chris Soules would be a freaking hit on a show like this and, who wouldn't want to see a series dedicated to hot single men who work on a farm?

Have you ever noticed how many hairstylists pass through the doors of the Bachelor mansion? There's a lot, and I bet if we rounded them up and gave them a hair salon together, we could probably get some great drama going. Especially since the star of the show would obviously be Ashley S. from Chris' season. It would be kind of weird, but also amazing. It's like the Bachelorette version of Jerseylicious, you know, without the big hair and long nails.

Guys, it’s time for Clare Crawley and Michelle Money to shine and be the awesome women they are. If you’ve ever seen The Walking Dead you know that immediately following the show, Chris Hardwick hosts a show where he talks about what everyone just watched, while critiquing and talking to members of the cast. This show could be hosted by these ladies because they have lots and lots of opinions, and I think everyone wants to hear them. They could bring on former contestants every week to chat about the show and have the producers sit with them too.

5. The Newlyweds: Marcus and Lacy

Forget Nick Lachey and Jessica Simpson, because Marcus and Lacy starting their life as a married couple is something that many of us want to see. Plus we're "80/40" percent sure Lacy will have some awesome slip of the tongue one-liners on this reality show.

After her split from Josh Murray, Andi Dorfman packed her bags and headed to the big city. It would be fun to watch Andi navigate her way through the city and seeing what she's up to in New York. I imagine it to also star Nikki Ferrel, since they seem to be hanging out together a lot these days.

If there was a way to throw former Bachelor contestants together on a show like Survivor, it would be a hit. Watching them attempt to make their own food and compete in order to eat... It would probably be some of the best TV out there. I would pay big money to see Ashley I. trapped on a desert island without any type of makeup or hair product. Quite the difference from the cozy mansion they are all so used to.

I imagine this to be somewhere along the lines of Amanda Bynes' The Amanda Show, but much much better. I think everyone would tune-in for Ashley S. onion ramblings.

More like this
JoJo Fletcher & Jordan Rodgers Got Married In A “Playful & Fun” Wedding
By Grace Wehniainen
Kanye Walked Out Of Kim's 'SNL' Monologue Because Of These 2 Words
By Jake Viswanath
The Richest 'Bling Empire' Cast Member Is...
By Hugh McIntyre
G Flip Shared How They Got Romantic With Chrishell Stause & Discussed Babies
By Brad Witter
Get Even More From Bustle — Sign Up For The Newsletter