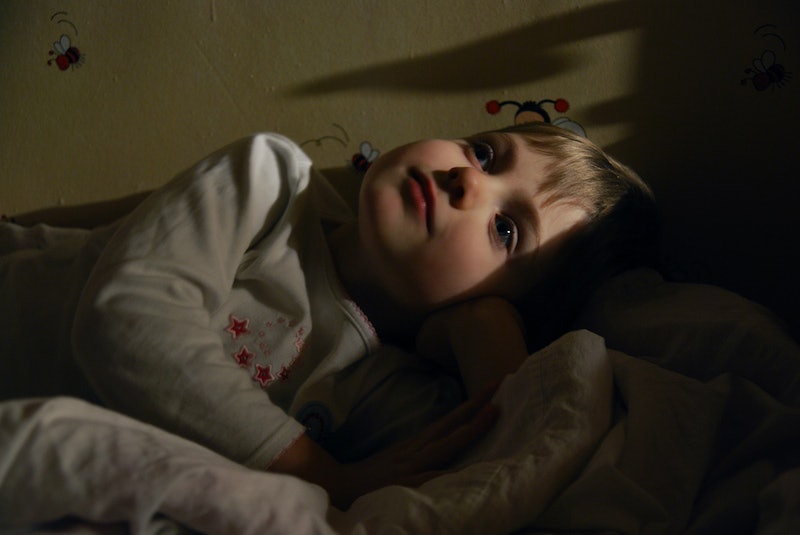 Did your fifth grade yearbook include a professional aspiration beneath each awkward 11-year-old's mug shot? Mine did. Those career plans were certainly more diverse than when we were five and defaulted to firefighter or ballet dancer, at least. But it's those early dream jobs we have as kids that define us adults.

Little kids are weird as hell. I love (most of) them to death, but their candor and oblivion to social construct sure is remarkable. I personally zig-zagged around a whole, whole bunch as a child when mapping out my future. Hours spent snowed in by my grandmother's electric organ inspired a brief musician aspiration. Shortly after that, I turned focus to considering literally joining a convent. Seriously, I was in second grade and the plan was to be a nun. That clearly shifted, too, and made way for my short interest in acting. That...never did anything, either.

Some other people know right away what they want to do. A childhood friend of mine always had great finesse slicing up steak during Sunday dinners. She later graduated with a neurosurgery degree from Vanderbilt (she now runs her own catering business, but that's unrelated). And honestly? Even though I was intrigued in wearing a habit, I always wrote and kept that in my back pocket. Just in case. Well...haha...

Anyway, here's what your childhood dream job tells us about your adult life reality:

You take a pretty practical approach to life and personal relationships. You're excellent at time management and developing songs to help you remember things like your social security number or how many beers are too many beers. You can wear literally whatever earrings you want.

You greet animals during any walking commute but completely disregard the owners. You're a vivacious, fun person, however your penchant for literally speaking for pets can become grating. Although your accents are quite impressive.

You still set out for the best every chance you get. Friends often grow frustrated when you're in charge of dinner plans since the group emails include five Yelp links at a minimum.

You enjoy astrology (which, yes, YOU know that's different), but only selectively (and secretly).

You can finally use whitening strips as directed with great results.

You have a closet full of those plasma globes from Spencer Gifts. They haven't always been there. For years they proudly sat on your mantle like a row of wise jellyfish out of water. Until decorative pinecones usurped their spot.

You have every movie ever on a cloud somewhere.

You have previously or currently live in Florida. (You maybe even made this dream a reality, TBH.) You're a bit vain.

You're always first to suggest happy hour and prefer baths to showers.

You sometimes snack on dog treats.

ALWAYS forgetting where you park.

You're an expert braider and successful at seduction. Forever on the hunt for comfortable boots.

You find cats at house parties like it's your superpower.

You know for a fact that volume is directly, positively correlated with correctness.

You speak only in onamonapias.

You find cardio appealing kinda but stick mostly with 5Ks that involve costumes. You have many sets of elbow-length gloves.

You stopped being invited out so much after the 11th time you offered to show the crew how good you are at cartwheels. Kasey still won't forgive you.

You have a friendly spirit but should chill on all those vests.

You were the first of your friend group to nail selfies in a serious way. You have at least 30 Instagram followers.

You had a brief love affair with aerosol cans until Al Gore scared you straight. Now you're into baking. Like pies and stuff.

Your pets actually ran away.

Which is why your apartment walls are taupe.

You flip your hair around crushes and it definitely works.

You threw away your microwave years ago but secretly still miss it while heating your frozen burritos in a sauce pan every night while cranking Dixie Chicks. Your neighbors like you a whole lot.

You like weird sex things but they work pretty well, so there's no problem here.

You paint your nails to match your phone (which is black).

You own exactly one pair of fun underwear. You're diligent about keeping breakfast cereal fresh and mostly succeed at it.

You're an expat now.

You still try to find way to monetize your life in any way possible, for a lack of other talents. Even if that means signing up for a fake boyfriend.