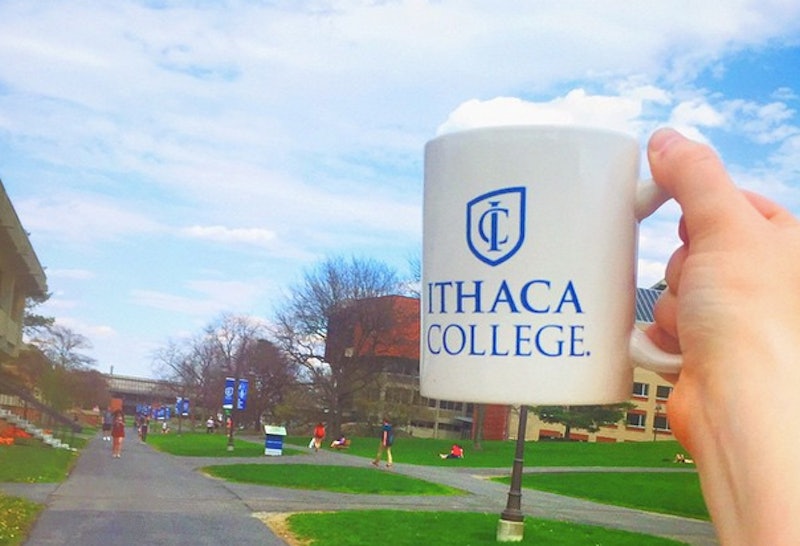 Have you heard that Ithaca is Gorges? We have — every time we've ever mentioned to a charming relative that we went to school in Ithaca. Whether you’re currently studying at Cornell or Ithaca College, or you graduated from undergrad, grad or some sort of doctoral program at one of these fine institutions, you will understand the struggles of living in Ithaca. Sure, you don't miss a beat before you brag that it's the best college town in America. But you also understand that the struggles extend far beyond the fact that in January (when it’s an ungodly temperature), walking into town seems about as easy as running a 10K through the Arctic.

It should probably be noted that as much as I’m certain of these struggles, this doesn’t stop me from being head-over-heels-lived-there-for-a-year-after-grad in love with Ithaca. It is home to some of the greatest people (and greatest food and greatest booze) in the world. (Or at least in America, I won’t speak for the magical college towns in Europe.)

There’s somehow no better feeling than finding out someone else (who you know from a completely different circle) spent time in Ithaca. It doesn’t matter if they went to Cornell 20 years after you graduated IC. It’s still just exciting to swap stories about winter festivities (aka, freezing your ass off at Chilifest) and reminisce about CTB.

Here are 21 struggles only people who've lived in Ithaca understand:

1. Walking (or running) up the Ithaca hills

Or even driving up the hills if you drive a stick shift.

2. Waiting for the TCAT

Cause of death: Waiting forever and ever.

3. The constructions in the commons that is never not happening

Projected to be finished in the year two thousand never.

4. When Cornell hosts Slope Day and it's on the same day as Prospect Day and you need to decide which hill you should go to.

Let's be real — it's always going be Slope Day.

5. The line at CTB on a Sunday morning

We want to go to there.

6. Telling people you go to school in Ithaca and having them assume you go to Cornell.

And then having to casually explain that you don't have an ivy league degree.

Which by the way doesn't actually exist.

8. Walking up those hills drunk

Honestly don't even know why people bother with sober cardio.

9. Getting really excited about the local beer and wine culture, and then realizing people discovered it before you did

You're basically the Columbus of finding awesome alcohol.

BRB, crying into our rent checks.

11. Never knowing what to eat cause there are way too many choices

Maybe you should just go to the State Diner. Again.

12. When the police show up at all the bars around Halloween and your fake ID doesn't work

I'm just dressed as a girl with a fake ID, it's a costume. Sheesh.

It was just a struggle in there.

14. When you only learned about the Westy two weeks before graduation

And then you shed many tears about it as you left.

Curse the Ithaca Airport and their inability to find direct flights... or bags.

16. Walking up the hills when they're covered in snow and ice

Are you sensing a trend with these hill struggles?

17. When Ithaca and Cornell can't have events on the same weekend because Ithaca is just too small

Alumni weekend, parents weekend and graduation weekend all had to be divided up.

Uhhh actually we make an excellent Riesling, THANK YOU.

19. When you realize you aren't going to make it to Grassroots for the second year in a row

And your summer just isn't the same without it.

20. How packed it gets at the gorges the first time everyone sees sunlight

"NO MORE SNOOOWWWW!!!" - Everyone in Mid May

21. Worrying (once you're at the gorges) that an officer is going to kick you out of second dam