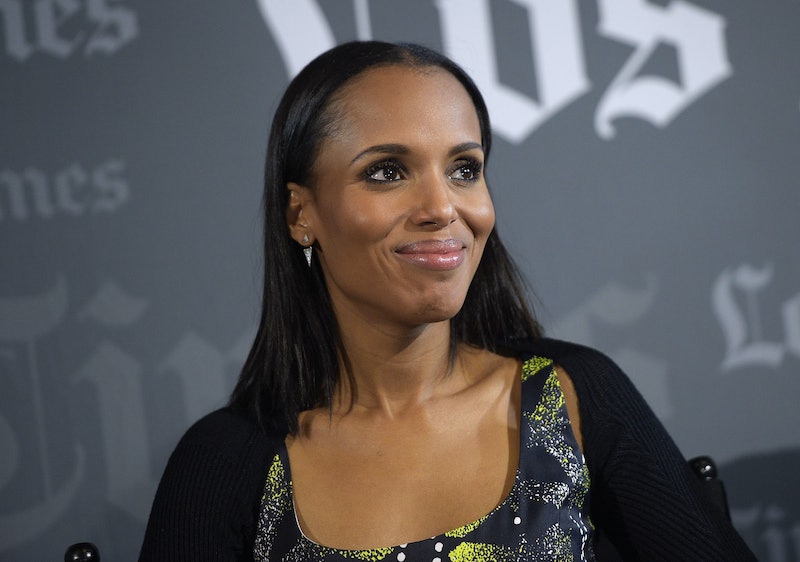 On Friday, July 10, history was made after the Confederate flag was removed from South Carolina's statehouse grounds. The use of the flag had been an ongoing controversy for years, but was fueled after the mass shooting of nine people at a historic black church in Charleston, South Carolina in June. On Thursday, and after 13 hours of debate, the South Carolina House of Representatives voted to remove the flag. Governor Nikki Haley signed the bill mandating the its removal. The new law required the flag to be taken down and sent to the Confederate Relic Room. Now, many are rejoicing in the historic moment, including many celebrities.

From Scandal actress Kerry Washington filling her Twitter timeline with the good news to President Barack Obama commenting on the event, many famous faces and public figures are rejoicing in the flag's removal. Some might disagree with the Confederate flag being taken from the capitol grounds and moved a museum, but that can't be said for the following celebrities.

History is being made and supporters of the removal of the flag that represents the south's slave-owning past are looking to a brighter, more tolerant, and hopefully more peaceful future. Check out their tweets below:

More like this
What Is Barack Obama’s Net Worth? He Makes *Way* More Now As An Ex-President
By Hugh McIntyre
Celebrities & President Biden Are Enraged By The Leaked Roe v. Wade Decision
By Alyssa Lapid
The Staircase Explores The Murder Trial That Ripped A Family Apart
By Gretchen Smail
David Rudolf, Michael Peterson’s Attorney In 'The Staircase,' Is Still Practicing
By Taylor Maple and Morgan Leigh Davies
Get Even More From Bustle — Sign Up For The Newsletter