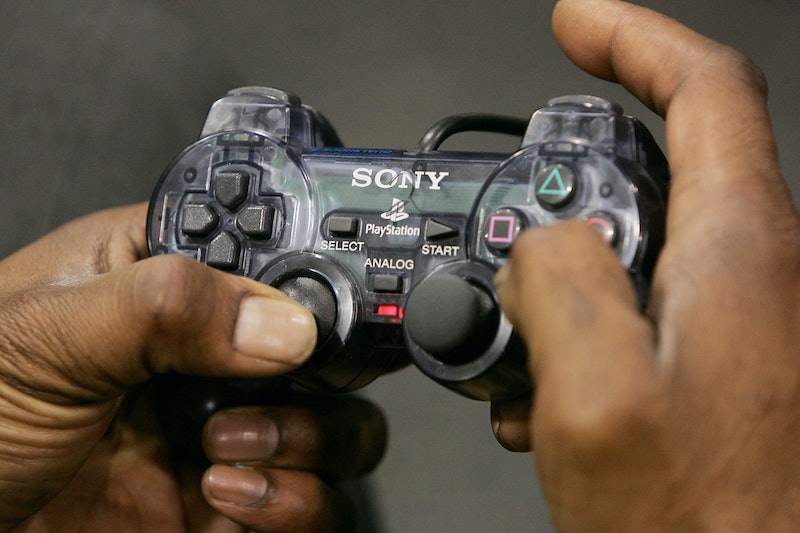 Going by the ongoing hate campaign that is #GamerGate, you would think that all boys who play video games are hopeless sexists driven to blinding rage every time a woman ventures to have an opinion. But according to a new survey, teenage boys who play video games want games to be less sexist. In fact, a majority of teen boys who identify as gamers would like to see more female protagonists in video games, and think women are too often treated as sex objects.

Sort of makes you wonder who Gamer Gate is supposedly advocating for, if male teenage gamers aren't threatened by the idea of a less sexist approach to games, huh?

The survey, which was conducted by educators Rosalind Wiseman and Charlie Kuhn and gaming expert Ashly Burch, included over 1,400 middle and high school students from around the country. And although the research was only exploratory, what they found was surprising. It turns out boys aren't actually as into the idea of sexualized female characters in games as you would think, and they aren't at all opposed to playing as a female character.

But maybe the best statistic wasn't even a statistic at all, but an informal observation. When asked about sentiments expressed by GamerGate, Wiseman wrote in TIME that "very few of our respondents knew what Gamergate was." So much for GamerGate being the great representatives of the gaming world.

The real takeaway here though, is that we should probably start revising our idea of what a quintessential gamer is really like. Rather than the teenage boy eager to stare at explosions and scantily clad women, it seems that actually teenage gamers are far more open to a less sexist approach to games than people give them credit for. So instead of defending sexist depictions of women in games as simply being a way to appeal to their core demographic (despite the fact that teenage boys are no longer a majority of video game players), video game companies might instead want to stop underestimating teenage boys and their ability to see women as equals. Just a thought.

More like this
Starbucks’ Chocolate Cream Cold Brew Tastes Like This Retro Candy
By Emma Garza
Please Respect Mia Khalifa’s Rebrand
By Charlotte Shane
The Case For A Hard Launch Summer
By Morgan Sullivan
Are Gemini & Capricorn Compatible In A Relationship?
By Kristine Fellizar
Get Even More From Bustle — Sign Up For The Newsletter