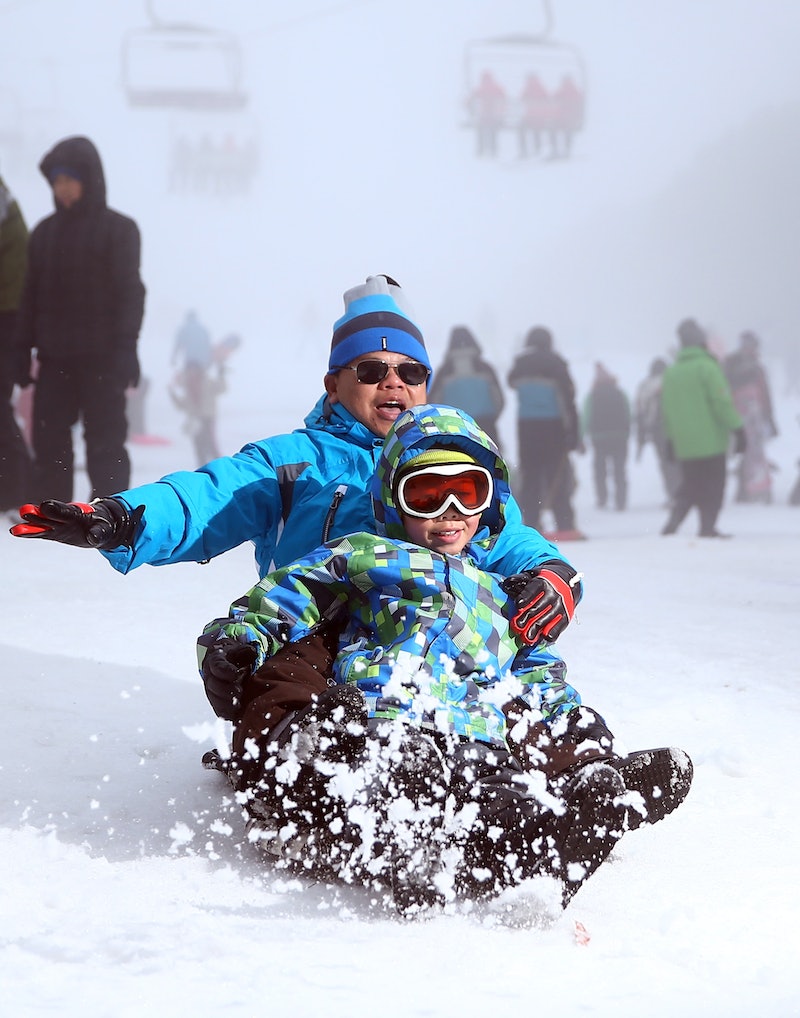 As I write outside a cafe with insufficient indoor seating, cursing the sweltering Georgia sun and the concurrent 90 percent humidity, it's hard to imagine cold weather at all, let alone an oncoming mini ice age. According to scientists, however, that's exactly where Earth is headed in the next 15 years. Considering humanity's long and storied history of creating strange meteorological events — you may have heard of a little thing called climate change — it's not exactly surprising to hear about yet another way the planet's weather may go rogue in the future. In a shocking turn of events, however, humans aren't actually to blame for this one. If you need collect your jaw from where it dropped to the floor, you may do so now.

Researchers at the University of Northumbria recently created a new, more precise form of solar modeling that accounts for the sun's different layers, the Telegraph reports. Unfortunately, one of the model's first predictions was that solar activity will fall by 60 percent during the 2030s, leading to a "Maunder minimum," the likes of which haven't been seen since the 1640s. At least we'll finally get the chance to wear all those winter clothes we've optimistically bought over years of Black Friday sales?

Scientists have long known about the sunspot cycle, in which the sun's activity waxes and wanes over a period of 11 years. According to the new solar activity model, fluid movements in two different layers of the Sun will become "exactly out of sync," which will cause a reduction in solar activity known as the Maunder minimum. "When [waves] are out of phase, we have solar minimums. When there is full phase separation, we have the conditions last seen during the Maunder minimum," Professor Valentina Zharkova explained.

The last time Earth experienced a Maunder minimum was during the late 17th century. Scientists of the era observed the Sun with surprising accuracy, according to NASA, and images from the time show relatively few visible sunspots. This lack of solar activity corresponds with a "little ice age" that took place during the 1600s, in which Europe and North America experienced unusually cold weather. According to historical records, even England's River Thames froze over. (Londoners, of course, were unfazed, judging from the popularity of Thames Frost Fairs.)

If winter is your least favorite season (join the club) and you're desperately hoping that the model is wrong, I have bad news. Researchers claim that the model has 97 percent accuracy, so chances are pretty high that we have some bitterly cold winters ahead of us. On the flip side, I'd say a mini ice age is the ultimate excuse to drink all the hot chocolate we want.

More like this
13 Summer Solstice Quotes To Celebrate The Longest Day Of The Year
By Sadie Trombetta
The Summer Solstice Spiritual Meaning, Explained
By Jessica Booth and Brittany Beringer
11 Podcasts About The History Of Juneteenth
By Emma Carey
Juneteenth Is Now A Federal Holiday — Here's What That Means
By Lani Seelinger and Syeda Khaula Saad
Get Even More From Bustle — Sign Up For The Newsletter