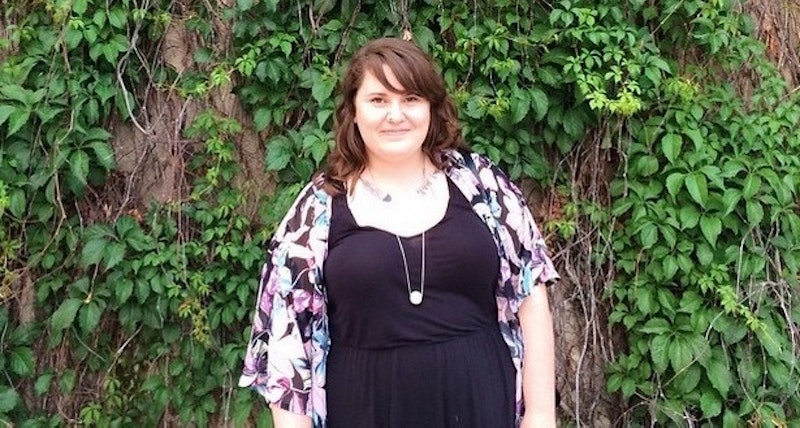 Even though beauty pageants can be feminist, at the end of the day Miss USA — and every other mainstream pageant — is lacking in body diversity and there's a tendency for pageant contestants look the same. So why am I sort of grateful for beauty pageants and think that they have value to the body positivity movement?

When you think of body positivity, the first thing that pops into your mind probably isn't beauty pageants, and I definitely wouldn't blame you. They're an institution that has barely evolved since Miss USA was founded by a swimsuit company in 1952, which is an example of capitalism's influence on body image if I've ever heard one.

Pageants literally judge the appearance of women. No matter how much they try and tell us they exist as a "scholarship program" or claim to be about everything but appearance — citing "grace" and "elegance" as the standards — the clue is in the name: Beauty pageant. And let us not forget that just a few years ago, in 2012, Miss Universe disqualified a transgender competitor (before eventually allowing her to compete again). So, yeah: Pageants have definitely not made a positive reputation for themselves when it comes to being accepting and celebratory of all bodies. I certainly don't think you could call them body positive at their core by any stretch of the imagination.

At the end of the day, there are three categories that contestants are judged on at pageants like Miss USA: Evening gown, swimsuit, and a personality interview. There is no talent competition and, therefore, only one of those categories isn't based on the way contestants look in a specific garment.

This pageant, and the state competitions that lead to it, are all fully about looks. Let's not kid ourselves. And this is exactly why I think they're a perfect tool for talking about body positivity. In fact, I think that beauty pageants and the fact that I started watching them critically with my grannie as a kid are some of the things that created an environment for me to be aware of body image issues.

Our annual ritual was to get a bucket of KFC chicken with all of the fixings (which my mom would never let us eat) and then plop ourselves down in front of the fan in her living room to dissect the dresses, the interview questions, and hope for some bloopers. Even though my grannie struggled with her own body image, I see this little tradition as her way of reminding me that I was better off not being on a diet, that beauty should never be too serious, and that I had better have a darn good answer to important questions. She never minimized delighting in beauty or made me feel bad for liking clothes and makeup: She just made sure I knew it came behind my being intelligent on my list of priorities.

Grannie was not a big lecturer and when topics like this are brought up by an older relative or authority figure, they're generally met with an eyeroll and/or disdain. Without this annual event, we likely wouldn't have talked about these things at all. Mr. Trump sending images of these women into my living room laid the groundwork for politicizing me.

My views on pageants are not unlike how I believe that feminists can embrace The Bachelor franchise as a way of talking about feminism with people who might not engage with or be interested in feminist theory. You can't guarantee that everyone has read bell hooks, but they've probably heard of or seen a beauty pageant. Watching, dissecting, and talking about something everyone understands can be a good launching pad to more meaningful discussions about homogeneous and oppressive beauty standards.

It's also a reminder of how we view women and things that we consider "feminine." Mocking or discounting the contestants simply because they care about their appearance, hair, makeup, and clothing belittles the skills it takes to achieve these looks. Extensive makeup and hair should be lauded, yet we downplay any cosmetology-related skills far too often. We mock femininity as frivolous and "not serious," making conventionally feminine women the brunt of jokes and looking at them with disdain. I mean, it makes it topical to bring up the fact that we still value the way a woman looks in a swimsuit at least once a year! What more could you ask for?

Before I became actively involved in body positive activism, the pageant was also always a helpful a reminder that society's images of what is considered beautiful and who is considered worthy of even competing for the crown are still incredibly narrow. Despite the work of activists to push for diversified images of women in the media and the relative increase in racial diversity, the stunning image of all of the contestants lined up and parading across our screens makes it so visual and impossible to ignore. It reminded me that I wanted to do things that contributed to an increased definition of what it could mean to be beautiful and make it so that being beautiful wasn't all that mattered.

It also reminds me, now, that there is so much work still to be done on both of those fronts. The sting of realizing there are no people that look like me, and so many other women, is a reminder that I don't need validation to revel in my own beauty. I mean, I'm a total babe every damn day anyways — whether society and Miss USA agree with me or not.

And so it might sound weird to say that as a plus size, body positive, feminist woman I believe that beauty pageants are pretty important to conversations about body positivity. But I don't see how they could be anything but.