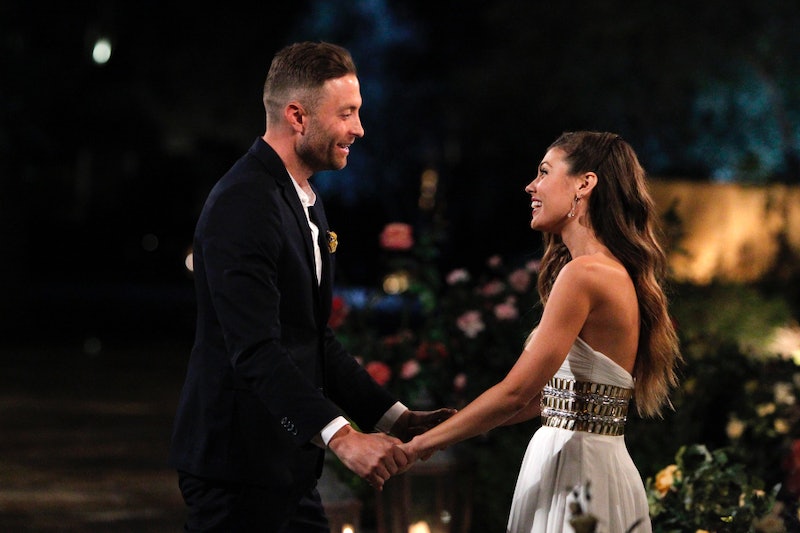 Even though The Bachelorette chose Kaitlyn, the whole "two Bachelorettes" thing has been hanging over the season in the form of online gossip about the potential of Britt and Brady, who against all odds started a relationship when both left during the season premiere. And now that the season is almost over, will Britt & Brady appear on After the Final Rose ? It depends on who you ask. But Bachelor/ette blogger Reality Steve — who is almost always right, albeit occasionally mistaken — has some strong opinions on the matter. Steve seems pretty confident that the producers want Britt and Brady on the special, and even goes so far as to guess that they want the two to get engaged on the show. Yep, there's a possibility that there could be another Bachelor franchise proposal, following last year's Bachelor In Paradise "surprise" where Marcus and Lacey got engaged in the finale, disguising the fact that the show had no prizes and basically no other successful couples (M&L are still together, though).

But back to Britt and Brady — Reality Steve seems to think that ABC is desperate to have them on the show, but admitted that "I would guess not" when a reader asked if he believed Brady would be willing to go through with it. But Steve has been a hardcore "Britt & Brady are broken up" truther for a little while now, so this goes with his prevailing theory about the couple. That might sound like firmly bad news, but I don't think so. Britt & Brady could still be together, and if they are, they're definitely in a long distance relationship and still haven't done things like live together or spend more than a year dating. So not getting engaged on reality TV might actually be a good thing for their relationship. As in, it might keep people from paying too much attention to them, and not add the pressure of ABC calling every twenty minutes in the hopes of getting a televised wedding out of them.

And while normally he's pretty right on, Reality Steve has been wrong before... even this season. Initially, RS claimed Kaitlyn wound up single after this season, rejecting proposals from both men. But after a suggestive Snapchat from Kaitlyn, Steve now claims he was wrong, and — major Bachelorette spoilers ahead — claims that Shawn and Kaitlyn get engaged in the finale. So who knows. Either way, whether they're planning to propose or just appearing for a brief, Skyped-in mini interview about their split, ABC must be begging Britt and Brady to appear in the After the Final Rose special, since their relationship has been like a huge footnote on this eventful, volatile season of The Bachelorette. Whether a pleasant surprise or an inevitable disappointment is to be found, after After the Final Rose, fans should finally get a real answer about their relationship.