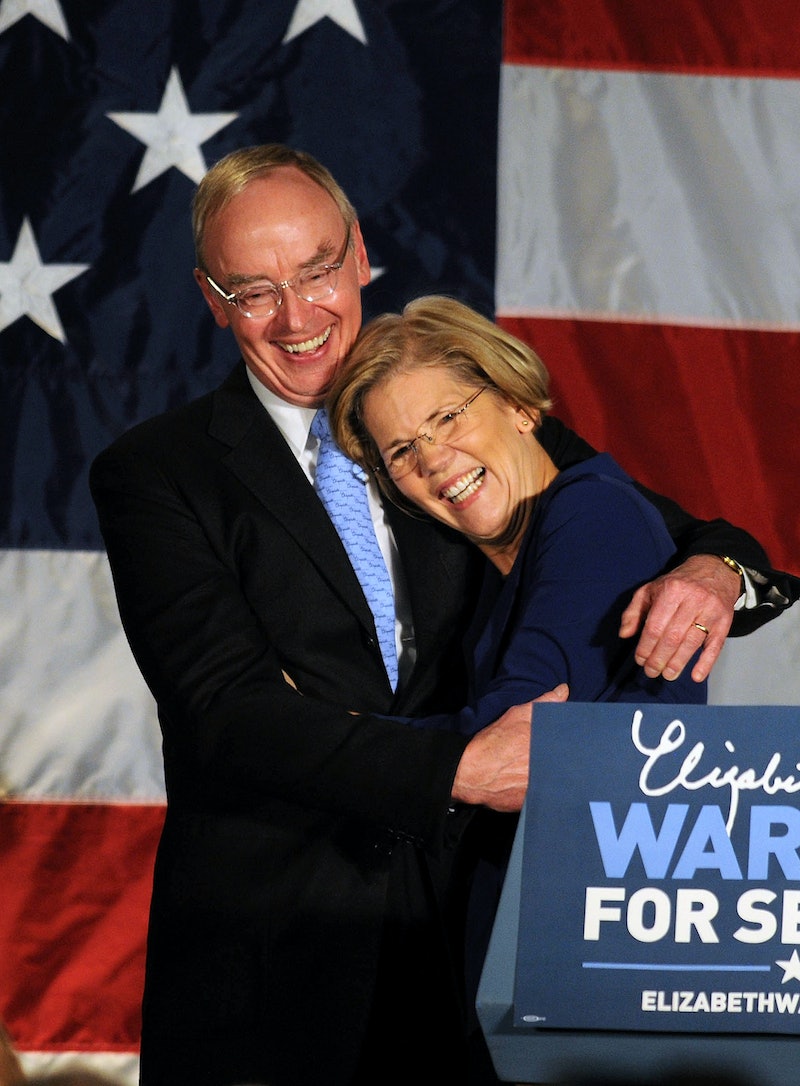 In this day and age, to still be happily married after 35 years is seriously a rarity and blessing, which is why Massachusetts Sen. Elizabeth Warren is one of the lucky few. On Sunday, Warren wished "happy anniversary" to her husband Bruce with a Facebook post that seriously has so many feminist wins going for it, they deserved to be listed out point by point. To me, the progressive Democrat has once again proven that she really is one of the coolest people to ever hit Capitol Hill.

In her post, Warren talks about how she, as a working single mom of two, felt her life was pretty settled by the time she was 30. Then, she wrote, she met Bruce, a "guy from Massachusetts" who she was completely crazy about (and still is). Cue the beautifully penned quote about the love of her life.

Bruce has about a million good qualities, but I want to mention one: Throughout my career, and all the unexpected twists and turns, he has never once discouraged me from taking on a fight. He’s always believed that if I wanted people to listen to my ideas, I might as well shout from the highest mountain I could find.

So let's break down this Facebook gem feminist-style and see what else we learn about the rising senator.

Warren has repeatedly said she won't run for president in 2016, and unlike most of her peers, the liberal anti-Wall Street warrior has consistently been a stick-to-your-guns kind of politician. But my mind can't help but think a Clinton-Warren ticket could be in the works. Amirite?