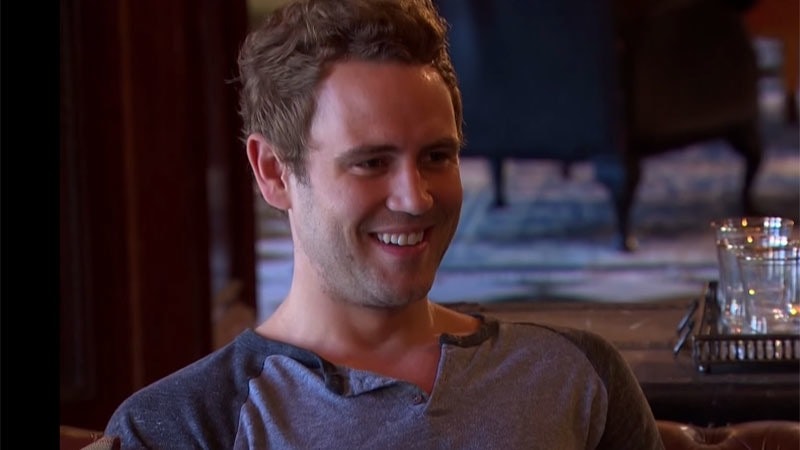 Since Nick Viall crashed The Bachelorette earlier this season, he hasn't exactly been anyone's favorite dude — contestants and fans both included. And, although I was totally Team Nick on The Bachelorette during Andi Dorfman's season last year, I can definitely see where these people are coming from. Having established a friendship with Kaitlyn before going on the show and showing up midseason, he definitely has an unfair advantage over the rest of the guys in the competition. Still, I'm not convinced Nick is the villain the show, the fans, and the rest of the guys are trying to make him out to be.

Every Monday night, on the show and off, it becomes a major Nick hatefest, especially where tweets from fans are concerned. But, even though I don't agree with every choice he makes on The Bachelorette, if you follow Nick on social media, you'll probably realize he's not such a bad guy after all.

Between the photos he shares on Instagram and the tweets he posts on Twitter, Nick's actually a pretty cool (and funny) guy. He offers up honest, inside commentary on the show as it airs, and a lot of what he shares serves as a good reminder that he's just a regular person like the rest of us.

1. He Understands The Important Things In Life

Because not only are pizza rolls delicious, but they're so delicious that they're worth getting pumped about hours in advance. If Nick didn't care about pizza rolls, that's definitely where I'd draw the line.

I mean, even if you don't like the guy, you have to admit he's attractive. And, what a way to celebrate independence, huh? God bless America, indeed.

3. He Sticks Up For Kaitlyn

This season, Kaitlyn has received a ridiculous and unfair amount of criticism for just about every move she makes on the show, especially when she slept with Nick after their one-on-one date. This prompted a series of tweets from Nick where he defended her, proving that, regardless of the way the show ends when Kaitlyn makes her final pick, Nick's supporting her through it, and that's awesome to see.

4. He Takes Pictures With Babies

I have no idea who this baby is, but I love it.

5. He Has A Good Sense Of Humor

Next time you watch The Bachelorette, check the tags on Twitter to see the amount of hate Nick gets. It's through the roof. Fortunately, he doesn't seem to be letting it get to him.

6. And Most Importantly, He Pretends To Be George Costanza.

I can't fault him for this, and neither should you. Nick, can we be best friends?