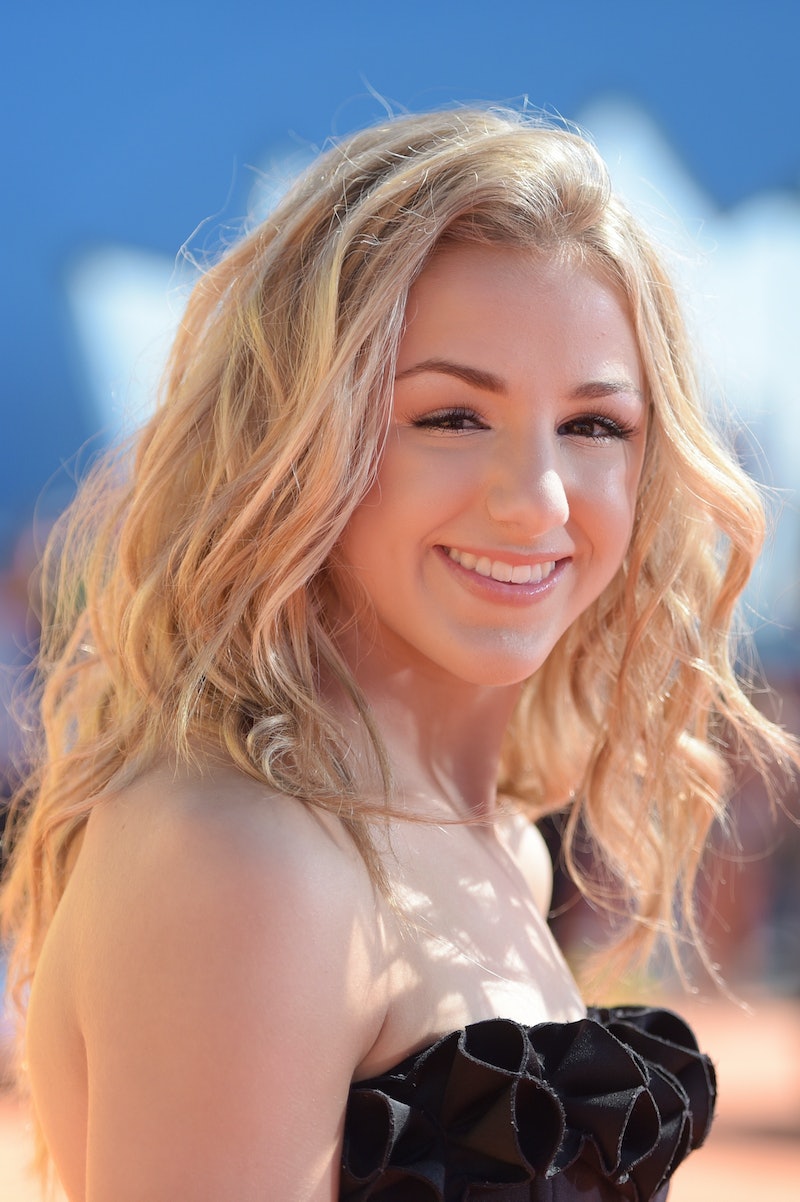 Just when we thought the days of competition between Maddie Ziegler and Chloe Lukasiak were over, both Dance Moms stars received Teen Choice Award nominations for "Choice Dancer." Before Chloe left Dance Moms at the end of season four, she was Maddie's main competition within the ALDC. So this time around, I think Chloe Lukasiak should win the Teen Choice Award. Chloe was always a fan favorite, and for good reason: her dancing was beautiful, humble when she won, and gracious when she lost. It didn't hurt that her mom, Christi, had the best one-liners, and was one of the few mothers who wasn't afraid to stand up to Abby. Unfortunately, it always seemed like Chloe was perpetually overshadowed by Maddie, even though they were equally talented.

Although Chloe's fans miss seeing her on TV every week, her departure was for the best. The ALDC was clearly not a healthy environment for her, as a person or as a dancer, and her fanbase was already so strong that her absence from the show hasn't negatively impacted her career. Although there are other dancers featured on Dance Moms every week, Maddie and Chloe are the only two stars (past or present) nominated in this category. While both are extremely talented dancers, Chloe deserves this award. Here's why:

1. Her Technique Has Improved And Surpassed Maddie's

Since the awards are based on merit, let's start by looking at their dancing. Although Maddie remains a strong dancer, even Abby recently acknowledged that her technique has suffered over the past few months. Maddie has worked on great projects, including her collaboration with Sia and a guest appearance on Pretty Little Liars , so she's had less time to spend in the studio perfecting her technique, and has been bringing home fewer first-place trophies.

Meanwhile, Chloe has appeared in several music videos and has done modeling work since her departure from Dance Moms. But her clear priority has been her dancing, and it shows. Every movement is clean, and she's grown visibly stronger without losing any of her gracefulness. She's also performing a wider variety of moves that have a higher difficulty level than many of Maddie's recent routines. Chloe has made huge strides in her technique and stage presence, and she performs with far more confidence than she did during her ALDC days. Unsurprisingly, having supportive coaches seems to have done Chloe a world of good, and her improvements over the past year have been remarkable.

Maddie and Chloe's dancing talents were fairly equal during their time as teammates, but Chloe became the underdog by default when Abby prioritized Maddie's training time and choreography. Maddie's talent has certainly not disappeared, and she has a bright future in show business, but watching Chloe's recent dances shows that her skill and technique have surpassed Maddie's.

2. Chloe Has Had More Obstacles To Overcome

I would never deny that Maddie is an extremely hard-working and motivated dancer. Those are admirable qualities that have taken her far, and will continue to do so. However, Chloe remained equally dedicated to her dancing even when the chips were down, and it seemed like Maddie was being given special treatment. Many young dancers are huge fans of Dance Moms and look up to Maddie, Chloe, and the other ALDC members. There are plenty of talented dancers who aren't the favorites at their dance schools, and Chloe is an important role model for them. She's living proof that you may not be the favorite, but that doesn't mean you aren't talented, and it certainly doesn't mean you should walk away from something you love. Chloe displayed admirable resilience during her time at the ALDC, and she didn't let anyone take away her passion for dance. Instead, she has pursued her dream at a dance school that allowed her to improve her skills and reach her full potential.

3. She Has Consistently Shown Good Sportsmanship

During her time on Dance Moms, Chloe accepted every win and defeat with the same amount of graciousness. Even when Abby did things like go to the judges to contest Chloe's victories, she never complained, and she certainly never asserted that she had been robbed of a first-place win. Maddie's poor sportsmanship has become evident this season, most notably when she was defeated by her sister and declared that she had definitely deserved to win.

But by the same token, Chloe never let that stuff get to her. She could have easily become bitter about the favoritism and complained that she would have had greater success if Abby had only given her the chance. Even in recent interviews, Chloe has been gracious when asked about Abby's alleged mistreatment of her. The importance of good sportsmanship should not be minimized. It's another quality that makes Chloe a great role model, and it will take her far in her dance career and any other path she chooses.

Chloe deserves to win "Choice Dancer," and it's not because she spent years as the underdog on Dance Moms. Rather, she has spent the past year honing her art in a healthy training environment, and now that she's dancing to her full potential, it's become evident that she's the stronger dancer. (Although I would like to state for the record that I have been #TeamChloe since season one). Plus, if she won, the look on Abby's face would just be icing on the cake.

More like this
Kim Kardashian & Pete Davidson’s Relationship Timeline From Start To Finish
By Jordyn Tilchen and Bustle Editors
All The Celebrity Relatives Revealed On 'Claim To Fame' So Far
By Brad Witter
Ashton Kutcher Opens Up About His Battle With Rare Autoimmune Disorder
By Radhika Menon
Is Nathan Fielder Dating Anyone? What 'The Rehearsal' Star Has Said About His Relationships
By Grace Wehniainen
Get Even More From Bustle — Sign Up For The Newsletter