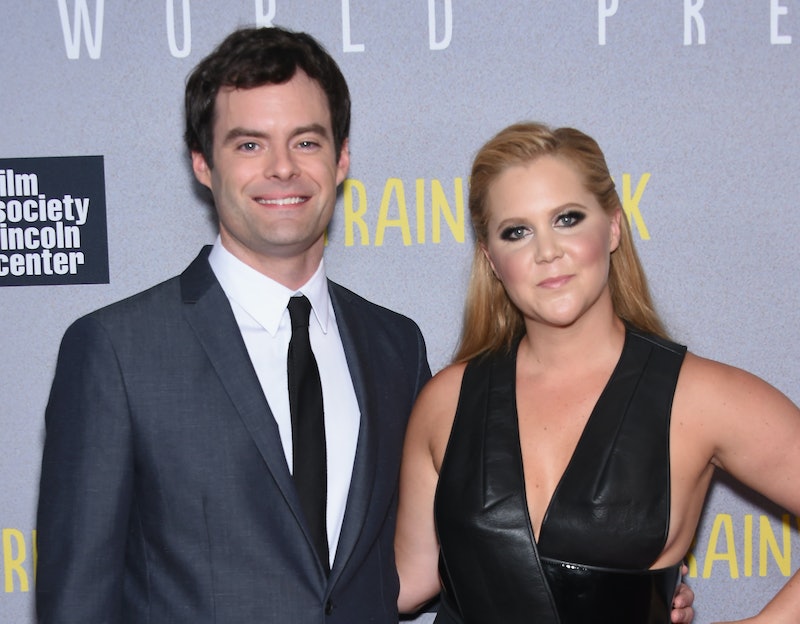 On a scale from 1 to 10, how excited are you for Amy Schumer's new movie, Trainwreck ? Well, get ready to turn things up to 11, because the film just had its New York premiere, and it boasted some seriously on point fashion. The Schumer-written/starred-in feature is set to hit theaters this Friday, and it's already enjoying quite the buzz — it's been scoring largely positive reviews, and it's been making waves with its fun-loving press tour (perhaps most memorably when Schumer switched co-star Bill Hader out for Jon Hamm in an interview with Extra, and went on to talk about his newfound leading manliness. Oh, and there's also LeBron James' killer featurette to contend with).

At any rate, the New York premiere of the film was the latest cherry on top of all the press-y proceedings. Everyone from Schumer herself, to her producer/director Judd Apatow (plus his entire showbiz family, of course), to noted red carpet genius Tilda Swinton were in attendance — and all were dressed to the absolute nines. I was a particular fan of Schumer's bold take on the classic LBD, as well as rising red carpet genius Brie Larsen's color-blocked, one-shouldered, pleated number — let's take a look!

Pretty kick-ass, no? And I'm not sure if you're a fan of sideboob or not, but either way, Amy's got you (un)covered:

No one can do the high-fashion/Katharine Hepburn/androgynous look better than Swinton here.

What a lovely intersection of trends — one-shouldered gowns and color blocking are both tough enough to work separately, but together they're surprisingly effective (especially when paired with the simplicity of the silhouette).

I'm not 100% sure what to think of Mamet's root-y hairdo, but I can say with full assurance that that's one killer key-holed frock (and some equally awesome bright green pumps).