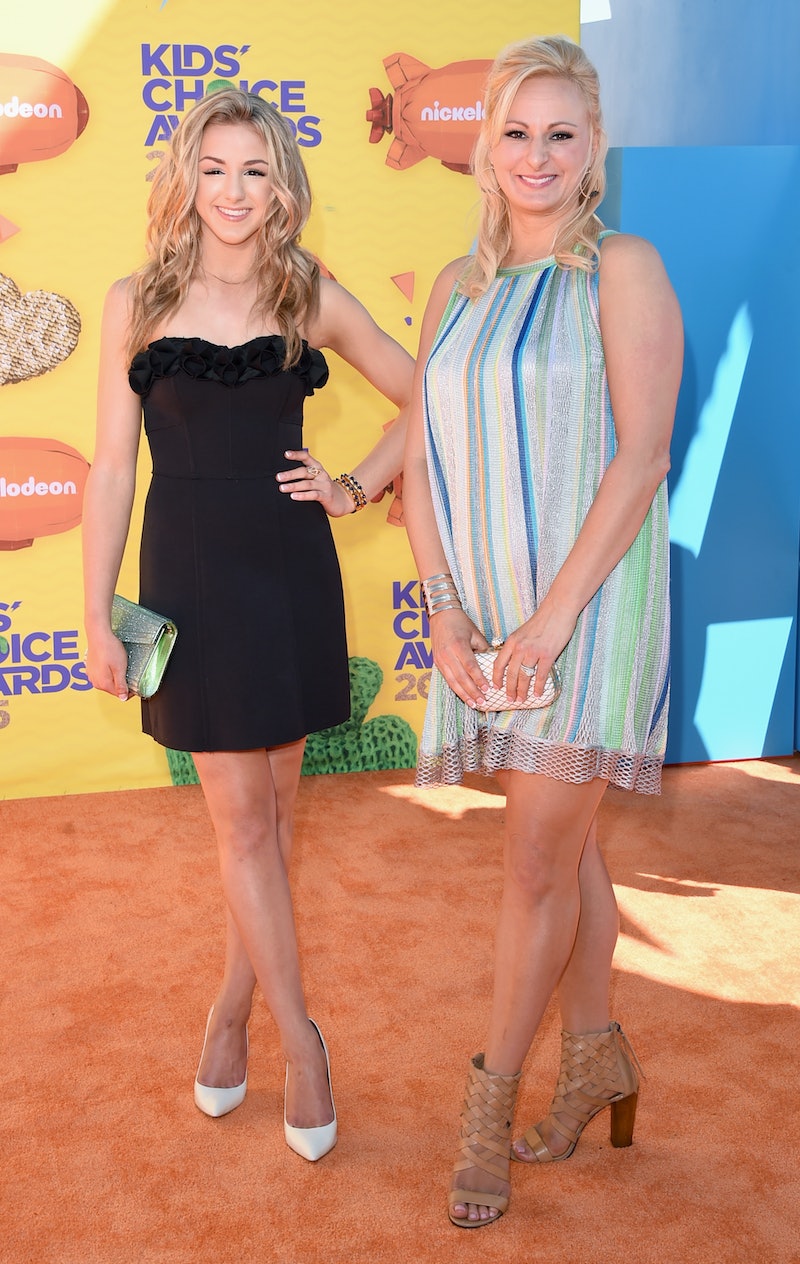 At the end of Season 4, when Chloe Lukasiak left Dance Moms, I knew I'd miss watching her dance on TV every week. But, I was also relieved, because it had grown painful to watch the sweet and talented dancer struggle with her self-confidence under the ALDC teaching methods. Now, months after leaving the show, Chloe talked to Bustle about if she's still friends with any of the Dance Moms girls, and her life after the cameras stopped filming her every move.

"My mom and I are a lot happier now that we're off the show. It was pretty stressful," Chloe says. The 14-year-old has consistently been gracious when questioned about Abby Lee Miller, and she doesn't seem interested in speaking negatively about her former dance coach. Instead, she's focusing on the future.

Luckily for me and all of her fans, Chloe didn't disappear from our lives completely when she walked off Dance Moms. She has kept us updated on her life through her YouTube channel, where she posts videos of everything from her latest dances, to DIY projects, to what book she's currently reading. During her last season on Dance Moms, I missed seeing Chloe smile, so it's wonderful to see her thriving in her own right. Her dancing looks better than ever, too, and she's even been nominated for "Choice Dancer" at the Teen Choice Awards.

On Dance Moms, the ALDC's junior elite competition team has seen a lot of turnover during Seasons 4 and 5, but the cast was fairly consistent until then. When asked who she keeps in touch with, Chloe says, "I see Paige and Brooke [Hyland] a lot, but the other girls are really busy filming and traveling." As Dance Moms fans will remember, the Hyland family also abruptly left the show early in Season 4 after Kelly's final feud with Abby.

Paige and Chloe were the cutest BFFs on the show, so it's great to hear their friendship is still alive and well. They've even collaborated on a number of videos for their YouTube channels — and their moms Christi and Kelly recently joined them:

Chloe, Christi, and the Hylands were fan favorites, and the show isn't the same without them. But it's great to see the mothers and daughters looking happy, healthy, and relaxed. Life after Dance Moms seems pretty darn good.