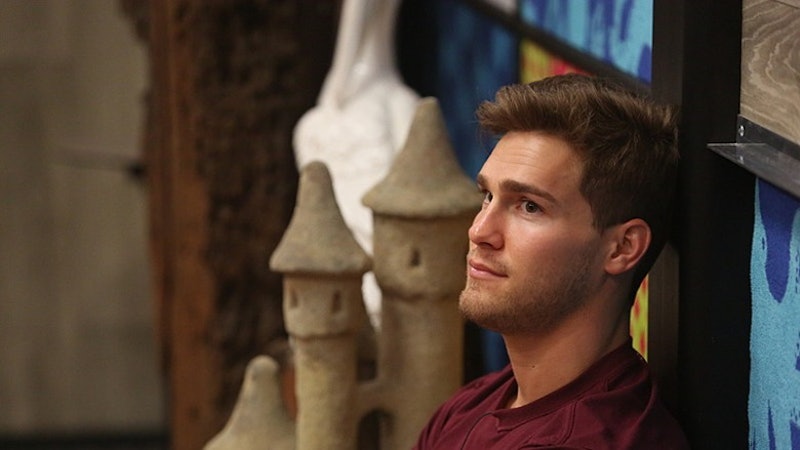 Clay Honeycutt might be the resident hottie in the Big Brother house but he is also the BB house's biggest cheese ball. I don't know if it's an act to keep himself from being a target but Clay just seems a little too kumbaya for my taste. To give you a brief overview, I have highlighted some of Clay's cheesiest moments on Big Brother 17 because they are really starting to get out of hand.

Clay might be pretty but he's getting to be a bit cringeworthy. I've been the conductor of the Clay train since the beginning of this season but it's getting to be too much even for me.

I don't know if Clay is delusional, just overly sensitive, or a straight up phony but he seems like he's trying way too hard to hold everyone in the house up to some unreachable moral and ethical standard. Like, this is Big Brother we're talking about. Morals and ethics have no place in the Big Brother house and that's why it's entertaining. You can't get mad when someone lies to you (especially when you're lying to other people right and left).

Clay needs to reinvent his game and ditch the cheesiness because he's not doing himself or his alliance any favors with his current strategy. However, while Clay might need to tone down his cheese factor, as long as he continues to be cheesy with his shirt off, I'll continue to let it slide.

Clay just wants to bake a cake full of rainbows and smiles and we can all eat a piece.

BB fans on Twitter and Tumblr are NOT enjoying Clay's shout outs to his fam.

It must stop. This is not what I signed up for.

He may not be totally full of crap but he kinda seems like he is...

When Da'Vonne Stole His Magic Number

Alright, so this isn't so much Clay being cheesy as it is Clay acting like a baby.

When He Told Audrey She Was 'Special'

Sadly, she didn't feel the same way about him.

"Shelli, even though you're old AF, I want you to marry me so I can control your every decision in life just like I've controlled every decision you've made in this house."

When He Asked Why It's Called Big Brother

Again, not so much cheesy as just plain stupid but still worth the mention.

That Time He Thought Big Brother Was About Honesty

No one's word means s**t in Big Brother, that's the whole point. At least Audrey is actually playing the game well. Clay's entire strategy is asking Johnny Mac to be a pawn every week.

And for some extra cheese, check out Bustle's Big Brother podcast: