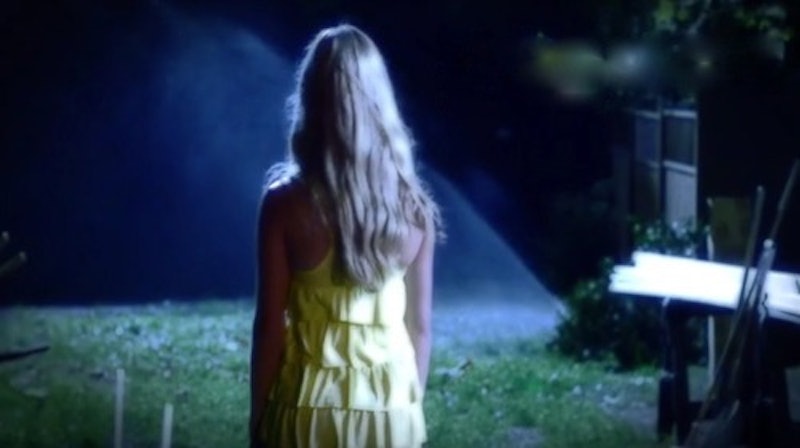 For a season that's being referred to as the Summer of Answers, Pretty Little Liars has thus far still managed to leave fans with a ton of unanswered questions. We now know for sure that Charles is alive, but his motives remain a bit unclear, at least for now. What is it that drives him and his evil vendetta against our unsuspecting Liars? It's impossible to know for sure, but I have a good feeling that Bethany Young is the key to unlocking that vital mystery. At this point it's undeniable that Charles and Bethany are connected on PLL in a big way. In fact, there's even a strong possibility that the two of them escaped Radley together on that fateful night where Bethany met her demise (courtesy of Melissa Hastings). But what do these two characters actually mean to each other? I have a feeling their relationship is being kept vague for a reason.

As you can imagine, diehard fans of the show have theorized and philosophized numerous ways these two may know each other. But since I. Marlene King is remaining tight lipped (at least for now) about this particular plot development, I've decided to round up some of the best possible Charles and Bethany connections out there to help us assess the facts and weigh out our options. And for more Charles theories, check out Bustle's PLL podcast.

Once we establish this connection, we're one step closer to unveiling Charles' identity once and for all.

I mean, remember when we thought Jason and Ali were the only DiLaurentis children? And look how wrong that turned out to be. All I'm saying is that anything is possible at this point, guys. Heck, they could even be the twins that everyone suspects will come into play eventually. Mrs. D was a woman of many, many secrets and she grew attached to Bethany for a reason. Possibly because she was yet another one of her offspring, who, like Charles, had an evil streak that needed to be kept under wraps.

This one would help to tie Toby's mother, Marion Cavanaugh, into the main story arc. There's a good chance that Jessica DiLaurentis and Marion were sisters. What if Marion had an illegitimate child with another man, thereby making Charles and Bethany cousins? After all, Mrs. D always wanted Bethany to refer to her as Aunt Jessie. This might not just have been a friendly gesture. It might've been because it's actually true.

Of course, their relationship might also have been of an entirely different nature. It's possible that Charles and Bethany met at Radley, started dating, and fell in love. This could be what started Charles' vendetta against the Liars. He thinks they're responsible for her death and wants justice to be served.

Then there's the highly speculated theory that Charles originally was born a boy, but as time went on he started to identify as a girl, which is the real reason Mr. D had him sent away to Radley. That's when he started calling himself Bethany. It would explain why Mrs. D bought two dresses — one for Alison and one for her other daughter, Bethany/Charles — and further solidify his reason for hating Alison. She was the daughter both of her parents wanted and loved — a goal that Charles was never able to achieve.

Then again, maybe we're just reading way too much into this relationship. Maybe they were just friends who kept each other company at Radley. Nothing more, nothing less.

What would really be an interesting twist is if it turned out that Bethany didn't escape Radley to get away from the institution itself, but rather to get away from Charles, who became obsessed with her since she reminded him of Alison. (We know firsthand just how intense his stalker capabilities are.) So when she tried to run, she ended up getting killed in the process either by Charles' hand or someone else's. Either way, we shouldn't rule out that this connection may have been much less than platonic.