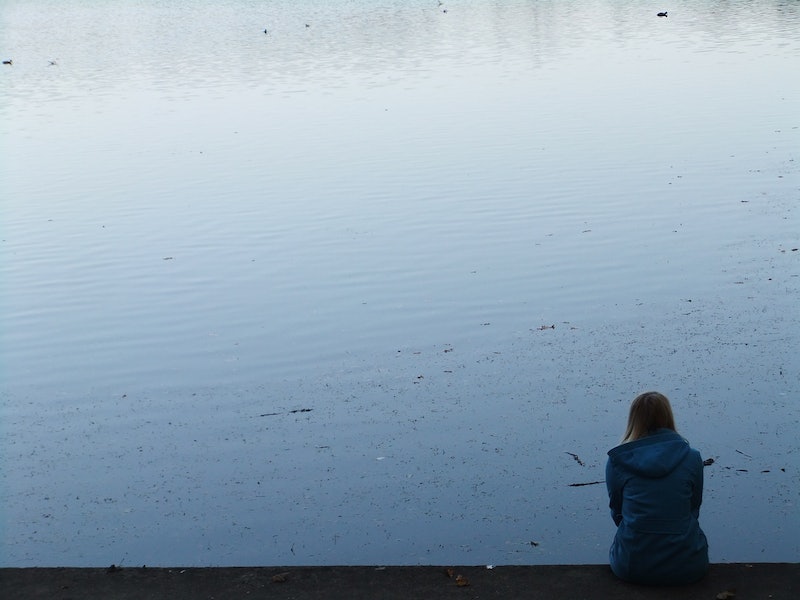 I'll be honest: I don't particularly like people. I mean, I love spending time with my friends and loved ones — but I'm a rather solitary person in general, and I like it that way. Like everyone else in the world, though, sometimes I still struggle with what to do when I'm alone. How do you occupy your "me time" when you're sick of every other way you've traditionally used it? That's where it gets a little tricky, and it's at least in part what's behind a recent Reddit thread.

Redditor TheRadiantWreck posted a topic to AskReddit last night titled, “People who spend most of their time alone, how do you deal with it?” There's an important distinction to make here, though, and it's this: Being alone and being lonely are two entirely different things, and as such, how you “deal with it” varies depending on which metaphorical boat you're in. Either way, though, it's worth remembering that being alone isn't necessarily “bad” — it's how you feel about it that matters, which will in turn help you determine what to do about it.

Society has some pretty weird views on being alone. It's often looked on as something to be avoided, and if you happen to spend a lot of time alone, it's frequently assumed that there's something “wrong” with you. That's not a helpful view, though, either for people who spend most of their time by themselves or for people who wish they could spend more time with other people.

Here's how I like to look at it: If you love being alone? Awesome. Enjoy it. Not everyone is a people person; some people need more social interaction than others; and no matter which kind of person you are, it's fine. Yes, it's good to have a support system in place for when you need it — I think that's where the whole “no man (well, person, more accurately) is an island” thing comes from — but you're by no means required to spend all your spare time with other people if you're introverted or otherwise just don't feel the need to.

If you're lonely because you're alone, though, and therefore unhappy because of it — well, the first thing to remind yourself is that, again, being alone, being lonely, or both doesn't mean there's anything wrong with you, no matter what society says. What it does mean, though, is that you might want to think about making a few life changes. Take a look at what's making you unhappy and try to do something about it. It probably won't be easy, but it'll be worth it in the end.

That's where the best suggestions from the AskReddit thread come in. Some of them are great for people who spend most of their time alone, but don't want to; they'll help you meet other people and start working that social interaction you crave into your life. Other suggestions, meanwhile, will work wonderfully for people who spend a lot of their time alone and enjoy it — they're things you can do to make the most of your “me time.” Still others can even pull double-duty as either social or solitary activities, depending on how you go about them and what you hope to get out of them.

Obviously there are many more things you can do for yourself either to occupy your alone time or stave off loneliness than are listed here — but this selection is a good place to start. Head on over to AskReddit for more.

Admittedly, yes, the Internet isn't always the most welcoming of places. But it's not all terrible, either; it's definitely not outside the realm of possibility to meet terrific people and develop lasting friendships online. Or, alternatively, you can use it to keep in touch with people you're friends with in meatspace. It's a fantastic tool; you just have to figure out how to use it to make it work best for you.

Dogs are great for when you don't want to meet other people, too — there's nothing like a little canine companionship — but they also have this added bonus:

It sounds cliché, but it's totally true. Plus, dog owners tend to flock together, which will allow you to meet other people who are as crazy about pooches as you are. There are even social networks designed to conect pet owners (and even other pets). Just, y'know, make sure you're ready to take care of another living creature before you bring your new buddy to their forever home.

Your cat will probably ignore you most of the time, but it's kind of nice knowing it's always around somewhere.

The important thing here isn't just the actual acquisition of cooking skills — it's making the whole thing into a treat yo' self event. Feels good, man.

Not going to lie: I've been out of school for a pretty significant amount of time, and one of the things I still miss the most is an environment rich in learning. It takes much more discipline to learn new things when you don't have the structure school provides in which to do it — but it's still worth it. You can either teach yourself new skills or knowledge if you like the solitude of doing it alone, or you can go find some other folk to learn alongside. Either way, it's worth it.

Just... maybe don't use Littlefinger as your model for friendship.

The part about this one that really stuck out to me I this: “I think the key is to have a reason for being alone or to know that it will change sooner or later — like you have to do something that motivates you.” We're often taught that being alone is bad, but it doesn't have to be; and if you don't like being alone? Well, it doesn't have to be forever, either. Recalibrating how we thinking about being alone might help you deal with it.

Also, the suggestion to develop a routine is also worth noting.

The best part about this one is that you can make it a “me time” activity, or you can turn it into a “meet other people” activity — or at least a “be around other people” activity. Want it to be the latter? Do what this Redditor suggests and head to the bookstore, library, or other public place (coffee shop? Park on a nice day? The choice is yours!).

Honestly? That sounds awesome. I would totally do that.

9. Step out of your comfort zone.

It can be hard to push yourself into social situations — but if you're lonely and you don't want to be, getting out into the world is the best way to make new friends. Finding a MeetUp group, taking a class, volunteering, and so on may be the time-worn pieces of advice on how to meet new people, but there's a reason for that: They introduce you to folks you wouldn't otherwise meet who might have similar interests to your own. You'll have to do the work to introduce yourself, get friendly, and start making plans to hang out from there — but at least those options will all put you in proximity of some potential new friends.

Obviously this is a little tricky if you're not in a position to leave the house — but that's where suggestion number one, “hop on the Internet,” comes back in. Harness it for the powers of good and it can make a huge difference.

That's an extremely creative way to get out of a rut. Well played, CervantesX.

Developing a hobby is much more than just choosing an activity with which to fill your time. And this? This nails why.