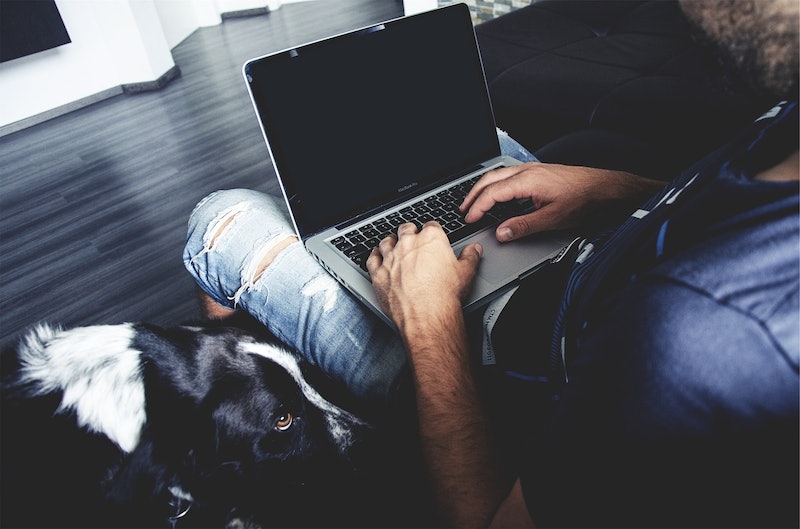 Online harassment is undeniably a huge problem: Everyone from the Bachelorette to tween girls has likely experienced an instance where someone has said something rude or hurtful about them on the Internet. Naturally, anyone who cyberbullies someone else is what a polite person might call a "loser," but a new study has found that this dig might actually have a lot of truth behind it — sexist men are literally losers.

According to the study, men who performed poorly at a video game were more likely to be rude to females playing the game. The researchers' hypothesis was that "female-initiated disruption of a male hierarchy" would trigger sexist behavior and even aggression from the men in the study. To test this theory, they had 163 males and females play an online first-person shooter video game, Halo 3. In short, they found that men with lower-skilled playing exhibited more hostility towards female-voiced players, while men who were better at the game were nicer to both their male and female peers.

“As men often rely on aggression to maintain their dominant social status, the increase in hostility towards a woman by lower-status males may be an attempt to disregard a female’s performance and suppress her disturbance on the hierarchy to retain their social rank,” researchers write.

So essentially, male gamers who perform poorly take out their anger on female gamers in order to pad their wounded egos and maintain some sense of social dominance. The researchers noted that their findings support an "evolutionary argument" that men of lower status and skills have more to lose and therefore exhibit hostility towards women who threaten their status in the social hierarchy.

Whether this behavior has roots in an evolutionary theory or not, this insecurity-driven aggression is disgusting and is telling of the kinds of sexism still prevalent in today's society, no matter what advances are made in feminism. Here are four other examples that prove sexism is, unfortunately, alive and well in many different ways — and here's hoping that feminism can squash these abhorrent behaviors and lead us into a world where men and women are truly on a level-playing field.

1. Sexism In The Workplace

One might assume that us Millennials are all progressive and thus don't have to worry about facing sexism at work amongst our open-minded peers. However, many young women have experienced sexism of varying severity in their offices. Whether it's a water-cooler comment about the shortness of your skirt or a backhanded compliment about how surprisingly well you did on a presentation, sexism at work is degrading and humiliating, and no woman should have to feel like her career is impacted by her gender.

Though it should be crystal clear that women are just as athletic, strong, and powerful as men, many female sports icons have faced serious sexism in their chosen industry. Serena Williams is perhaps the poster-child for sexism in the sports world. Despite her repeated domination of women's tennis, it seems that many news outlets would rather comment on her body than on her athleticism. Newsflash: Her body may not be as thin as a fashion model's, but such comparisons are wholly unnecessary. Her body's incredible strength and agility should be praised rather than criticized.

Recently, news broke that a British reporter allegedly asked Labour Party leadership contender Liz Kendall about her weight during an interview, which is remarkably disgusting, unprofessional, and sexist. To her credit, she told him to "F*ck off" and asked him not to print the exchange, but that didn't stop him from going ahead and writing about how she "maintains her lithe figure" in his piece, rather than focusing on the political issues that really matter. *Rolls eyes*

Many actresses, Jennifer Lawrence chief among them, have spoken out about the sexism and body-shaming women face while trying to land roles in TV shows and movies. Lawrence has said that up-and-comers in Hollywood are often harshly critiqued about their weight, and told to follow strict diets and workout regimens in order to attain the "ideal" body type for the role. However, Lawrence herself no longer faces this kind of pressure, but she says that's only because she has been lucky enough to be in several successful franchises, and Hollywood execs wouldn't dare offend her — they just want her in the movie because she's already a huge star. Crazy idea: How about instead of trying to force women to achieve an unrealistic ideal beauty standard, we simply cast them according to talent?