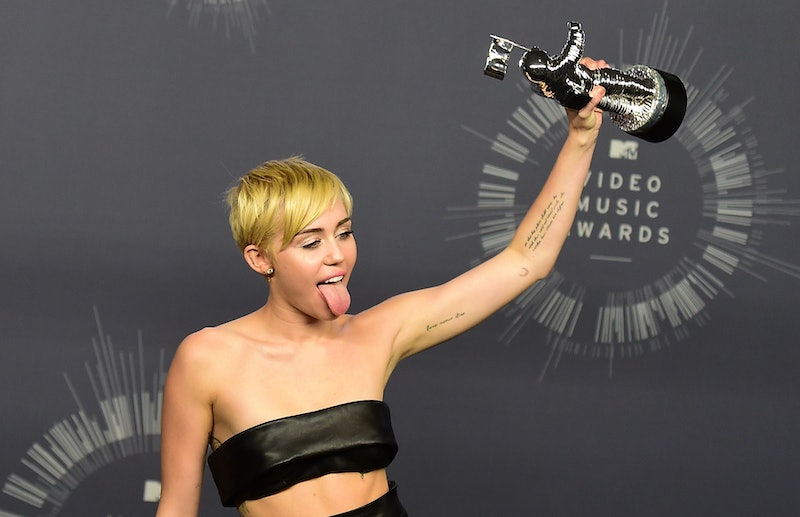 I set out to answer the above questions and shed a little light on the behind-the-scenes workings of the MTV VMA awards. Unfortunately (though I can't say I'm surprised), MTV keeps their lips tightly sealed concerning the nominee selection process for the VMA nominees as well as the voting committee that decides the winners of the 6 'Professional' categories of the awards (Best Direction, Best Visual Effects, Best Cinematography, Best Choreography, and Best Editing).

I have scoured the internet researching this topic, looking for any sign of information that might help me understand how this process works but I found nothing. Absolutely nothing. Usually you can Google something and, even if the results aren't solid, trustworthy answers from reputable websites, you can at least find some good soul who has already asked the same thing as you, whether it be a blogger writing about the issue or a person on Yahoo! Answers who has asked "Who gets 2 pick the MTV VMA nominees?! Y wasn't Nicki nominated more?" But, alas, all my queries on this topic yielded absolutely nothing.

Given all the bad press the Oscars received over their lack of diversity on their selection committee, it's understandable that those in control over these massive award shows would keep their cards close to the chest so as to avoid criticism and keep up an air of mystery surrounding the award show.

However, the remarkable lack of any information concerning how the nominees are selected strikes me as a bit shady. MTV really sells the VMAs as being in the hands of the public. "You decide the winners! It's your choice! Vote now!" etc, etc. What they don't emphasize is that, while the public might get to decide the outcome of (some) of the awards, the public is still ultimately choosing from a pool of MTV's handpicked favorites. You're not choosing from every music video released this year for "Best Video," you're choosing one of a handful of MTV's carefully selected nominees.

The total number of votes submitted during the Voting Period for the "Nominees" in each of the eligible categories will be tabulated by Sponsor and the "Nominee" with the most votes in its applicable category, as determined by Sponsor, will be declared the winner of such category.

If, for any reason, this voting process is interrupted for any reason, is found to have been tampered with in any way, or for any other reason that Sponsor believes in its sole discretion to be reasonably necessary, Sponsor reserves the right to select the winners at its discretion and may take into consideration the number of votes received by a Nominee up until the time of the interruption or cancelation of the voting process.

While this still doesn't shine any light on how the VMA nominees are selected, it does give us some valuable insight into the extent of MTV's ironclad control over the VMAs. MTV is essentially like, "You choose the winners (unless we don't like who you choose)! This is your decision, people (unless we disagree with the winner, in which case, we deserve the right to choose the winner FOR ANY REASON AT ALL without telling you that we purposefully went against the person who received the most votes)."

The VMA voting rules continue on, describing how if votes are tampered with or affected by computer viruses, terrorist attacks, technical failures, etc., MTV reserves the right to determine the outcome of the awards. Okay, accidents and technical problems happen all the time, that's understandable. But then MTV sticks in this kicker:

'At sponsor's sole discretion' seems to be the key here. MTV has all these rules but then sticks lines like this in there to ensure that, no matter what, it's MTV (and not the voters) calling the shots.

After much research and speculation on my part, I know almost nothing more than I did about the MTV VMA nomination processs than when I started this mission. What I have learned, though, is that MTV is pretty adamant about covering their own back and making sure that the fine print gives them total control over the results.

If that's how MTV approaches the 'voters' choice' categories, I can only imagine that the nomination selection process, as well as the selection of winners in the 'Professional Categories,' is even less about what music videos were objectively superior and more about what suits MTV the best and what will bring in the most viewers to up their ratings.