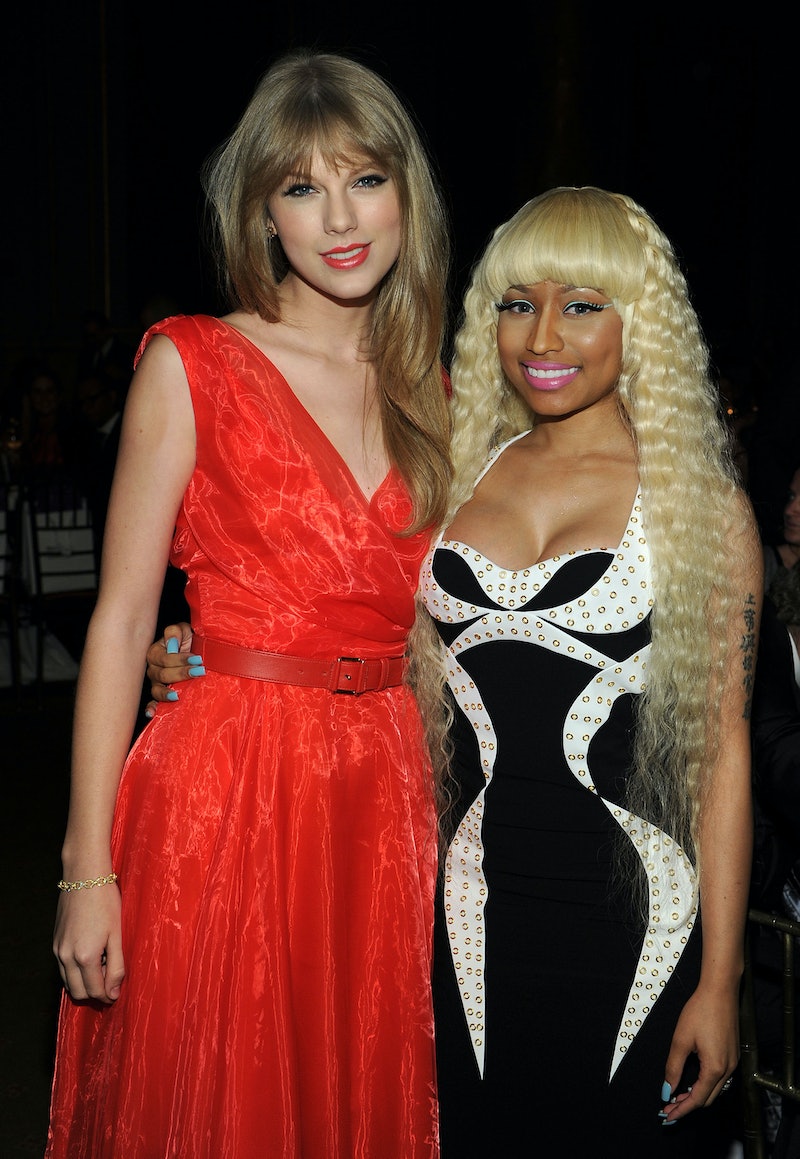 It appears the Twitter exchange, or the so-called "feud" as some have labeled it, between Taylor Swift and Nicki Minaj has come full circle. On Tuesday, Minaj expressed anger over her "Anaconda" video being snubbed when it came to the 2015 MTV Video Music Awards for Video of the Year and seemingly took a jab at Swift for her "Bad Blood" music video, which did receive a nomination. Then, Swift took to Twitter, where she called out the rapper for pitting women against one another. The situation escalated to the point that even singer Katy Perry chimed in. But on Thursday, Swift apologized to Minaj via Twitter and admitted that she was wrong to assume the rapper was calling her out. She tweeted, "I thought I was being called out. I missed the point, I misunderstood, then misspoke. I'm sorry, Nicki."

(Update: On Thursday, Minaj responded to Swift via Twitter thanking her for the apology. She wrote, "That means so much Taylor, thank you.")

Minaj has yet to respond to the 25-year-old, but based on the rapper's past Twitter conversation with Swift, I have a feeling she will in due time. There's been quite a bit of back and forth between fans of either singer. Some continue to support their favorite artist, whether that be Swift or Minaj. Others are giving the conversation a deeper look. Then, there are those people who just think it's absolutely ridiculous that these women, who are also role models for females of all ages, are even having an argument over Twitter.

Should Swift have even responded to Minaj in the first place? Was this whole social media exchange totally unnecessary? I think T. Swift had every right to give her opinion and contribute to the conversation, but in the end, the whole thing was about a larger issue that hits close to home for Minaj — that black women artists have often been snubbed when it comes to entertainment awards. I feel like Swift jumped to conclusions by assuming that Minaj was throwing shade at her. Never once did Minaj mention the singer's name.

With that said, I think Swift should have absolutely apologized to Minaj. But, maybe next time these women could just pick up the phone and have an actual conversation rather than spreading it across Twitter for the world to see. They do have one another's number, right?