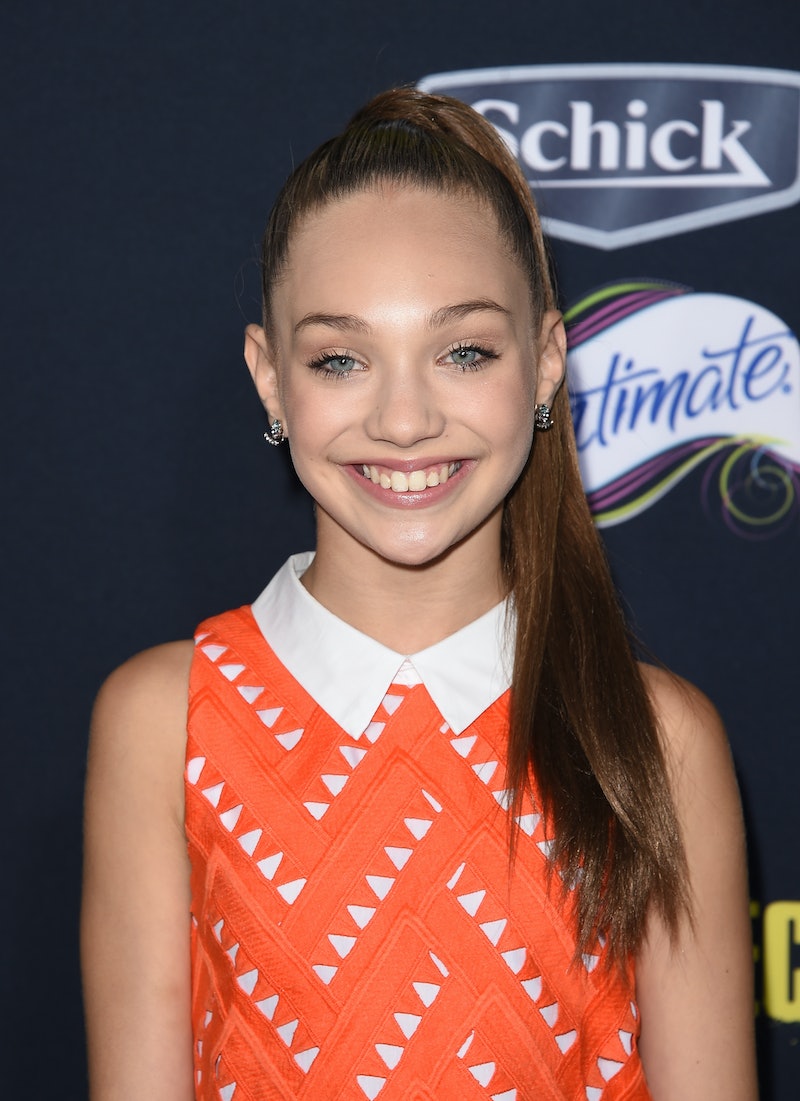 Do you watch Pretty Little Liars every week? Do you live-tweet about the show? Do you wake up in the middle of the night with a brilliant Charles DiLaurentis theory that you just have to share with another die-hard Pretty Little Liars fan? Hey, me too. It happens to the best of us PLL fanatics. You know who else it happens to? Dance Moms star Maddie Ziegler, who also can't get enough of Hanna, Spencer, Aria, and Emily. Do I know for certain that she does all of the above? No, but let's face it, she's dedicated to PLL , so if she hasn't been stirred in the middle of the night by some genius A idea, it's bound to happen soon. Plus, the way Ziegler tweets about PLL proves that she can't get enough of the ABC Family series.

Not only does she express her love of Rosewood and the Liars across social media, but she also does it as a dancer. I mean, she did guest star in a Season 6A PLL episode, where she played a super creepy dancer at Radley Sanitarium that may or may not have caused me more nightmares than the girl from The Ring. Anyways, Ziegler shares some of the best tweets about the series. So, if you're looking for another individual who expresses their obsession for the series just as much as you do, well then I recommend you start following the 12-year-old, stat.

When She Tweeted The PLL Cast

What Pretty Little Liars fan hasn't tweeted the cast? However, unlike her, I'm still waiting to star on PLL and actually receive a response from the Liars...

When She Didn't Know A's Identity

I feel the same exact way.

When She Taunted PLL Fans

When She Loved All Of The Liars

When She Described The Show

When She Made Us All Jealous

More like this
What’s New On Netflix: 'Stranger Things' & 'Somebody Feed Phil' Return
By Arya Roshanian
What’s New On Netflix: A Victoria Justice Rom-Com & The Return Of David Letterman
By Arya Roshanian
Twitter Is In Utter Meltdown After 'Derry Girls’ “Poignant” Finale
By Sam Ramsden
Everything To Know About 'The Circle' Season 5
By Gretchen Smail
Get Even More From Bustle — Sign Up For The Newsletter