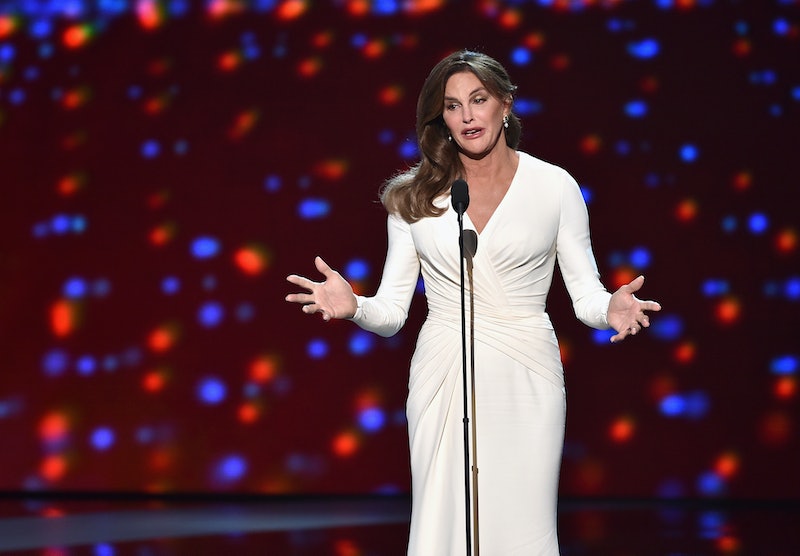 Caitlyn Jenner may be our most famous transgender woman at the moment, but she certainly is not alone. Thankfully, the I Am Cait star has made a point of befriending and learning from other trans women who have been through similar — and important and different — journeys of their own. Although we've seem them out and about with Jenner these days, we might not be completely familiar with all of their faces. So who are Caitlyn Jenner's friends in the trans community?

Since her debut on the July 2015 cover of Vanity Fair , Caitlyn has been seen out in public with many other public LBGT figures. This is fantastic, since Caitlyn shouldn't have to navigate her new status as a transgender icon and hero on her own. In a promo for the new E! reality series, Caitlyn Jenner reveals that she is sometimes unable to sleep because she's too stressed worrying about her impact, and whether or not she's handling her public life correctly. However, I'm not too worried. From the looks of it, she's surrounded herself with an excellent support network of powerful trans women. The more friends Caitlyn makes, and the more voices she is exposed to, the greater her impact will be for the trans community.

So, who exactly has Jenner been rubbing elbows with? Let's take a look at the star-studded dinner that took place after Pride celebrations in New York City last month. With Caitlyn Jenner in this group are model Geena Rocero as well as actress Candis Cayne.

And naturally, Caitlyn Jenner met up with Orange is the New Black star Laverne Cox.

Finally, here's a peek at one of Jenner's girls' nights at her home that we heard mention of in her Barbara Walters interview. I like the sentiment in the caption. Here's hoping some of these women get to tell their stories on I Am Cait, and that Caitlyn Jenner continues to meet new people who can uplift her and keep her company on this exceptional journey.

More like this
'Heartstopper's Kit Connor Called Out Twitter For Making Assumptions About His Sexuality
By Nola Ojomu
How A Stint In BBC’s Newsroom Prepared Hiftu Quasem For 'Ten Percent'
By El Hunt
Sandra Bullock, Girlboss Extraordinaire
By Matt Harkins & Viviana Olen
Spice Girls’ Net Worth: The Richest Member Is Wealthier Than The Rest Combined
By Hugh McIntyre
Get Even More From Bustle — Sign Up For The Newsletter