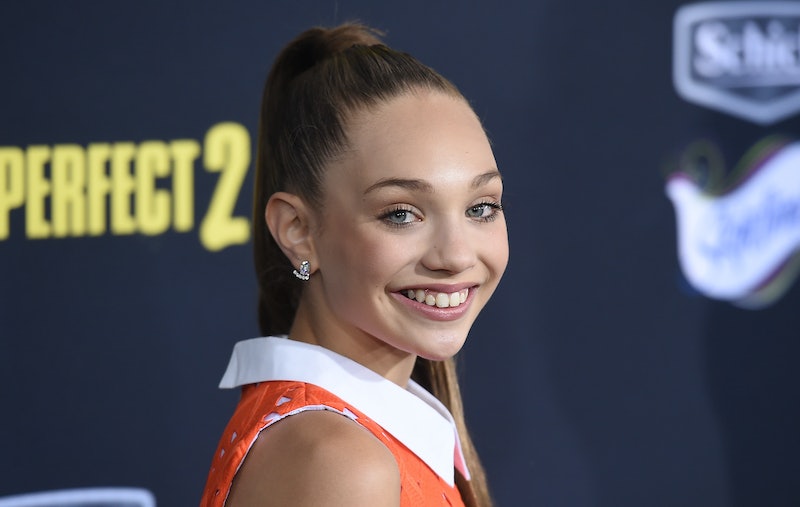 It's 2015 and Maddie Ziegler is everywhere. The Dance Moms star got her breakout gig starring in Sia's "Big Girls Cry" and "Elastic Heart" videos, but since then she's fronted a Betsey Johnson x Capezio campaign, landed a creepy role in Pretty Little Liars and even hung out with Taylor Swift backstage on the 1989 World Tour. With rumors swirling around her Dance Moms future, will Maddie Ziegler get her own show?

Back in June, she told MTV Australia that she wasn't sure about her plans for the sixth season show. "We just finished season five and I’m not sure what’s going to happen for season six. I don’t know if I’m going to do it or not, so it just depends," Ziegler said.

Seeing as many ALDC member have moved on, it would make sense if Ziegler did as well. Of course, things are going pretty swimmingly for her on Dance Moms. She recently had her own special throwback episode highlighting her incredible career.

She also told MTV that she's interested in pursuing another art: Acting.

"I particularly want more acting. I’ve been auditioning a lot and I definitely want to act," she explained. "My favorite TV show is Pretty Little Liars and I actually made a guest appearance on it. I didn’t really have lines for my character, but I definitely want to get more into those kinds of shows. It was the best week of my life because it’s my favorite TV show, so I got to hang out with one of the girls, and I got to meet all the other ones. It was just really fun and I got to see the whole set and it was just so fun."

Ziegler's IMDB page doesn't reveal anything about her future projects and if she's getting her own show, she's kept quiet about it on her Twitter. Given her immense talent, maturity and grace, she's the perfect person to ground her own reality show. On top of that, her career's skyrocketing, making this the best time to get an insider look at her life. If and when the show happens, I know I'll be tuning in!