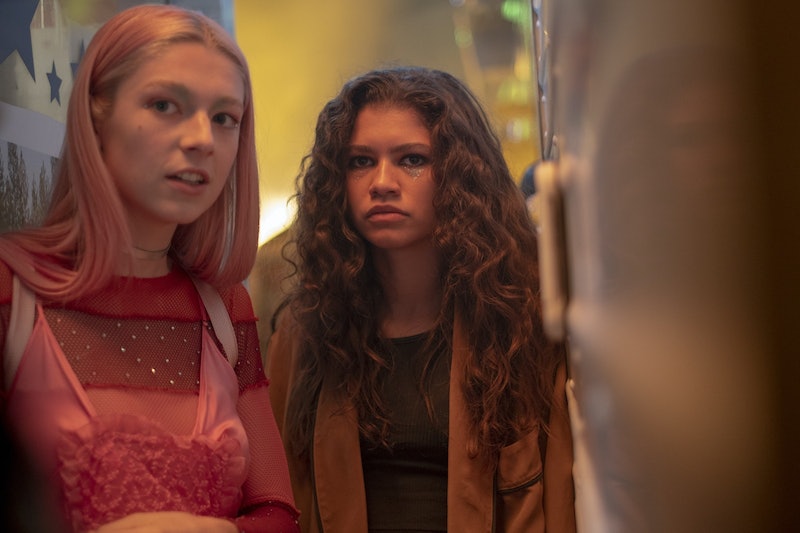 These may be uncertain times, but at least TV fans can count on the Emmy nominations to distract them for just a moment. However, before celebrating all of the critical darlings and fan favorite shows that managed to earn nods this year, we should take a look at the most unforgivable Emmy snubs of 2020. Every year there are plenty of beloved programs and impressive performances that are overlooked by the Television Academy, and because 2020 intends on breaking everyone's spirits, this year was sadly no exception.

While Zendaya managed to land her first ever Emmy nomination for her performance as Rue in Euphoria, the gritty teen drama was almost entirely snubbed by the Academy, with its only other nomination coming — rightfully — in the Outstanding Contemporary Makeup category.

Meanwhile, on the comedy side, The Good Place was honored for its final season with an Outstanding Comedy nomination, and nods for Ted Danson, William Jackson Harper and D'Arcy Carden. Notably missing from the list, however, was the show's lead actress, Kristen Bell, who was shut out of the Outstanding Actress category this year — a decision that will no doubt land Academy voters in The Bad Place. Clearly, Shawn must have been in charge of choosing nominees this year — see who else he decided to leave off the final list below.

Despite being one of the biggest shows of 2019, tackling issues ranging from domestic violence to substance abuse to mental illness and being singlehandedly responsible for making sales of glitter eyeshadow skyrocket, Euphoria was denied an Outstanding Drama nomination. While Zendaya's stunning, devastating lead performance as Rue was recognized by the Academy, it seems voters are still reluctant to recognize teen dramas as highbrow television in their own right.

There are so many actors on Euphoria who deserved to be recognized with an Emmy nomination, but the absence of the show's breakout star, Alexa Demie really stings. As Maddy, the popular dancer trapped in a toxic relationship with her boyfriend Nate (Jacob Elordi), Demie stole every scene she was in, whether she was covered in rhinestones or going incognito in a black hoodie and sunglasses.

Well, this is just forking unfair. The final season of The Good Place got some well-deserved attention from the Television Academy this year, but Bell — who had perhaps the biggest and most meaningful arc on the show as former "Arizona dirtbag" Eleanor Shellstrop — was notably missing from the list.

Apparently, the TV Academy wasn't as mesmerized by Connell's chain necklace as the rest of the world. Normal People, the steamy Hulu series about two Irish teenagers embarking on an epic, star-crossed relationship during their high school and college years, was snubbed in the Limited Series category in news that was just about as devastating as ... well, Normal People itself.

She may have made everyone consider cutting bangs, but Edgar-Jones didn't land an Emmy nomination for her performance as Marianne. Thankfully, her costar Paul Mescal was nominated, so the show wasn't totally ignored, but it does seem unfair to only honor half of the hottest onscreen couple of the year.

Witherspoon starred in an astounding three different series that earning Emmy nominations in 2020, but the Oscar winner herself didn't earn a single nod for any of her performances. It's enough to make you want to throw an ice cream cone at someone's head, Madeline Mackenzie-style.

Stranger Things was nominated for Outstanding Drama Series, but none of the show's stars were honored for their performances in Season 3. Jim Hopper did not fight a Demagorgon, survive a giant explosion and get sent to a Russian prison camp just to be ignored by the Television Academy!

Yes, Billy Porter managed to land a nomination for Outstanding Lead Actor in a Drama the year after his historic win, but Pose itself was otherwise ignored by the Television Academy, despite turning out another truly fabulous season.

Wever has won two Emmy awards in the past — in 2013 for Nurse Jackie and again in 2017 for Godless — so it was doubly surprising that she was snubbed for her performance in the powerful Netflix series Unbelievable. Even more shocking is the fact that Wever earned a Golden Globe nomination back in January, so she was considered a lock for the Limited Series category.

Davis became the first Black woman to win the Emmy for Outstanding Lead Actress in a Drama Series in 2015, but she was denied the opportunity to try for another trophy based on her performance in the final season of HTGAWM. Sure, Analiese Keating will live on in fans' minds and hearts forever — but it would have been nice to see her honored for the role one more time.

Never Have I Ever — Outstanding Comedy Series

Never Have I Ever, Netflix's standout comedy series, was grossly overlooked this year. Creator Mindy Kaling responded to a tweet about the show's snubs, thanking the audience and positive reviews, and writing in part, "Sometimes a show like ours will always seem ethnic or niche to a certain group of people." Justice for newcomer Maitreyi Ramakrishnan, who deserved a nod for her leading debut as Devi.

More like this
At 28, Rosie Perez Risked Her Career To Stop Playing Stereotypes
By Gabrielle Bondi
'The Crown' Season 6 Has Suspended Filming "Out Of Respect" For The Queen's Death
By Bustle Staff
Here’s Everything Coming To & Leaving Netflix In February
By Jake Viswanath
'Abbott Elementary' Fans Probably Missed This 'Parent Trap' Easter Egg
By Sam Ramsden
Get Even More From Bustle — Sign Up For The Newsletter
From hair trends to relationship advice, our daily newsletter has everything you need to sound like a person who’s on TikTok, even if you aren’t.