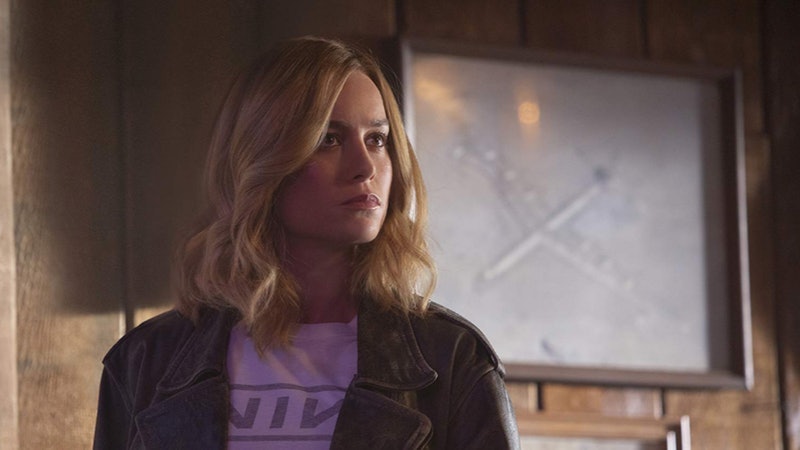 We probably don’t need to tell you that March is Women’s History Month (no doubt you already got that calendar reminder), but just in case, here’s your annual nudge to take a moment to reflect on the awesome acts of those who came before us — and to look ahead to an even brighter future for all women.

Of course, there’s no shortage of ways to celebrate this month, whether it’s listening to a herstory-themed podcast or decorating your space with a girl-power print or two. And you certainly can’t go wrong with a movie or TV show featuring an inspiring female lead.

Whether you’re looking for a documentary about a pioneering dame or want a bit of escapism with a supercharged superhero, here are just a few of the titles you should check out on Disney+ in honor of Women’s History Month:

“Computers who wore skirts.” That’s how mathematician Katherine Johnson described the pool of NASA employees—herself included — who performed hundreds of complicated calculations for the aerospace agency, long before we all had iPhones hanging out in our pockets. Though their work often went unsung, it was critical for the U.S. space program: Johnson’s flight trajectories would eventually help land a man on the moon! In 2016, her story finally got some of the shine it deserved with the Oscar-nominated film Hidden Figures, in which actress Taraji P. Henson portrayed the gifted scientist, making her a hidden figure no longer.

Way before astronauts had their sights set on Mars — or even the moon — one of the greatest flights imaginable was across the wide blue expanse of the Atlantic Ocean. And aviatrix Amelia Earhart was the first woman to take that journey solo in 1932. Tragically, just five years later at the age of 39, Earhart and her plane went missing over the Pacific Ocean during an attempted around-the-world flight, and she was declared dead two years after that. In this 2019 documentary, explorer Robert Ballard traces the last steps of Earhart and, in the process, delves deep into the life of one of our country’s boldest heroines.

If it’s powerful protagonists you’re looking for, you’ll find a pair of them in this new Disney classic. Frozen stars Idina Menzel as Elsa, a queen who possesses magical abilities she can’t quite control, while Kristen Bell plays her loving and loyal sister Anna, who wants to help make everything right. The animated film is not only an Oscar-winner, but features one of the catchiest songs of all time. (You’re humming it already, aren’t you?)

Female superheroes have long played an important role in the Marvel Cinematic Universe (hello, Black Widow!), but it took until 2019 for a woman to lead one of the franchise’s box-office bonanzas. With Captain Marvel we were introduced to Carol Danvers, (arguably) the Earth’s mightiest hero played by actress Brie Larson. (The film was also the first in the MCU to be helmed by a woman, co-director Anna Boden). With Captain Marvel II slated for 2022, do you really need any more reason to fly high for the first (or 400th) time with Carol?

Now, listen, this isn’t really the forum for a heated debate over which Avenger truly is the strongest (we’ll leave that to the rest of the internet), but if anyone can go toe-to-toe with the powerful Captain Marvel, it’s surely Scarlet Witch, played by Elizabeth Olsen. I mean, she can morph reality, you guys! It’s a skill that’s on full display in her new superheroes-meet-sitcoms miniseries WandaVision. With all seven episodes streaming on Disney+, now’s a great time to binge the whole thing (and finally understand what that Kathryn Hahn winky meme is all about…).

Star Wars: The Rise of Skywalker

One word: Reyyyyyyyyyyyy! The final chapter of the Star Wars sequel trilogy finds the Jedi-in-training (played by Daisy Ridley) helping lead the Resistance against Kylo Ren (Adam Driver) and the First Order. To say much more would spoil things for the uninitiated, but suffice to say, Rey’s the perfect heroine for a galaxy far far away — and our own.

Make sure to sign up for Disney+ today if you haven’t already!

More like this
Then Vs. Now Photos Of The 'Enchanted' Cast In 2007 & The Sequel's Stars In 2022
By Marina Watts
Everything To Know About 'Andor' Season 2
By Gretchen Smail
Millie Gibson Still "Can’t Believe" She Was Cast As Doctor Who's Companion
By Brad Witter
This 'Black Panther' Character Is Starring In Her Own Marvel Show Next Year
By Grace Wehniainen
Get Even More From Bustle — Sign Up For The Newsletter