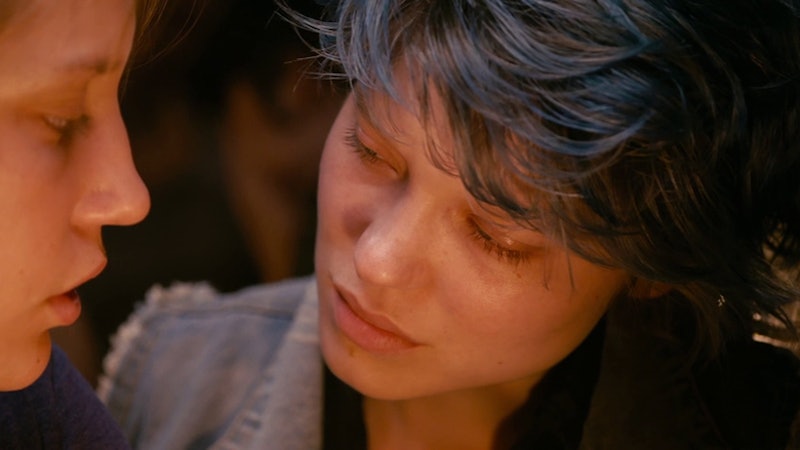 Generally speaking, you and your significant other probably don't need any outside help when it comes to getting in the mood. After all, you're both hot — not to mention hot for each other — and sometimes all it takes is one of those looks for one of you to get the hint that it might be time for a little action between the sheets. Still, that doesn't mean putting on a sexy movie to help you get things going is a bad idea. In fact, checking out a movie that has a little romance in it could be just the thing to take your encounter as a couple to the next level and get you ready to, well, get it on.

Look, I feel like a total pervert recommending that you sit and watch movies purely for the sex scenes so that you can get ready to get yours, but we're all mature adults here, right? We're on the same page? Good, because there are some really classic, hot sex scenes in movies that are really well-done, pretty realistic, and at the end of the day, sexy as hell. Just go with it — you and your significant other are in for a treat, I promise.

These are some of the sexiest movies available to stream that you and your partner should watch together to get in the mood.

Blue Is The Warmest Color

Jennifer Tilly and Gina Gershon in a lesbian relationship AND a plot to steal millions of dollars of mob money and frame Gershon's character's boyfriend? What's not to love about this movie? Bound is another sexy classic, and for good reason. This whole movie is dark and twisted, which is just how I like 'em. (Oh, have I said too much?)

Nicholas Sparks is not for everyone and it can be hard to get some people to sit down on the couch and give it the respect it deserves. I totally get why. They're... kind of cheesy, to say the least. However, The Notebook is absolutely legendary (though admittedly I only saw it for the first time a few months ago), and it had some great romantic love scenes if that's your style. If anything, these two sure know how to makeout.

Back when Secretary first came out, there wasn't anyone who wasn't talking about it/turned on by it/totally into it, regardless of their sexual orientation. It was the first movie of its kind, and featured a very hot James Spader and Maggie Gyllenhaal engaging in extra-curricular activities inside work hours, like spanking, domination, the works. It still stands up to this day, and at least it has a happy ending.

The ice cube scene will forever go down in history as one of the most squirm-worthy (in a good way) ever in movies. Kim Basinger was hot, Mickey Rourke was hot, and together, they were on FIRE. Watch and enjoy.

More like this
Why The '365 Days' Sex Scenes Are Good, Even If The Movies Aren’t
By Arya Roshanian
Lisa Marie Presley Reviewed Baz Luhrmann’s ‘Elvis’ Movie On Twitter
By Grace Wehniainen
What’s New On Netflix: A Victoria Justice Rom-Com & The Return Of David Letterman
By Arya Roshanian
Elizabeth Olsen's Chris Evans Friendship Update Was Accidentally Hilarious
By Grace Wehniainen
Get Even More From Bustle — Sign Up For The Newsletter

This article was originally published on July 8, 2015