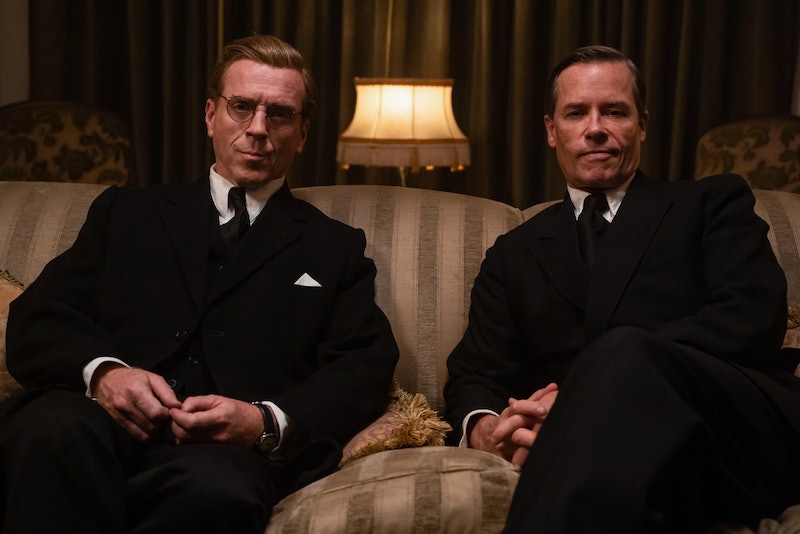 Following the debut of ITV’s brand-new streaming service, ITVX, subscribers have plenty of compelling British dramas to delve into this winter. This includes the much-anticipated series A Spy Among Friends, which follows the story of a Soviet defector within the British MI6 intelligence service during the Cold War. Naturally, viewers might soon wonder what inspired the ITV drama, and ask the question: is A Spy Among Friends based on a true story?

Adapted for television by Alex Cary, the series is based on Ben Macintyre’s 2015 book of the same name and inspired by the true story of real-life British intelligence officers, Kim Philby and Nicholas Elliot. As per Radio Times, Philby and Elliot were close friends and colleagues for many years. However, Philby’s loyalty was eventually called into question, forcing Elliot to interrogate his longtime friend.

In 1963, Philby was confirmed to be part of the Cambridge Five spy ring — a group that had been sharing confidential British intelligence secrets with the Soviet Union. After being uncovered, Philby escaped to the Soviet Union where he lived until his death in 1988.

ITV’s A Spy Among Friends sees lead stars Damian Lewis and Guy Pearce portray Elliott and Philby, respectively. The pair are joined in the show’s cast by Anna Maxwell Martin (Line Of Duty), Stephen Kunken (Billions), and Adrian Edmondson (Back To Life), among others.

Speaking to Radio Times, Pearce admitted that he didn’t know “any detail” about the history of Philby and the Cambridge Five prior to filming, but soon became gripped by their real-life stories.

“I had a lot of work to do when I started this. I wasn't really aware of Nicholas Elliott. But I very quickly found myself intrigued,” he shared, adding that one of the show’s greatest appeals is its relatability. “The question of friendship and the betrayal of friends is something we can all perhaps relate to, even if we haven't been betrayed.”

Co-star Lewis also disclosed that he “didn't know anything about Nicholas Elliott” until reading Macintyre’s 2015 book, and described the true story as “awfully tragic” and an “intimate betrayal.”

All six episodes of A Spy Among Friends are available to stream on ITVX.

More like this
Everything To Know About The 'Daisy Jones & The Six' TV Series
By Maxine Harrison and Brad Witter
'Magpie Murders' S2 Will Include A *Major* Shake-Up
By Sophie McEvoy
The Song At The End Of 'The Last Of Us' Ep 1 Has A Deeper Meaning
By Sophie McEvoy
ITV's 'Maternal' Was Inspired By A Very Simple – & Unanswerable – Question
By Maxine Harrison
Get The Very Best Of Bustle/UK
Sign up for Bustle UK's twice-weekly newsletter, featuring the latest must-watch TV, moving personal stories, and expert advice on the hottest viral buys.