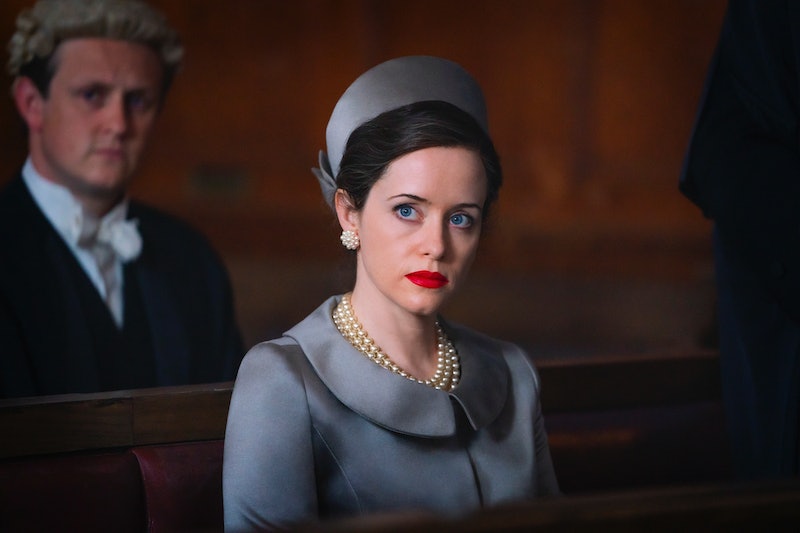 BBC One’s follow up to the 2018 A Very English Scandal – which depicted the rise and fall of former Liberal Party leader Jeremy Thorpe – is set to be an equally extraordinary tale that once more highlights the prejudiced views of ‘60s Britain. A Very British Scandal focuses on one of the most notorious and brutal legal cases of the 20th century: the divorce of the Duke and Duchess of Argyll, played by Paul Bettany and Claire Foy. But what happened to the Duchess of Argyll after her divorce?

The Duke and Duchess of Argyll’s divorce was ultimately granted in 1963, but not before the duchess’ name and reputation had been truly dragged through the mud. Known in aristocratic circles for her charisma, beauty, and style, Margaret Campbell, Duchess of Argyll, found herself plastered on the front pages of newspapers amid accusations of forgery, theft, drug-taking, and bribery, and the exposure of explicit Polaroid pictures that were to haunt her for the rest of her life.

A Very British Scandal uses the Argyll’s acrimonious divorce as a starting block for exploring the social and political climate of post-war Britain. Margaret was vilified in the press, in court, and in her social circles for the accusations, highlighting the attitudes towards women at the time.

“Writing the story of Margaret’s life, and the events leading up to, and including, her divorce from the duke, has been a passion project of mine since 1993 when I first heard her name and started learning about her,” A Very British Scandal creator and writer Sarah Phelps said in a statement. “I felt very strongly that she’d been punished for being a woman, for being visible, for refusing to back down, be a good girl and go quietly. This drama is my tribute to her.”

Even as her contemporaries revelled in her fall from grace, Margaret kept her head held high. Although ostracised by the society that had flocked to her parties, the duchess continued to be a favourite subject of gossip columnists as her growing feuds with family, landlords, bankers, and biographers were all documented, usually with some of Margaret’s assistance.

According to a profile of the “Dirty Duchess” in the New York Times, Margaret tried to capitalise on her notoriety by opening her Mayfair house to paying visitors in the ‘70s, until in 1978 when she was obliged to sell it and move into an apartment in the Grosvenor House Hotel. She was then evicted in 1990 for unpaid rent and placed in the nursing home where she passed away three years later, in 1993, after a fall in her bathroom broke her neck.

The story of her resilient character lives on in Claire Foy’s depiction of her in A Very British Scandal, directed by Anne Sewitsky and produced by Chris Ballantyne, and in an opera written shortly after her passing, Powder Her Face, by Thomas Adès.

A Very British Scandal will premiere on BBC One at 9 p.m. on Boxing Day. All three episodes will be available as a boxset on BBC iPlayer from then, and the series also continues across the following two nights (Dec. 27 and 28) on BBC One.