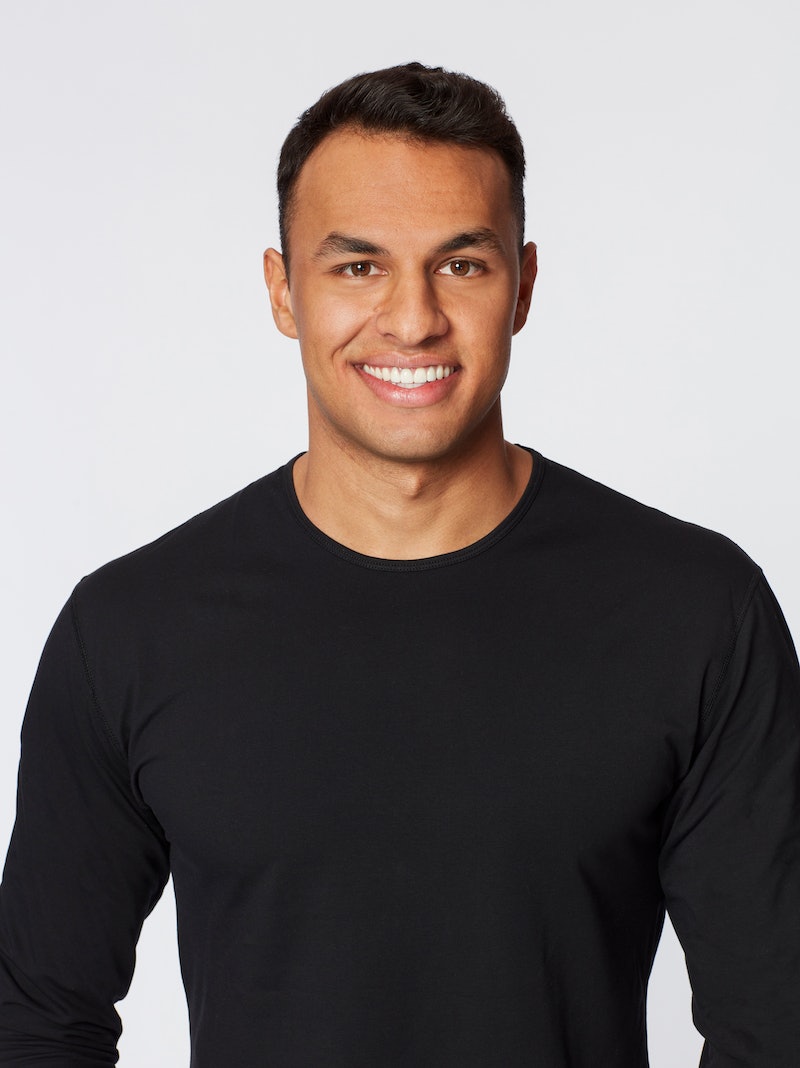 Katie’s season of The Bachelorette is now in full swing, and many of her contestants have made a name for themselves. Whereas men like Thomas Jacobs and Karl Smith emerged as pot-stirrers, Aaron Clancy has become one of the house’s louder voices in sniffing out the drama. Here’s what to know about the 26-year-old San Diego native.

True to his California roots, Aaron is a huge fan of In-N-Out, a devout Lakers fan, and has an obvious propensity for sunsets and surfing. Should he prove to make it far this season, Katie could be traveling to sunny California to meet his family. In fact, she was recently in Aaron’s hometown: in May, Katie spent a week in San Diego with fellow Bachelor Nation stars including Jessenia Cruz, Marylynn Sienna, Alana Milne, Sarah Trott, and Chasen Nick. Afterward, she even hinted on Instagram that the city “might be a future place I call home,” though it’s worth noting she has a few contestants from the area.

Aaron’s Job Is In Insurance

When he’s away from the beach, Aaron works as an insurance agent for a company called Health IQ, which caters to seniors with an active lifestyle.

Most of Aaron’s Instagram feed features pictures of him in the gym, save for the other shirtless photos of him on the beach. As is often the case with Bachelorette contestants, Aaron has a background in athletics, having competed as a swimmer at the collegiate level for UC San Diego. Beyond his Instagram, Aaron’s social media footprint is fairly nonexistent, as his Facebook page appears to be deactivated.

Aaron Is Looking For A Supportive Partner

Aaron seems to know who he is and what he wants, which according to his Bachelorette bio is “to leave a legacy behind, so he needs a partner who is going to support him and encourage his dreams.” Support seems to be one of Aaron’s strengths, given that he acted as a support system for Katie after night two’s dramatics proved too frustrating. Much like Katie did as a contestant on Matt’s season, Aaron is becoming a shoulder for her to lean on when times get tough, but only time will tell if Katie will go from venting to Aaron to venting about him.

It took no longer than two episodes for Aaron to get someone sent home. The second episode of the season, which aired on June 14, saw him and a fellow contestant, Cody, aggressively mud-wrestling during a group date. It was obvious the two men didn’t like each other, having gotten into an odd argument seemingly over nothing on night one. Near the end of the second episode, Aaron took Katie aside and told her that Cody wasn’t there for the right reasons, a warning that Katie took to heart, immediately eliminating Cody. It was also in the second episode that Karl told Katie there were actually several men not there for the right reasons, and Katie turned to Aaron for advice. She picked him specifically, trusting his judgement about the other contestants.

Later in the season, Aaron was one of the men who used his time alone with Katie to try to besmirch Thomas. In fact, Aaron’s insistence in coming forward about Thomas led to a one-sided shouting match between him and Andrew S., forcing the drama in the house to reach a boiling point.

How Far Aaron Makes It

Without giving too much away, things don’t look all that great for Aaron. The only time we see him in the midseason trailer is during a one-on-one interview where he’s wiping away tears with a tissue, likely pointing to a disappointing departure for Aaron that will come sooner rather than later.