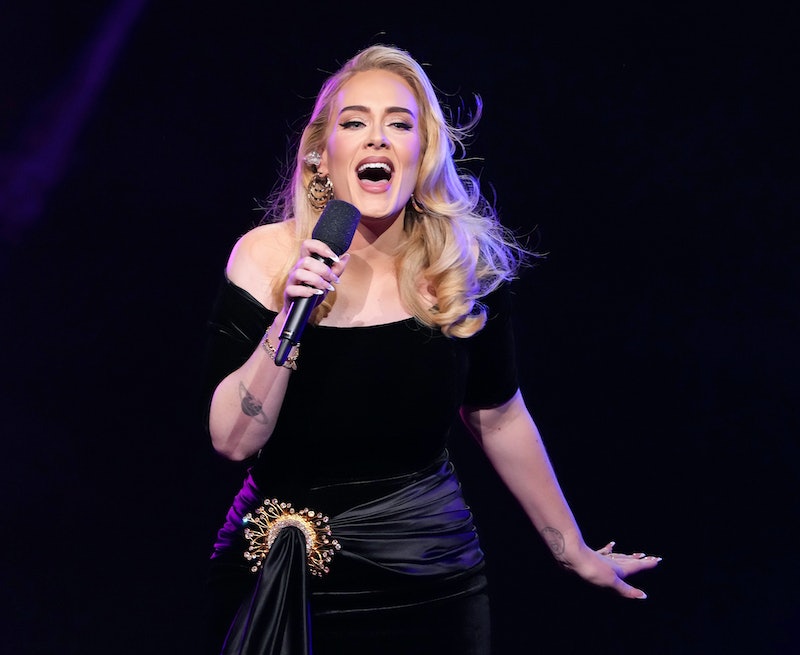 The odds of Adele’s Las Vegas residency kicking off with an emotional first night were no real gamble. As the 15-time Grammy winner belted out such tearjerkers as “Someone Like You” and “When We Were Young,” concertgoers weren’t the only ones crying at Caesars Palace on Friday, Nov. 18. The first of 32 scheduled “Weekends with Adele” concerts hit plenty of high notes, making the whole experience a roller coaster of emotions for all involved.

Just one day before her debut performance, Adele admitted on Instagram that, yes, even she gets nervous before her shows. “I’m feeling all sorts as I write this. I’m highly emotional, incredibly nervous but can’t sit still because I’m so excited,” she captioned a behind-the-scenes rehearsal shot on Nov. 17. “I always get scared before shows, and I take it as a good sign because it means I care and means I just want to do a good job. ... It’s safe to say I’ve never been more nervous before a show in my career, but at the same time I wish today was tomorrow! I can’t wait to see you out there.”

Elsewhere in her caption, Adele admitted feeling “a million miles away from home,” adding, “I can’t stop thinking about when I was little and saw Tom Jones in Mars Attacks and thought blimey how did he get from Wales to Las Vegas!?”

When Adele did finally arrive in Sin City after postponing her planned January 2022 start date, the crowd certainly went easy on the singer. “Thank you so much for coming back to me. ... You look amazing, and it looks just how I [imagined] it would look like. It’s just perfect, thank you,” she told the audience, earning her a standing ovation. “I am so scared and I’m so nervous, but I’m so happy. I don’t know what the f*ck I was thinking, putting piano ballads at the top of the set; hopefully over time my nerves will disappear.”

“Only legends have been through these doors,” Adele added, per The Sun. She also joked about ruining her makeup and noted that she felt like “her favorite,” Celine Dion, whose own residencies at the Colosseum at Caesars Palace made her want to perform there. “I’m so honored,” Adele continued. “I have no idea what I’ve embarked on for five months, but I can’t wait. I will remember this night for the rest of my f*cking life. Better late than never.”

Since what happens in Vegas apparently doesn’t always stay in Vegas, plenty more concert reports quickly appeared on Twitter. Among those who attended the Nov. 18 kickoff of the residency — which runs through March 25, 2023 — were Adele’s 10-year-old son, Angelo; her boyfriend, Rich Paul; and British rapper Stormzy. Various Twitter accounts shared that Adele made her way into the audience multiple times, and even kissed both Paul and Angelo during her rendition of 2015’s “When We Were Young.” Other highlights for concertgoers? Adele performed “Set Fire to the Rain” while her piano was “literally on fire,” and later disappeared into a shower of confetti.

It seems that Adele didn’t have as much to be nervous about as she first thought.