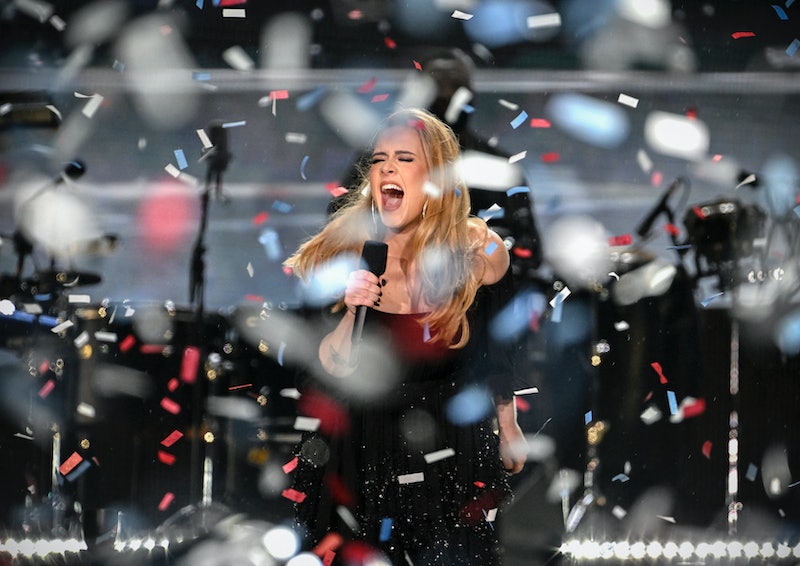 After months of drama and speculation, Adele has opened up about being forced to cancel her hotly-anticipated Las Vegas residency — telling Elle that being forced to let down her fans was “devastating”. Originally set to begin at Caesars Palace at the start of 2022, the London singer-songwriter pulled out of her planned run of shows with just a day’s notice. “I’m gutted,” she said in a tearful Instagram statement on Jan. 20. “I’m so upset, and I’m really embarrassed, and I’m so sorry to anybody that’s travelled, again.”

“It was the worst moment in my career, by far,” she told the magazine, before elaborating on the difficult decision to pull the planned live outing for her most recent album, 30. “There was just no soul in it,” she said. “The stage setup wasn’t right. It was very disconnected from me and my band, and it lacked intimacy. And maybe I tried too hard to give it those things in such a controlled environment.”

Following the announcement, Adele explained that she “went into hiding” and even put a pause on promoting 30 for fear she would anger disappointed fans who bought tickets for her residency. “The first couple of months was really, really hard,” she said. “I was embarrassed.” Still, the artist added that she still stands by her decision, which “actually made my confidence in myself grow, because it was a very brave thing to do. And I don’t think many people would have done what I did. I’m very proud of myself for standing by my artistic needs.”

Elsewhere, Adele also elaborated on what audiences can expect from her newly rescheduled residency, where last month Adele delivered on her promise to reschedule the gigs, and will now be heading to Vegas from November 2022 until March 2023.

After teaming up with architectural designers Stufish for her performance at The BRIT Awards and her BST Hyde Park shows, she’ll be continuing the collaboration going into the Vegas shows, which are partly inspired by the warm fireplace in her Los Angeles home. “It’s tiered stone, and I’d been playing over in my head how vast the stage is in Vegas. I was like, How do I make a stadium-size stage feel small in that room? I noticed all the borders around the fire, and I was like, What if I treat it like a puppet stage?”

“I want to tell the story of the beginning of my career to now,” she added. “I’m not gonna give too much about it, but the show grows. The show grows. It’s all about the music, and it’s really, really nostalgic. It’s gonna be really beautiful.”

More like this
Stormzy’s “Mel Made Me Do It” Is A Tribute To Black Talent & Success
By Catharina Cheung
Mariah Carey Is Releasing Her “Lost” '90s Grunge Album
By El Hunt
Twitter Is In A Tizzy Over David Beckham Queuing To See The Queen
By Shahed Ezaydi
The Prince William & Rose Hanbury Rumours, Explained
By Frances Stewart and Sam Ramsden
Get The Very Best Of Bustle/UK